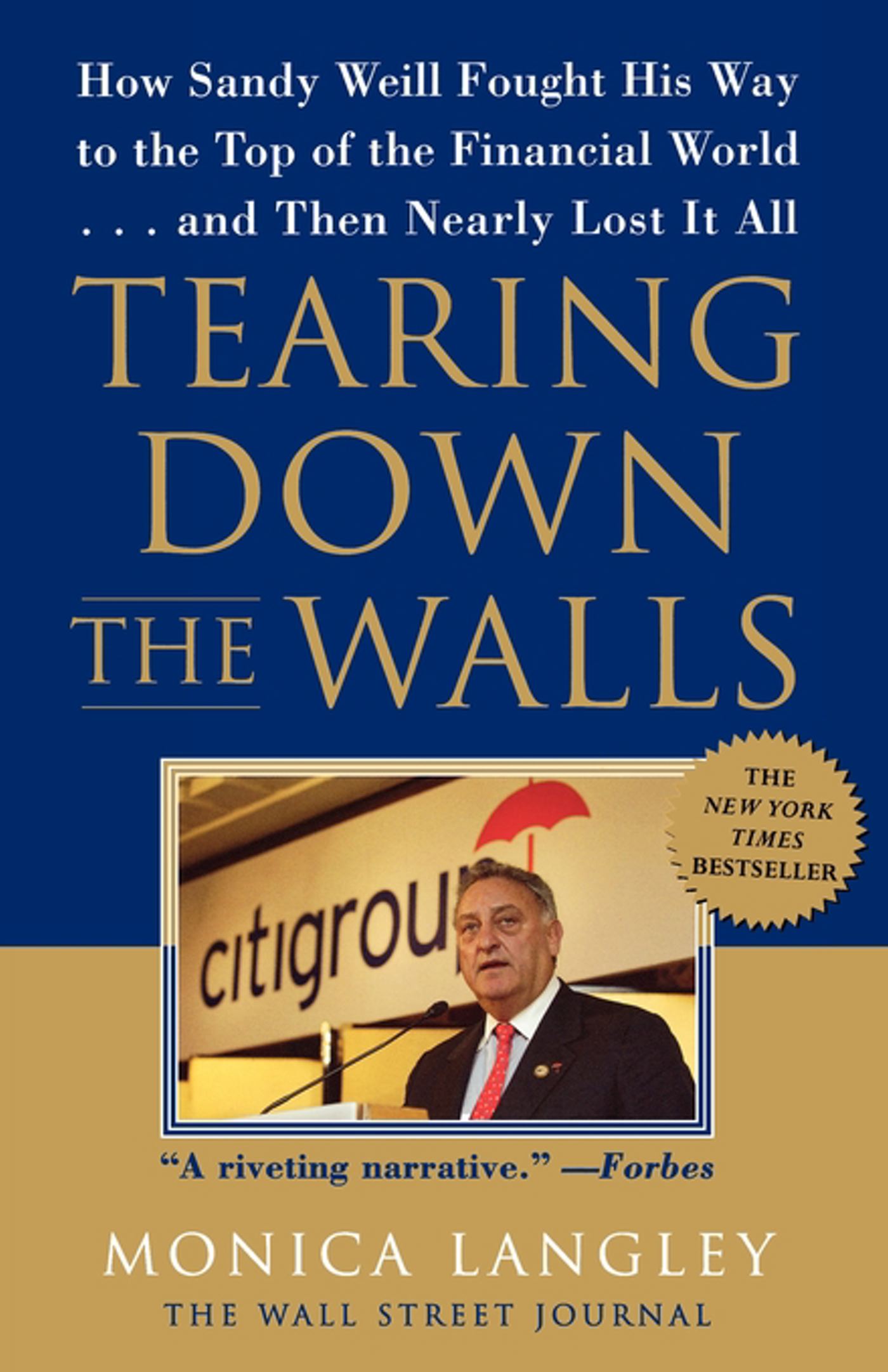 Tearing Down the Walls

How Sandy Weill Fought His Way to the Top of the Financial World. . .and Then Nearly Lost It All

The very night that Sanford "Sandy" Weill, the chairman and chief executive officer of Citigroup, was being feted on the floor of the New York Stock Exchange as CEO of the Year, the television screens above the floor were flashing danger: A congressional panel was tearing into Jack Grubman, the $20-million-a-year telecommunications analyst who worked for Sandy. Had Grubman and Citigroup favored corporate clients at the expense of average investors? Was Citigroup recommending stocks of troubled companies to get their business? The worst scandal of Sandy Weill's long career was breaking around him.
Here, from its very beginning, is the riveting inside story of how a rough-edged kid from Brooklyn overcame incredible odds and deep-seated prejudice to put together Citigroup, the world's largest financial empire, and to transform financial services in America -- for better or worse.
Tearing Down the Walls provides an unprecedented look at how business and finance are conducted at the highest levels, with extraordinary insight into the character and motivations of powerful men and women. And it's the enthralling account of the interplay between power and personality. Sandy Weill, the son of an immigrant dressmaker, is a larger-than-life character, a legendary Wall Street CEO whose innovativeness, opportunism, and even fear drove him from the lowliest job on Wall Street to its most commanding heights. Over a span of five decades he has tangled with -- and usually bested -- some of the most prominent and powerful titans of finance, including the elitist financier John Loeb, the mutual-fund gunslinger and conglomerateur Gerald Tsai, the patrician American Express chairman Jim Robinson, and the cerebral banking visionary John Reed. A consummate deal maker, Sandy Weill amassed and then lost an astounding assemblage of securities firms, only to plunge ahead to rebuild his empire and ultimately create the modern American financial-services supermarket. At the center of Citigroup's recent crises, he's the mogul many are waiting to see topple, while many more are trying to figure out how he succeeded.
Using nearly five hundred firsthand interviews with key players in his life and career -- including Weill himself -- The Wall Street Journal's Monica Langley brilliantly chronicles not only his public persona, but his hidden side: blunt and often crude, yet unpretentious and sometimes disarmingly charming. Tearing Down the Walls reveals Weill's tyrannical rages as well as his tearful regrets, the crass stinginess and the unprecedented generosity, the fierce sense of loyalty and the ruthless elimination of potential rivals -- even those he loves. Langley illuminates a climb to the top filled with class conflict -- Jew against WASP, immigrant against Mayflower descendant, entrepreneur against establishment -- and explores the volatile personality that inspires slavish devotion or utter disdain. By highlighting in new and startling detail one man's life in a narrative as richly textured and compelling as a novel, Tearing Down the Walls provides the historical context of the dramatic changes not only in business but also in American society in the last half century. Compulsively readable, it is also essential for understanding the forces that are reshaping the American financial system today.

The Economist A rollicking biography.

BusinessWeek A well-written, fast-paced read that does the best job yet of explaining who Weill is.

Tearing Down the Walls

How Sandy Weill Fought His Way to the Top of the Financial World. . .and Then Nearly Lost It All