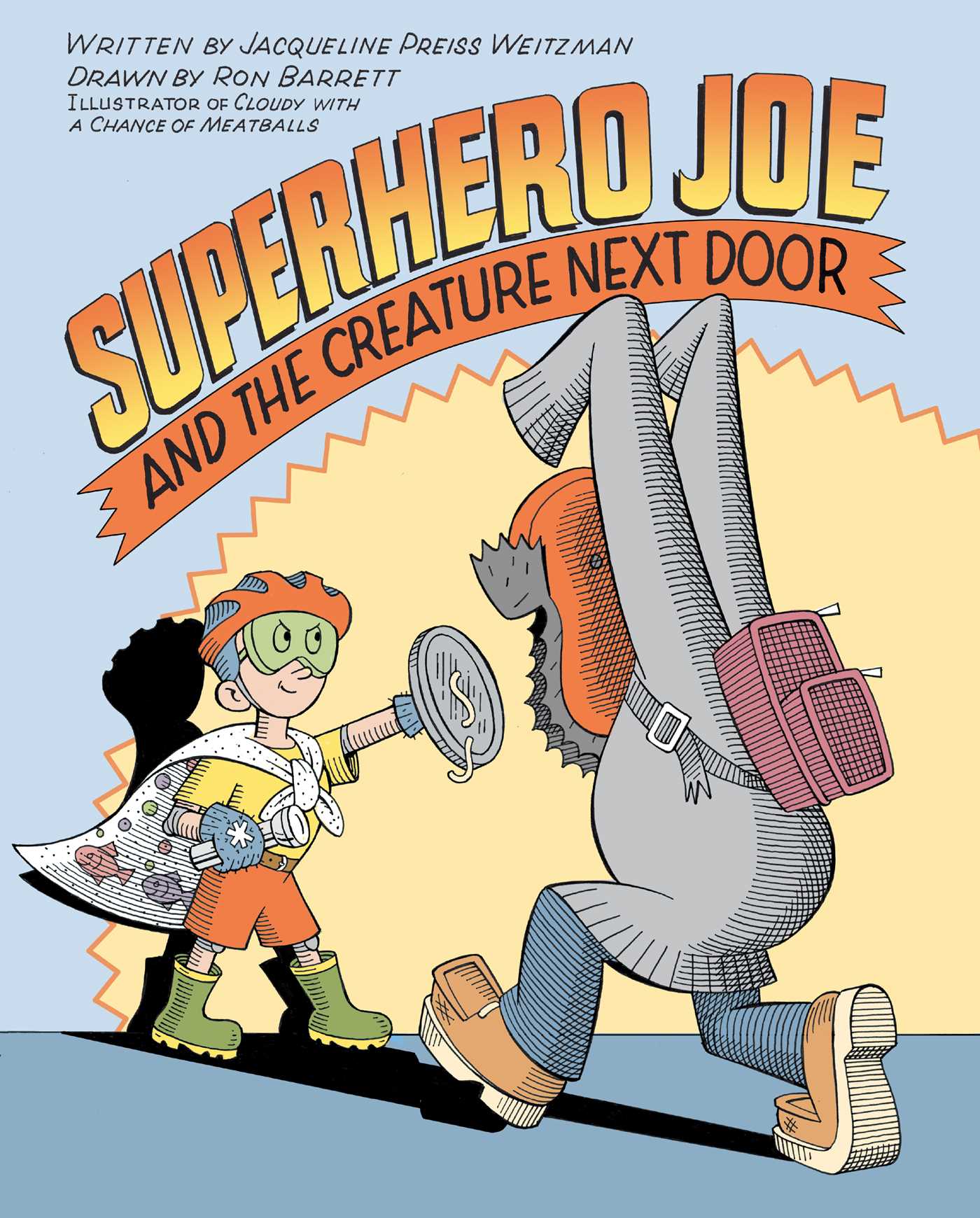 Superhero Joe and the Creature Next Door

“Super Joe is super fun from beginning to end” (Children’s Literature)—and now he’s back for another adventure.

One quiet morning, in a small town, a moving van arrives and brings the creature next door! Where did it come from? Why is it here?

From his window Joe can’t see the creature’s face, but he can imagine…the neighborhood will never be the same.

Who can help? It’s Superhero Joe to the rescue! But could it be that Joe’s fears are much wilder than his new neighbor?

Jacqueline Preiss Weitzman is the author of You Can't Take a Balloon Into the Metropolitan Museum, illustrated by her sister, #1 New York Times bestselling artist Robin Preiss Glasser. Weitzman graduated from Vassar College where she majored in Art History. She has contributed to several New York Times bestselling books for children. She lives with her family in New York State.

Ron Barrett is the internationally bestselling illustrator of many books for children, including Cloudy With a Chance of Meatballs, Pickles to Pittsburgh, Superhero Joe, Animals Should Definitely Not Wear Clothing, Lots More Animals Should Definitely Not Wear Clothing, and An Excessive Alphabet. His illustrations have been honored by the Society of Illustrators and have been exhibited at The Louvre in Paris. He lives in New York City.

Joe marshals superhero skills and gadgets inspired by his comic books to combat the titular creature next door.

When the sweet next-door neighbors move to Florida, Joe realizes that his dream of mastering the scary ladder to their treehouse is leaving with them. Someone new and unknown is moving into his territory, and this oversized person seems able to climb the rope ladder with ease. Joe’s imagination goes into overdrive as he watches the creature, scenes from his comic books racing through his head. The creature might come from a haunted castle or outer space; he might want to steal Joe’s toys and comics; he might even be a giant. When Joe finally makes his way over to meet the new family, he is pleasantly surprised. What lifts this comic tale above the ordinary new-kid-on-the-block offering is its sense of humor and detailed, throwback comic-book art. Crosshatching and tiny vertical lines add drama and depth to each spread, and the use of gray, blue and purple perfectly accents Joe’s overactive imagination. The visual playfulness (including a riff on The Cat in the Hat) and dramatic comic-book language (invincibility, lair, radiance, infiltrate) make this one to reread. When he imagines the new kid calling him a shrimp, Joe is drawn as an actual sea critter!

For anyone who has an interior superhero.

Superhero Joe and the Creature Next Door