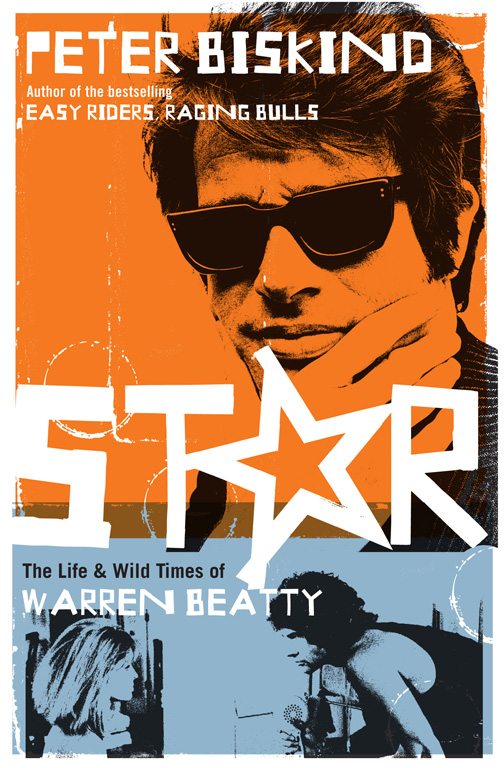 The Life and Wild Times of Warren Beatty

In this compulsively readable and constantly surprising book, Peter Biskind, the author of the film classics Easy Riders, Raging Bulls and Down and Dirty Pictures, writes the most intimate, revealing, and balanced biography ever of Hollywood legend Warren Beatty.

Famously a playboy, Beatty has also been one of the most ambitious and successful stars in Hollywood. Several Beatty films have passed the test of time, from Bonnie and Clyde to Shampoo, Heaven Can Wait, Reds (for which he won the best director Oscar), Bugsy, and Bulworth. Few filmgoers realize that along with Orson Welles, Beatty is the only person ever nominated for four Academy Awards for a single film -- and unlike Welles, Beatty did it twice. Biskind shows how Beatty used star power, commercial success, savvy, and charm to bend Hollywood moguls to his will.

Beatty's private life has been the subject of gossip for decades, and Star confirms his status as Hollywood's leading man in the bedroom, describing his affairs with Joan Collins, Natalie Wood, Leslie Caron and Madonna, among many others.

Biskind explains how Beatty exercised unique control, often hiring screenwriters out of his own pocket, producing, directing, and acting in his own films. He was arguably one of the most successful and creative figures in Hollywood during the second half of the twentieth century, and in this fascinating biography, Warren Beatty comes to life -- complete with excesses and achievements -- as never before.

Peter Biskind is the author of five previous books, including Easy Riders, Raging Bulls: How the Sex-Drugs-and-Rock 'n' Roll Generation Saved Hollywood. He is a contributor to Vanity Fair and was formerly the executive editor of Premiere magazine. He lives with his family in Columbia County, New York.

The Life and Wild Times of Warren Beatty