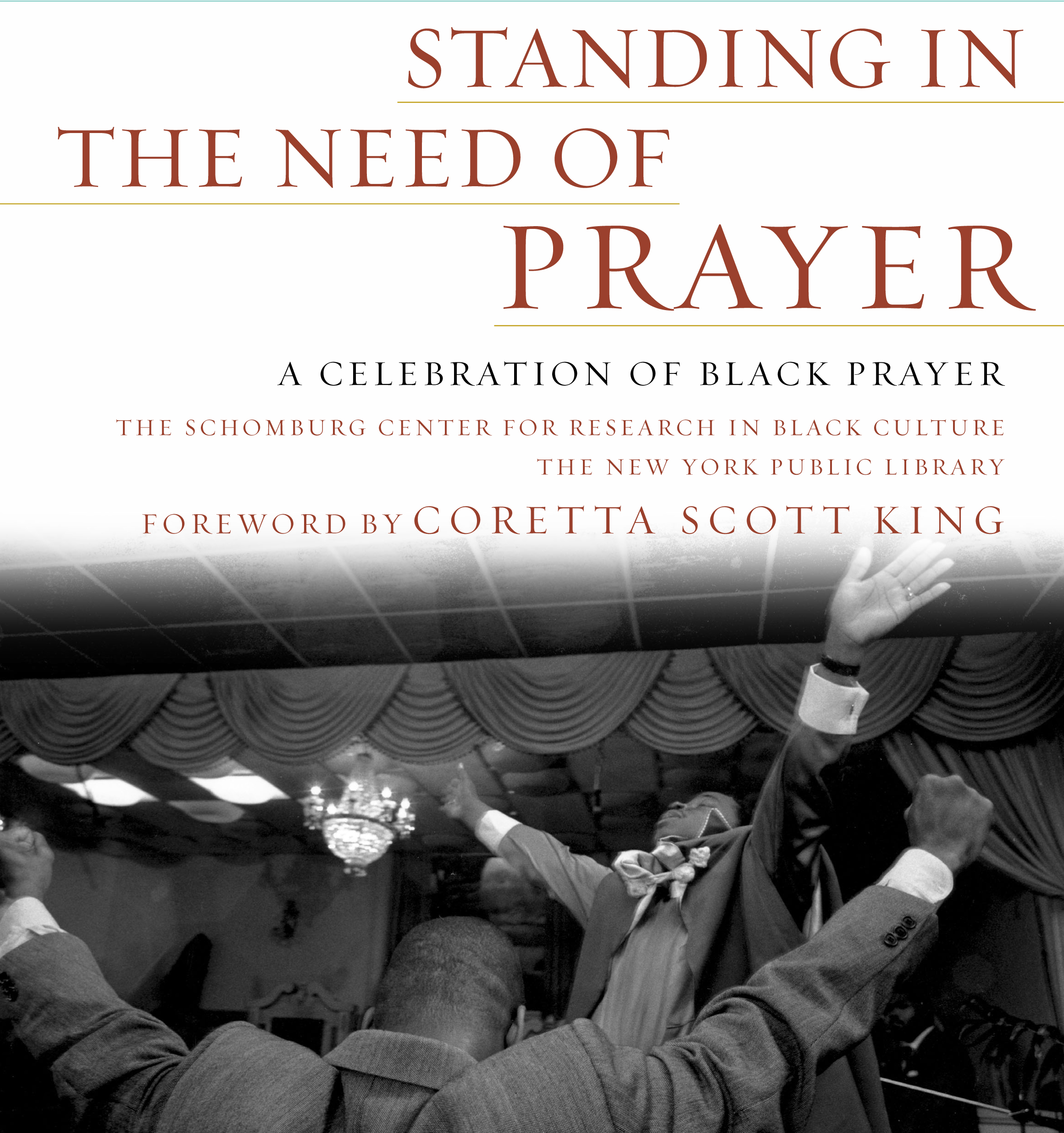 Standing in the Need of Prayer

A Celebration of Black Prayer

Striking photographs and powerful prayers drawn from the collections of the Schomburg Center for Research in Black Culture span the broad spectrum of black religious traditions through the ages.

From the darkest days on slave ships to the defiant times of the Civil Rights Movement, prayer has embodied the most intense expression of African and African-American spirituality. As Mrs. Coretta Scott King writes in her foreword to Standing in the Need of Prayer, "It is said that every prayer is heard and every prayer is answered in some way [and] I still believe that the millions of prayers spoken by African Americans from the Middle Passage on down to today have been heard by a righteous and loving God." This extraordinary volume reflects the struggle, despair, determination, and triumph of the black experience during the nineteenth, twentieth, and twenty-first centuries. Drawing from faiths as diverse as Islam, Christianity, Judaism, and Vodou, the book also includes prayers from some of history's most powerful voices, among them Maya Angelou, James Baldwin, and Martin Luther King, Jr.

At once beautiful and evocative, Standing in the Need of Prayer captures the most varied, striking, and powerful photographic and poetic expressions of prayer in a joyous celebration of the rich spiritual roots of a courageous people whose incredible spiritual journey will inspire generations to come.

Honorable Charles B. Rangel Member of Congress, U.S. House of Representatives Standing in the Need of Prayer is a joyous celebration of the diversity of the black experience through the ages, and a divine inspiration to our community.

Iyanla Vanzant author of Every Day I Pray Prayer is the daily minimum requirement for the evolution of human consciousness. Standing in the Need of Prayer is more than a mere book about prayer. It is a dose of divinely inspired nutrition from which we can all benefit by simply ingesting one page, three times a day.

Reverend Jesse L. Jackson, Sr. Like God and air, prayer is universal and limitless, yet it takes the form of the individual believer. Within the African-American community, prayer has been the liberating force for a people who have been socially, economically, and politically oppressed. Standing in the Need of Prayer exalts the transformational power of prayer.

Henry Louis Gates, Jr. Chair, Department of African and African-American Studies, Harvard University Standing in the Need of Prayer is tremendously powerful, a necessary contribution to the historical study of the black experience of adversity and triumph in this country.

Derrick Bell professor and author of Gospel Choirs: Psalms of Survival in an Alien Land Called Home and Ethical Ambition: Living a Life of Meaning and Worth The power of prayer has carried black people over troubled waters, through valleys of dry bones, through paths of blood and tears. Prayer has been our cry for freedom and deliverance -- both a supplication and a celebration. Standing in the Need of Prayer is an eloquent and lovely book which captures the essence of the most sacred, humble, and glorious moments in the African-American religious experience.

Reverend Floyd H. Flake, D.Min. Pastor, The Greater Allen Cathedral of New York, and U. S. Congressman, Retired Standing in the Need of Prayer is one of the most powerful prayer books that an individual can possess because each prayer speaks to the heart and gives words of empowerment, encouragement, enlightenment, efficacy, and endurance.

Canon Frederick B. Williams Rector, Church of the Intercession, Harlem, New York City Prayer has been defined as a "conversation with God." This collection of prayers and photographs assembled by the Schomburg Center is an important addition to the body of literature that details the dialogue with the Divine that has sustained black peoples over the ages. This is true soul food.

Standing in the Need of Prayer

A Celebration of Black Prayer