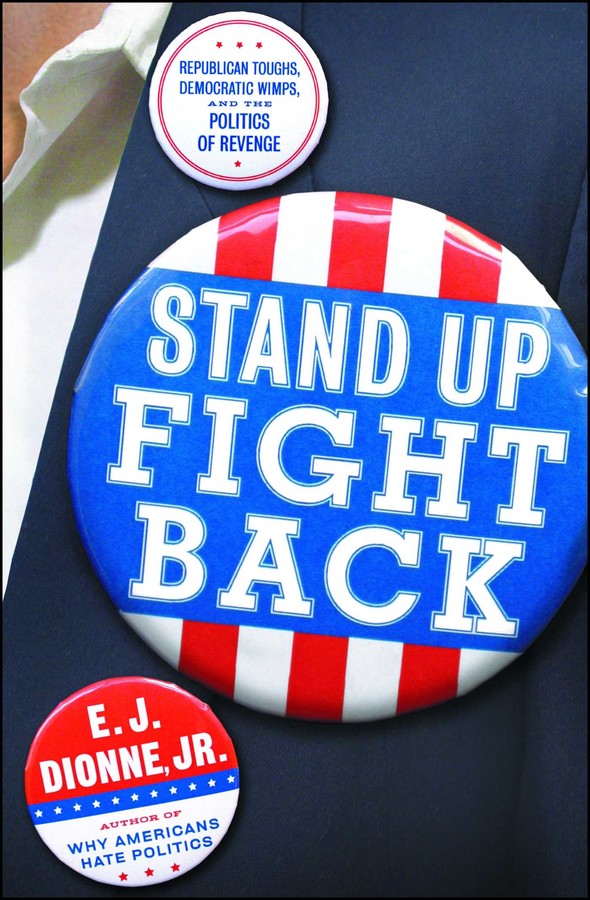 Stand Up Fight Back

Republican Toughs, Democratic Wimps, and the Politics of Revenge

One of our most visible, trenchant, and witty political commentators, the author of the bestselling Why Americans Hate Politics, offers a tough critique of President George W. Bush and the Democratic opposition on the eve of a landmark presidential election -- and points to a way out of cynicism and defeatism.

With passion, clarity, and humor, E. J. Dionne describes today's political atmosphere as the bitterest he can remember. Never have Democrats been as frustrated by their inability to move the debate. The party of Roosevelt, Kennedy, and Clinton, Dionne says, is lost in pointless feuds, outdated strategies, and old arguments. Democrats have lost track of what they stand for so they don't know what they're fighting for and besides, they've forgotten how to fight back.

In describing how Democrats, moderates, and liberals have failed to match Republicans and conservatives in commitment, resourcefulness, and clarity, Dionne invents what is likely to become a popular parlor game among the politically committed. In "The Wrong Stuff," he lists ten futile arguments -- big versus small government, for example -- that Democrats keep having with themselves. "The Right Stuff" focuses on ten arguments they should start making about taxes, business, and the role of government.

Dionne zeroes in on how a floundering Bush administration used September 11 to politicize national security issues for partisan advantage. Enraged but intimidated by ruthless opponents, the Democratic party failed to find its voice on security issues and was soundly beaten in 2002.

Drawing on some lessons from the 2004 primary campaigns, Dionne argues that anger and frustration have in fact awakened progressives to the need for innovation in organizing, in approaching an increasingly conservative media, and in formulating politically useful and plainly stated ideas. Learning from the conservative movement's successes, liberals have begun the work of reconstruction.

The politics of revenge, Dionne argues persuasively, can give way to something better: a progressive patriotism built on hope and optimism about America's role in the world and its capacity to renew social justice at home. 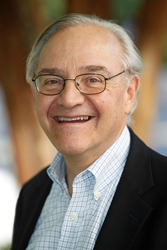 E.J. Dionne, Jr., is a bestselling author, a syndicated columnist who appears twice weekly in The Washington Post and nearly a hundred other newspapers, a senior fellow at the Brookings Institution, and a professor at Georgetown University. His Why Americans Hate Politics won a Los Angeles Times Book Prize and was a nominee for the National Book Award. He is a regular commentator on National Public Radio and on other radio and television programs. He lives in Washington, DC, with his wife, Mary Boyle, and their three children.

Stand Up Fight Back

Republican Toughs, Democratic Wimps, and the Politics of Revenge