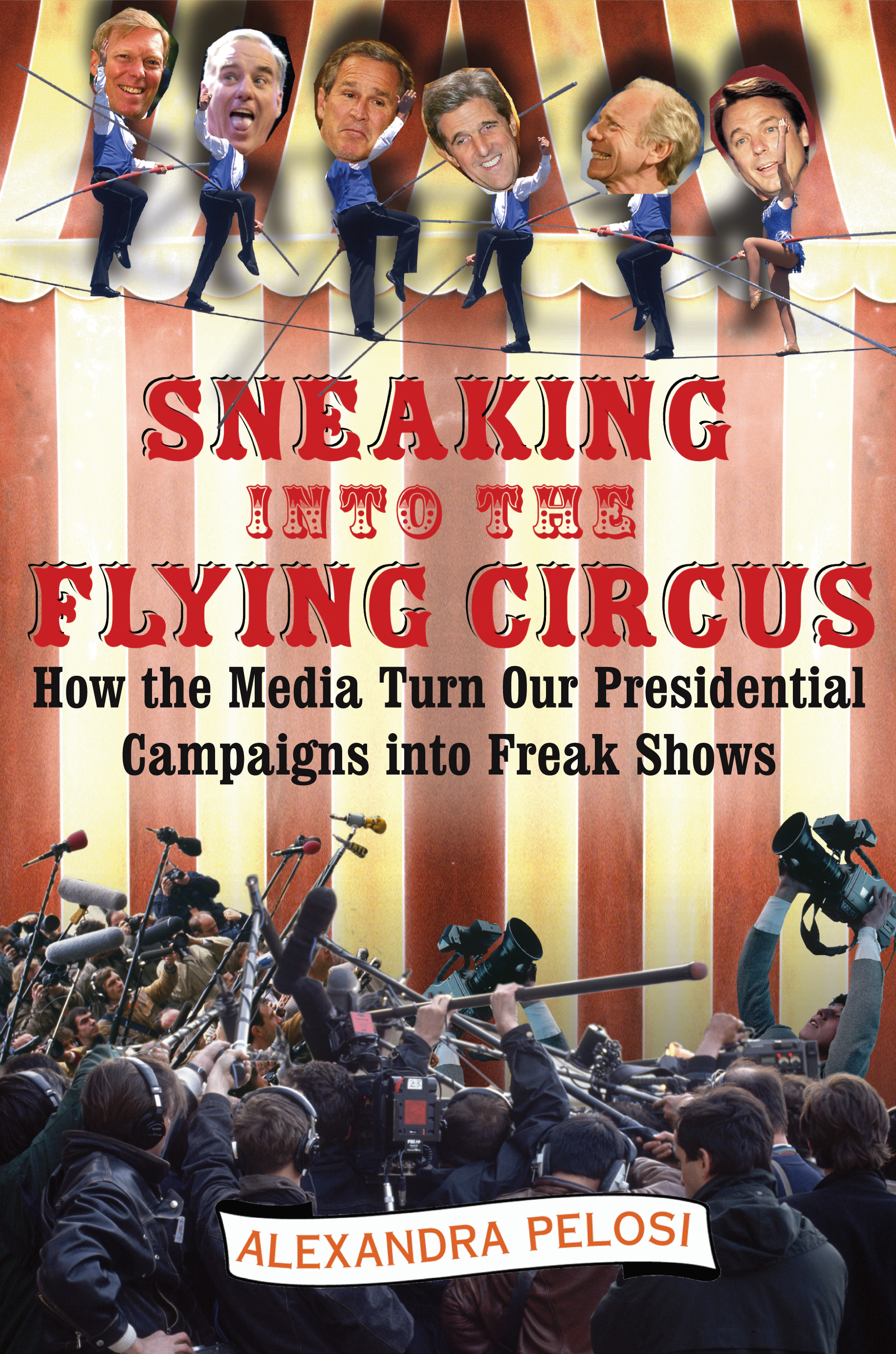 Sneaking Into the Flying Circus

How the Media Turn Our Presidential Campaigns into Freak Shows

Alexandra Pelosi, creator of the Emmy award-winning film Journeys with George and of Diary of a Political Tourist, makes her literary debut with an intimate look at the frenzied and grueling underbelly of presidential campaigning and the puppet role of the media. Pelosi went along on the campaign trail in order to, as she puts it, "document the absurd hazing rituals that our presidential candidates have to go through." With this savvy, well-connected, and fearless guide, it's a rollicking, breakneck journey unlike any other.
Pelosi's one-on-one time with the 2004 presidential candidates affords an up-close perspective on the highs and lows of campaign life: the genuine thrill of seeing America, the unrelenting grind of endless campaign stops, the hope and heartache of poll results. While the candidates try to stick to tightly constructed scripts, Pelosi's nonnetwork angle makes for revealing portraits of the men who wanted to be president.
But even more, Pelosi's approach reveals fundamental flaws in the media's election coverage. A former member of the campaign press corps, she turns her gimlet eye on the media, which are busy enacting their own election-time rituals: "Every election cycle journalists defy the theory of evolution, living sequestered on a bus, with no sleep, few showers, and tons of junk food, going town-to-town listening to the same speech over and over. You're stuck in this dysfunctional relationship between the news organization that has you there to do their bidding and the campaign that is trying to co-opt you."
And herein lies Pelosi's driving point: politicians and journalists don't trust each other, and so, in election coverage and in politics in general, the press is utterly hamstrung. Since the candidates never say anything unscripted and the journalists have to make nice in order to maintain access, modern presidential campaigns have become little more than media events. Politicians and journalists alike are going through the motions, and the voters have no idea who the candidates really are.
But Pelosi says the public are not fools: "Everyone knows that the media do not give them an accurate portrait of a person." No wonder people are apathetic. But whose fault is it? Are the candidates driving people away from the political process, or are the media keeping them out?
Probing, insightful, and lively, Sneaking into the Flying Circus exposes the election process for what it is: a three-ring gala production that comes to town every four years. As a nation and an audience, we're often willing to suspend disbelief -- and we often can't resist when the clowns try to get us in on the act. It is, after all, the greatest show on earth. 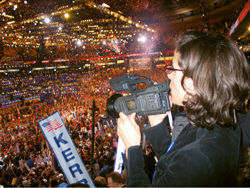 Sneaking Into the Flying Circus

How the Media Turn Our Presidential Campaigns into Freak Shows