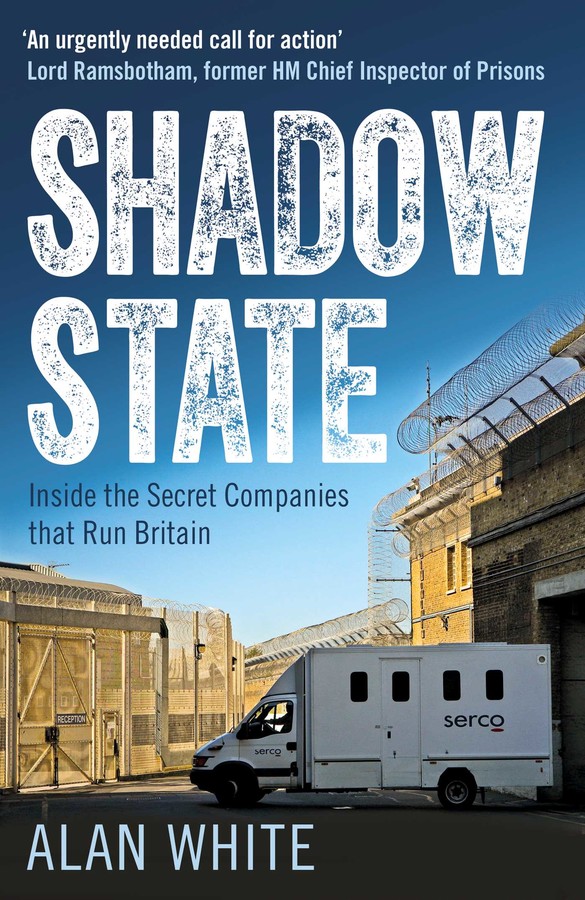 Inside the Secret Companies that Run Britain

Every year the British government spends £80 billion outsourcing public services. Today, private companies are responsible for fulfilling some of the most sensitive and important roles of the state – running prisons and providing healthcare, transport, legal aid, even child protection. These organizations have been handed enormous amounts of power and yet for the most part they operate with no transparency or accountability.

From deportations to NHS cutbacks, Alan White exposes what goes wrong when the invisible hand of the market is introduced into public services. Informed by exclusive interviews with senior managers, campaigners and whistle-blowers, Shadow State is the first book to examine the controversial phenomenon of government outsourcing. Not only does White provide the full story behind scandals involving G4S, Serco and ATOS, but he also reveals previously unknown cases of system failure in areas such as social care, welfare and justice. The picture that develops is deeply troubling.

‘The takeover of government activity by a cartel of unaccountable corporations is a major shift in the way Britain works. Alan White shines a light into this murky world. Everyone is affected by the shadow state. Everyone should read Shadow State.’

‘In February 2014 the House of Commons Public Accounts Committee published a devastating report on the way in which public services were contracted out to the private sector... Alan White’s well-researched book Shadow State, provides many examples that prove the Committee’s case, and will, I hope, act as an urgently needed call for action, particularly to improve the standard of contracting throughout Whitehall.’

Inside the Secret Companies that Run Britain