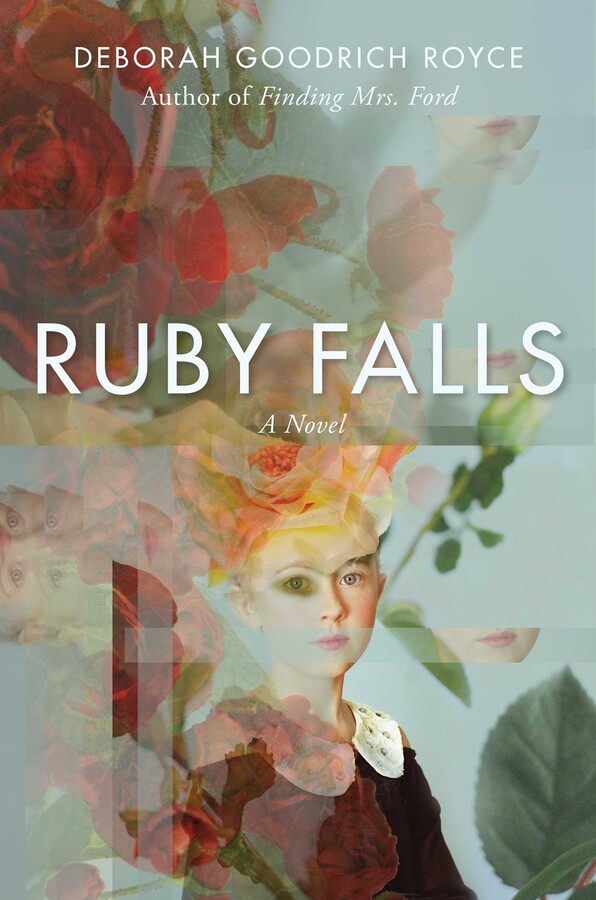 Named one of the most riveting books of Spring 2021 by Veranda Magazine!

Like the chilling psychological thriller The Silent Patient, Deborah Goodrich Royce’s Ruby Falls is a nail-biting tale of a fragile young actress, the new husband she barely knows, and her growing suspicion that the secrets he harbors may eclipse her own.

On a brilliantly sunny July day, six-year-old Ruby is abandoned by her father in the suffocating dark of a Tennessee cave. Twenty years later, transformed into soap opera star Eleanor Russell, she is fired under dubious circumstances. Fleeing to Europe, she marries a glamorous stranger named Orlando Montague and keeps her past closely hidden.

Together, Eleanor and Orlando start afresh in LA. Setting up house in a storybook cottage in the Hollywood Hills, Eleanor is cast in a dream role—the lead in a remake of Rebecca. As she immerses herself in that eerie gothic tale, Orlando’s personality changes, ghosts of her past re-emerge, and Eleanor fears she is not the only person in her marriage with a secret.

In this thrilling and twisty homage to Daphne du Maurier’s Rebecca, the story ricochets through the streets of Los Angeles, a dangerous marriage to an exotic stranger, and the mind of a young woman whose past may not release her. 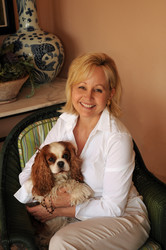 "Royce's prose is taut and propulsive. Ruby Falls inhabits a hallucinatory Hollywood where fact and fiction mingle freely and even the smallest acts can feel ominous..an enjoyable pastiche with plenty of twists and turns." —Kirkus Reviews

"Deborah Goodrich Royce does an outstanding job of creating a contemporary parallel story that connects Rebecca and Ruby Falls. This is highly recommended reading for those who like gothic stories infused with psychological tension and introspection. The tale exposes the fine paradox between magic, family ties, and the boundaries of what is real and what is not." —Midwest Book Review

"Imaginative, unique, spine-tingling, and just the right amount of eerie, Ruby Falls is what a reader wants a psychological thriller to be." —Sandra Brown, New York Times bestselling author

"Ruby Falls will sweep you headfirst into the life of Eleanor Russell, an actress setting up house in the glamorous Hollywood Hills with her handsome new husband, Orlando. Secrets abound in this bang of a book, a haunting tale sure to give readers chills. A stunner with some serious Gothic vibes." —Kimberly Belle, internationally bestselling author of "Dear Wife" and "Stranger in the Lake"

"Ruby Falls takes the reader on a Ferrari ride through the twists and turns of the Hollywood hills, moving so fast your hands are clammy and you can’t catch your breath. But you must! I was up until two am in the grip of this fast-paced modern twister of a gothic novel." —Jane Ubell-Meyer, Bedside Reading, Founder

"A tribute to Daphne du Maurier's Rebecca, this unnerving story about a Hollywood starlet haunted by her past will captivate you right up until the shocking ending. A must-read for anyone who loves an expertly plotted thriller with multidimensional characters." —Emily Liebert, USA Today bestselling author of "Perfectly Famous"

"In 1968, young Ruby Russell loses her father while touring an underground cave. She recalls the moment his hand left hers, and nearly twenty years later, his disappearance remains a mystery. Ruby has reinvented herself as Eleanor Russell, married the man of her dreams, and is acting in a feature film. But as her new life begins to go awry, the mystery surrounding her past and present collide in a well-crafted and head spinning twist that I did not see coming. Ruby Falls is a skillfully plotted page turner!" —Wendy Walker, national bestselling author of "Don't Look for Me"

"What a lovely ride! With fun twists and whip-smart language, clever Deborah Goodrich Royce leads readers down a familiar path—until she doesn't. Lyrical and filled with page-turning suspense, I gulped every word and enjoyed every bite. I promise Ruby Falls will become your next favorite book!" —Maureen Joyce Connolly, author of "Little Lovely Things"

"Ruby Falls is a fantastic combination of a sweeping Hollywood story folded into a twisty thriller. Fans of Rebecca will be enthralled with how the classic story is woven into the masterful plot of Ruby Falls." —Vanessa Lillie, Amazon bestselling author of "Little Voices" and "For the Best"

"Brimming with Hollywood nostalgia, this mesmerizing and thrilling page-turner is impossible to put down. Deborah Goodrich Royce's second novel, Ruby Falls, has all the elements of an addictive read: fascinating characters, quick pace, and an intriguing story full of suspense. Masterfully plotted, the story of Eleanor Russell, a young impressionable actress, plagued by a childhood trauma, unfolds against the backdrop of a film production remake of Rebecca, in which she stars. A haunting, unforgettable thriller." —Daniela Petrova, author of "Her Daughter's Mother"

"Mix a dark childhood trauma, a fragile young actress, and a hasty, ill-advised marriage. Add old Hollywood glamor, dashes of enchantment, and lashings of noir suspense. Now shake—and prepare to be shaken. Much more than a mystery, Ruby Falls is about stories—the ones we tell ourselves, the ones we tell others, and the dark gaps in between." —Elka Ray, author of the Toby Wong Vancouver Island mystery series

"Ruby Falls is a psychological tour-de-force that grabs you on page one and doesn't let you go until the end. A compelling, engrossing, and truly suspenseful thriller that takes place in the mind of one woman struggling to overcome her demons." —Kris Frieswick, author of "The Ghost Manuscript"