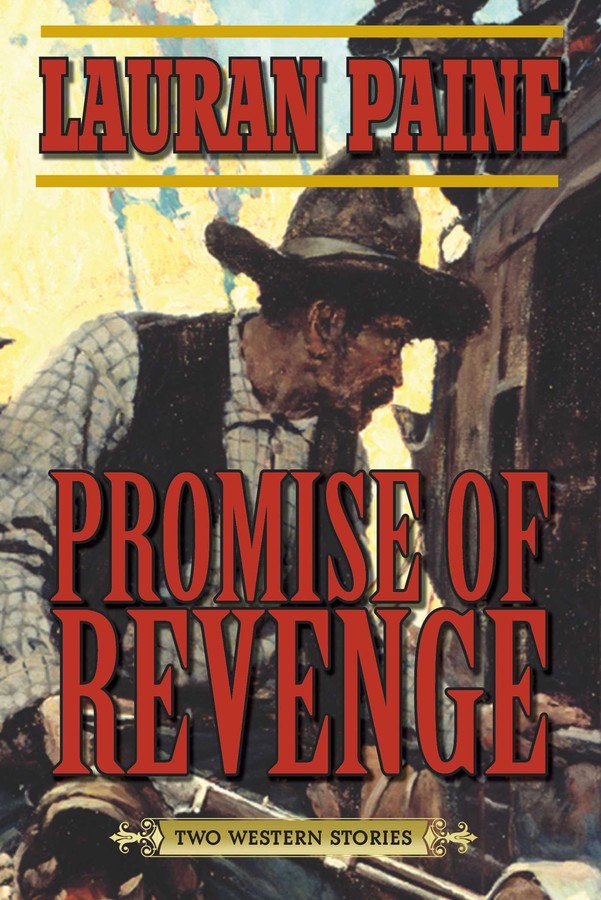 Two Western novellas by the incomparable Lauran Paine, a titan of the Western genre.

Tomahawk Meadow” tells the story of Ladd Buckner, a stranger who arrives in a small town in Arizona Territory. Buckner buys the local saddle and harness shop, but when the townspeople recognize his stitch work, the town marshal decides to investigate. Before he can reveal his findings, however, the marshal is killed during the course of a daring bank robbery. A letter is found in his pocket that states Ladd Buckner had been released from prison after serving a term for bank robbery. To keep his good name, Buckner will have to track down the men who robbed the town and killed the sheriff, in this thrilling story about honor, loyalty, and running from one’s past.

In Promise of Revenge,” Tom Barker returns to the small cow town of Beatty, where, fifteen years before, his mother had abandoned him and had run off with another man. Tom’s father, a freighter, abused the boy while authorities looked the other way. Now he is grown, has acquired a good deal of wealth, and is back in Beatty, intent on evening the score with the town that rejected him. Although handy with a six-gun, he’ll have to uses his wits and his wealth to outsmart the rich locals who never thought Tom Barker would return . . .

Skyhorse Publishing is proud to publish a broad range of books for readers interested in fiction that takes place in the old West. Westernsbooks about outlaws, sheriffs, chiefs and warriors, cowboys and Indiansare a genre in which we publish regularly. Our list includes international bestselling authors like Zane Gray and Louis L’Amour, and many more. While not every title we publish becomes a New York Times bestseller or a national bestseller, we are committed to books on subjects that are sometimes overlooked and to authors whose work might not otherwise find a home.

Lauran Paine was born Lawrence Kerfman Duby Jr. on February 25, 1916, in Duluth, Minnesota, where he spent his youth working as a cowboy. During his lifetime, he wrote more than nine hundred books published under more than seventy pseudonyms, spanning the genres of the western, romance, science fiction, mystery, and nonfiction. From 1980 to 1984, he was listed in the Guinness Book of World Records as the world’s most prolific living author. Paine died December 1, 2001 in Fort Jones, California.