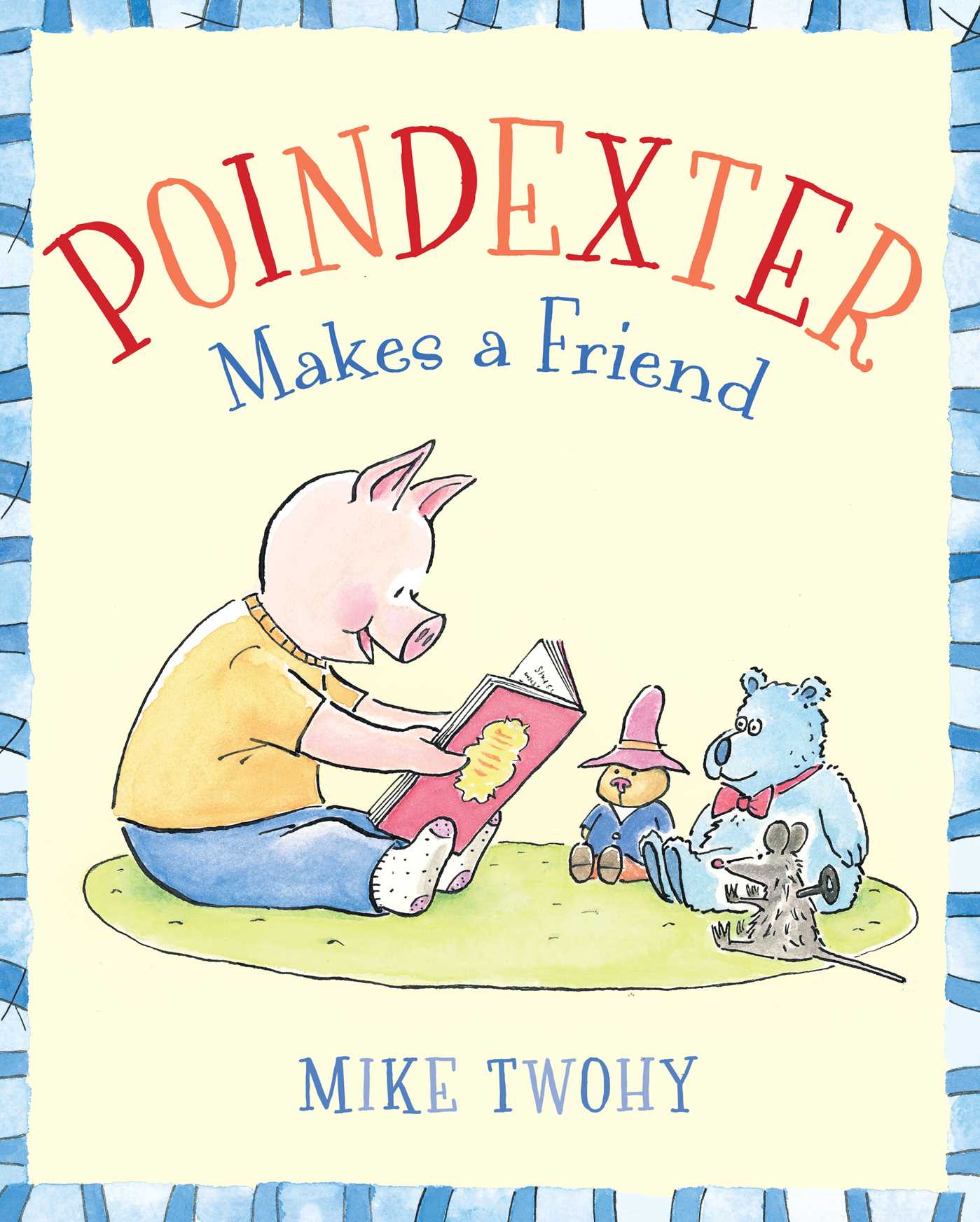 Meet Poindexter, a very shy pig. He is most happy when reading to his stuffed animals or visiting Mrs. Polen, the librarian, who sometimes lets him help put books on the library shelves and push her book cart between the stacks. Then one afternoon, Poindexter’s love of reading, a how-to book, and a dirty-snouted mole hold a special surprise—the start of a wonderful friendship.

New Yorker cartoonist Mike Twohy’s first book for children is a tender story about the joys of having and being a true friend. 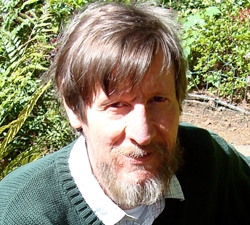 Mike Twohy is a Geisel Honor Award–winning author and illustrator of several books for children, including Poindexter Makes a Friend, Outfoxed about which The Horn Book said, “story time audiences will howl with laughter,” Wake Up, Rupert!, and Mouse and Hippo, which the School Library Journal called “a story time hit.”  He has been a longtime contributor of cartoons to The New Yorker. He lives with his wife, cats, and yellow Lab in Berkeley, California.

Mike Twohy is a Geisel Honor Award–winning author and illustrator of several books for children, including Poindexter Makes a Friend, Outfoxed about which The Horn Book said, “story time audiences will howl with laughter,” Wake Up, Rupert!, and Mouse and Hippo, which the School Library Journal called “a story time hit.”  He has been a longtime contributor of cartoons to The New Yorker. He lives with his wife, cats, and yellow Lab in Berkeley, California.

Poindexter, a shy pig, is more comfortable reading stories to his stuffed animals than playing with the kids in his neighborhood. His favorite place is the library where he can sit by himself and read when he isn’t helping the librarian. One day he helps Shelby, a shy turtle, find a book on making friends. As the pig reads to him (“I’m not very good at reading big words yet,” he tells Poindexter), the turtle’s head emerges from his shell, and perceptive readers will know that the two are kindred spirits destined to be friends. When Poindexter shares his favorite book, How to Play with Stuffed Animals, Shelby pulls out his favorite stuffies. The final scene shows the happy pair at Poindexter’s house, surrounded by stuffed animals and books. The watercolor illustrations in this gentle story are done in a cartoon style. Humorous details, like the stone statues of bookworms flanking the library entrance, will bring smiles. The pals’ pleasure in sharing books with a dim-eyed mole and each other is palpable, and the four steps to becoming friends will work equally well with shy youngsters, who may have found a home–and friends–in their school or public library. Whether read in a storytime or shared one-on-one, this reassuring story will envelop youngsters like a warm, cozy blanket. - SLJ, April 1, 2011, *STAR

"Parents and grandparents as well as children will love Poindexter Makes a Friend." - George Booth

"Poindexter Makes a Friend is a wonderful story about overcoming shyness. The drawings are beautiful and funny. What a great book! " - Roz Chast

Poindexter Makes a Friend
Mike Twohy. S&S/Wiseman, $15.99 (32p) ISBN 978-1-4424-0965-1
Although Poindexter is a very shy pig, he blossoms a little at the library, where he can read all he wants (and assist the librarian) without feeling the pressure to exhibit bonhomie. But when an even shyer turtle named Shelby comes to the library looking for help ("Do you have any books on how to make friends?"), Poin-dexter fully emerges from his own shell, using his ace reading and library helper skills to make his first real friend. Twohy, a New Yorker cartoonist making his children's book debut, carefully and empathically shapes his story so that Poindexter is poignant without seeming pathetic. This little piggie isn't socially inept or depressed (in fact, the neighborhood kids would be happy to have him come out and play); rather, he needs to connect to others in a way that feels authentic for him. That's why Twohy's watercolor-and-ink vignettes of his hero in the library are so touching: looking cool and assured, Poindexter embodies how a sense of purpose and competence makes us feel like we belong in the world. Ages 4–8. (May)

Poindexter is a pig with a problem: He is shy.
Cartoonlike illustrations show this earnest hero alternately hiding and playing alone, a bit lonely but still independent. Various animals from the neighborhood would like to be his friend, but Poindexter only watches through his window as they pass by, excusing himself when they ask him to join them. Mostly Poindexter stays safely ensconced in his room, reading stories to his stuffed animals, or enjoying himself in the library, reading alone or helping out the librarian. One day, a frightened turtle named Shelby ventures into the library, and the librarian encourages Poindexter to help him find a book on how to make friends. Together, the two read the book and follow its rules by smiling, introducing themselves, sharing and being nice to each other. They are even able to use their new skills to help another library patron. By the end, Shelby has come out of his shell both figuratively and literally, and the two make plans to meet the next day and read a book together on a common interest (stuffed animals). The brief, straightforward text is well matched to the expansive, gently funny illustrations.
A sweet story with a satisfying ending, this provides some concrete ideas that can help a child make friends and may draw the shyest youngsters out from under their shells. - KIRKUS, April 15, 2011

At the public library where he volunteers, a bashful young pig named Poindexter bonds with an equally
shy turtle, Shelby, while helping him find a book on how to make friends. Since Shelby is not
accomplished at reading, Poindexter reads through the book with him and discusses each of the four steps in making friends. After selecting a book on how to read to stuffed animals, the two go to Poindexter’s house to read to their collection of animal toys. Although there is not much intrigue here, the bibliotherapy certainly doesn’t overwhelm the sweet story, moving the plot along without getting in the way. The pleasing lightly colored cartoon-style illustrations depict a comfortable library setting filled with a multispecies cast of animals. --BOOKLIST, April 1, 2011