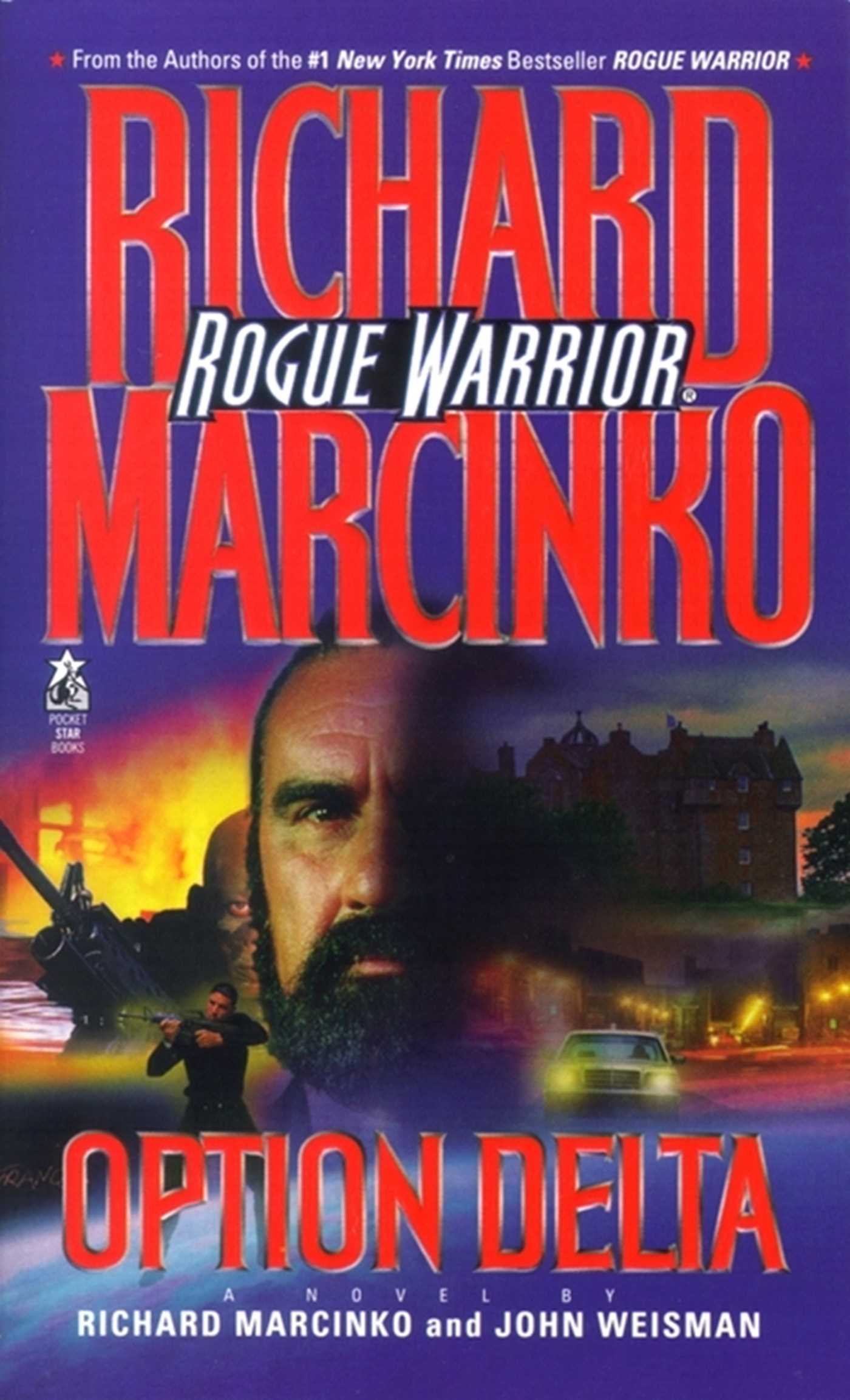 As A U.S. Navy Seal, Richard Marcinko knew no limits -- as the Rogue Warrior, he obeys no rules.
In six spectacular New York Times bestsellers -- Rogue Warrior, his #1 blockbuster autobiography, and five explosive Rogue Warrior novels -- covert combat master Richard Marcinko has blown the lid off the classified world of SpecWar ops. Now, the commando's (redo "kill-or-be-killed" is pushed to the brink in a shattering new conflict -- with the fate of America at stake.
The Rogue Warrior is invading Germany with a blitzkrieg of bravado. His secret assignment: recover a pair of U.S. ADM's -- Atomic Demolition Munitions -- lost in the Rhine Valley. Yet, what begins as a simple SEAL mission explodes in his face when terrorists visit the cache site. With scandals at home and fresh hotbeds of political and military tensions igniting all over the world, America's diplomatic priorities are everywhere but eastern Europe -- and the Rogue Warrior and his SEALs must take matters into their own hands.
But not even Marcinko is aware that a cabal of ultranational extremists -- led by Lothar Beck, a billionaire defense contractor -- is ready to take advantage of the U.S.'s global distractions. Beck and his subversive cadre believe the time is ripe for their great notion to emerge as Europe's first superpower -- a true Fourth Reich. They have the money and influence to make it happen. And thanks to Cold War stockpiling of nuclear and conventional weapons on German soil, they have the arms.
Fortunately Marcinko has some firepower of his own, and the manpower to deliver it the way the God of war intended: with maximum prejudice and extreme efficiency. He and his elite SEALs will have to wade through tango cells of skinheads, neo-Nazis, Russian mobsters, and Middle Eastern terrorists before they get the scent of the real powerbrokers. But once they do, it's time to go hunting -- with no bag limit.

John Weisman is one of the select company of authors to have written both fiction and non-fiction New York Times best-sellers. In 1992 he wrote Rogue Warrior with Richard Marcinko. That book, Marcinko's autobiography and the story of the U.S. Navy's elite counterterrorism unit, SEAL Team Six, spent eight months on the Times best-seller list, including four weeks at number one. The sequels, Rogue Warrior: Red Cell, Rogue Warrior: Green Team, Rogue Warrior: Task Force Blue, Rogue Warrior: Designation Gold, and Rogue Warrior: Seal Force Alpha were all New York Times fiction-list best-sellers.
Weisman was appointed a Senior Fellow at the Annenberg Washington Program for Communications Policy Studies of Northwestern University in 1989. Prior to that, he wrote hundreds of articles for publications that run the gamut from the Columbia Journalism Review to Soldier of Fortune. He has lectured on media and writing at the National War College at Fort Leslie J. McNair, the American University, Cornell University, and Longwood College.
His books include the nonfiction best-seller Shadow Warrior, the life story of Felix Rodriguez, the CIA agent who captured Che Guevara, which was published by Simon and Schuster and was the subject of a 60 Minutes segment. His previous novels include Evidence, Watchdogs, and Blood Cries. His acclaimed CIA short story "There Are Monsterim" can be found in the current anthology Unusual Suspects.
Weisman was born in New York City in 1942. He attended the Birch Wathen School and Bard College. He divides his time between homes in the Washington, DC area and the Blue Ridge mountains of Virginia.
He can be reached via email at jweisman@ix.netcom.com

Stephen Coonts Dick Marcinko is the real McCyo, a warrior who has lived it.