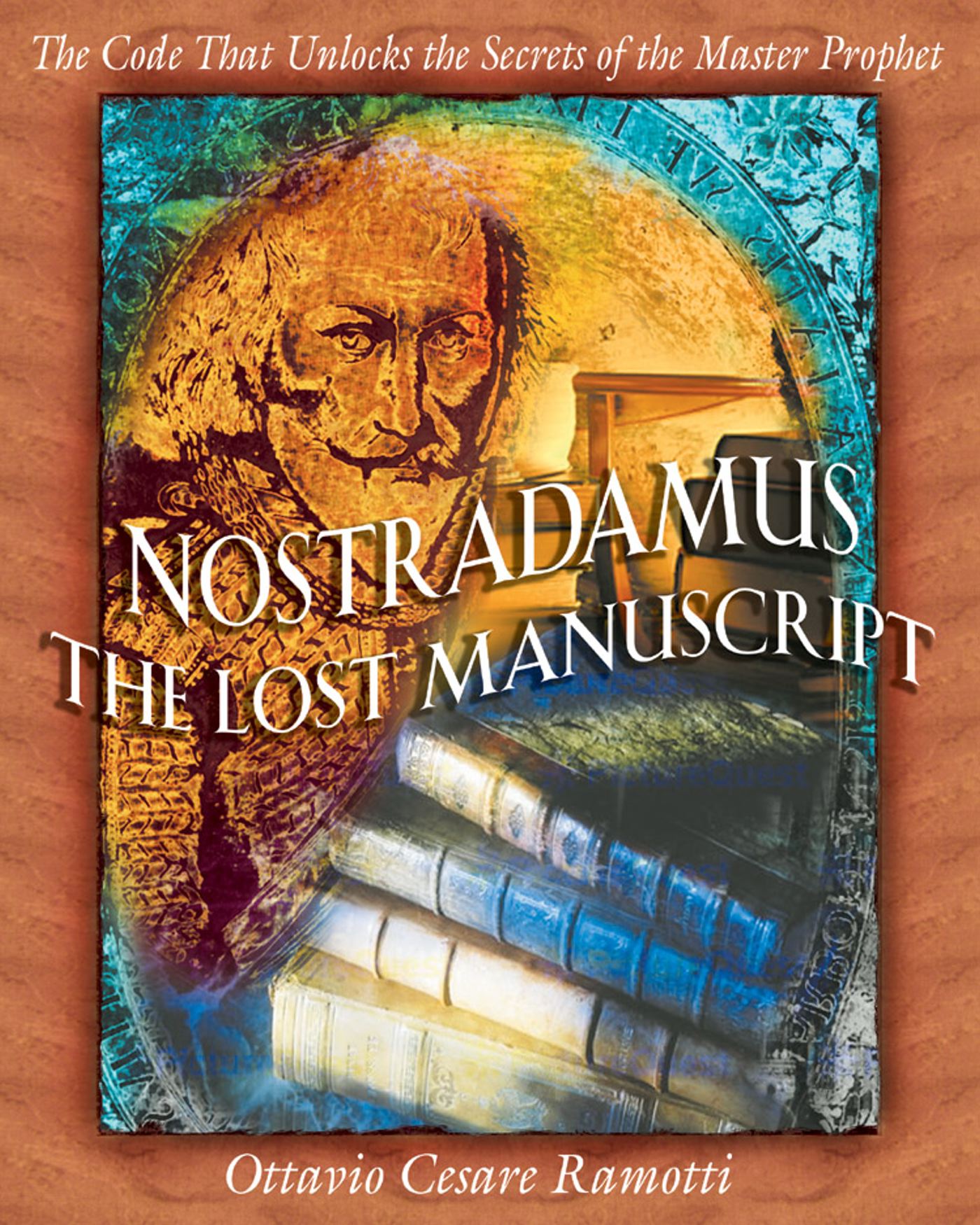 The Code That Unlocks the Secrets of the Master Prophet

• Contains prophecies for what the next millennium has in store

In 1994 members of the Italian National Library in Rome found buried in their archives an unknown and unpublished manuscript consisting of 80 mysterious paintings by the famed prophet Michel de Nostradamus (1503-1566). This manuscript, handed down to the prophet's son and later donated by him to Pope Urban VIII, confirms the hidden chronology of Nostradamus's quatrains discovered by the well-known Nostradamus scholar Ottavio Cesare Ramotti.

In both the paintings and accompanying quatrains within, Nostradamus correctly predicts such key events as the Nazi Blitzkrieg, the assassination attempt on Pope John Paul II, the burning of the oil wells of Kuwait by Iraq, and Boris Yeltsin's rise to power. Knowing the power that his prophecies contained, and wary of this power falling into the wrong hands, Nostradamus scrambled both the meaning and the order of his quatrains so that humanity would not be able to use them until it had become sophisticated enough to decode them. That time is now. Using a software program he created, Ramotti has finally cracked the code and produced a book that is required reading for those who want to know what the next millennium has in store.

Page viii
For the first time in the English language, Nostradamus: The Lost Manuscript reveals the secret meanings of many of Nostradamus's predictions, throwing the door wide open to the new millennium. By applying the code he deciphered from the stone of Turin, Ramotti shows how the quatrains, which were originally written in French, contain embedded messages from Nostradamus in Italian. Afraid of retribution encoded his prophecies so that their full meaning would be understood only in a future time by those prepared to use the knowledge for good rather than evil.
To preserve the authenticity of the process, the quatrains appear in this book in three forms: first in English, then in Ramotti along with the corresponding illustrations done by Nostradamus himself.
Did Nostradamus accurately predict events that would happen centuries later? Will his predictions for the new age come true and lead us toward a new world order? Read on and judge for yourself.
Page vii
For centuries, the cryptic, prophetic quatrains written by Michele Nostradamus in the sixteenth century have fascinated people the world over, not merely because of our unwavering interest in all things paranormal, but because so often the events predicted by Nostradamus have come to pass. The world is filled with seers and mediums, but none continues to hold the public's interest and collective imagination as does Nostradamus, the master prophet. And as the end of one millennium approaches and the beginning of a new age dawns, the predictions of Nostradamus take on a growing significance as we strain tot foresee how humankind will fare in the coming century.

Former program analyst for the Interforce Electronic Center of the Italian National Police, Ottavio Cesare Ramotti has dedicated the past 10 years to decoding more than 600 of the quatrains of Nostradamus. He lives in Rome.

The Code That Unlocks the Secrets of the Master Prophet