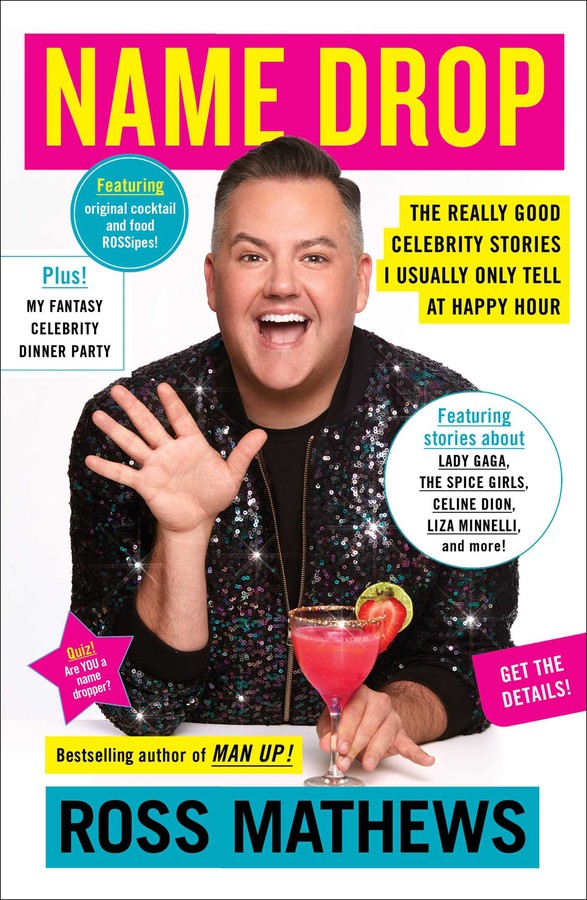 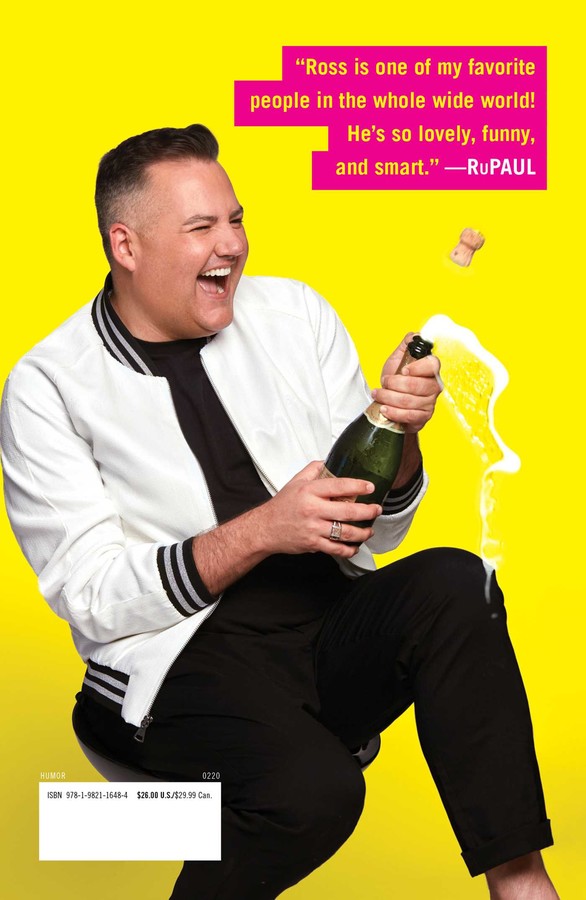 From Ross Mathews, the nationally bestselling author of Man Up!, judge on RuPaul’s Drag Race, and alum of Chelsea Lately, a collection of hilarious and irreverent essays about his experience with Hollywood’s most talked-about celebrities.

Pretend it’s happy hour and you and I are sitting at the bar. I look amazing and, I agree with you, much thinner in person. You look good, too. Maybe it’s the candlelight, maybe it’s the booze. Either way, let’s just go with it. Keep this all between you and me, and do me a favor? Don’t judge me if I name drop just a little.

Television personality Ross Mathews likes telling stories. He was always outrageous and hilariously honest, even when the biggest celebrity he knew was his favorite lunch lady in the school cafeteria. Now that he has Hollywood experience—from interning behind the scenes at The Tonight Show with Jay Leno to judging RuPaul’s Drag Race—he has a lot to talk about.

In Name Drop, Ross dishes about being an unlikely insider in the alternate reality that is showbiz, like that time he was invited by Barbara Walters to host The View—only to learn his hero did not suffer fools; his Christmas with the Kardashians, which should be its own holiday special; and his news-making talk with Omarosa on Celebrity Big Brother, which, as it turns out, was just the tip of the iceberg. Holding nothing back, Ross shares the most treasured and surprising moments in his celebrity-filled career, and proves that while exposure may have made him a little bit famous, he is still as much a fanboy as ever.

Filled with tales ranging from the horrifying to the hilarious—and with just the right “Rossipes” and cocktails to go along with them—Name Drop is every pop culture lover’s dream come true.

Prologue PROLOGUE
Name-dropping runs rampant in Hollywood, like high-speed car chases, gluten intolerance, and syphilis. And much like syphilis, name-dropping is super-grody and spreads quickly. You can’t walk five feet down Sunset Boulevard without overhearing some Real Housewife of Whatever telling a former Disney tween about how her new trainer is the guy who got Chris Pratt’s body into batshit-crazy shape for that comic book movie. No, not that comic book movie. The other one. No, not that one. The other one.

Side note, Chris, if you’re reading this—and I just assume you are—I love your body… of work. Honey, I’d Guard your Galaxy any day! (Side note: I’d like to point out that I made a conscious choice to not make a cheap, tasteless Uranus joke here. Why? Because I’m trying to be bigger than that. We’ll see how long that lasts.)

As someone who has interviewed just about every celebrity you can imagine on every red carpet you can imagine for nearly the past two decades, I have some pretty amazing stories. And, trust me—the red carpet stories are the boring ones! The stories where I actually get invited into celebrities’ secret lives—their natural habitats, if you will—are the real gold. Their private tables in restaurants, their magnificent movie trailers, their hilariously humongous houses—that’s where the really good stuff happens.

From time to time, I’ve managed to sneak beyond the velvet rope that separates them from us mere mortals and see what few ever get to see.

The following Hollywood stories are wholeseome and hilarious. No celebrity was harmed in the making of this book. But don’t worry, honey—we’re still gonna go there. I mean, don’t you wanna know what Kanye piled onto his plate at the buffet when I was in line behind him at the Kardashian Christmas party? And who would it hurt if I told you? Ham. It was ham. See—now you know and nobody died. Well, the pig did, but you can’t blame me for that.

No one ever specifically told me not to tell these stories, but I never do… Unless you take me to happy hour and ply me with cheap two-for-one cocktails and appetizers. What can I say? I’m a total whore for a hors d’oeuvre!

The idea for this book hit me as I was hanging out with a fun group of friends—some old friends, some new friends, some old friends who, thanks to Botox, look new. After about four Skinny Margaritas (I was going to have only three, but hello, they’re two-for-one!), I told one of these exceptionally juicy stories and noticed my friends, their mouths agape, hanging on my every word. When I finished narrating, one of them said, “You have to put that in a book!” to which I indignantly replied, “I could never!”

And then I asked myself the same question I did when I was offered Skinny Margaritas number five and six: “Why not?”

You should also know that, in true Ross Mathews spirit, I’ve taken the liberty of creating a corresponding cocktail and a related recipe—or “Rossipe,” as I call them—for each chapter (why should Martha Stewart have all the fun?). What other book has done that for you, huh? Go open up Moby-Dick! There’s not a single recipe in there—not even for fish sticks! I know—I was shocked, too! No wonder nobody ever read it!

So here we go. Let’s get this soon-to-be-classic piece of literature started! Pretend it’s happy hour and you and I are sitting at the bar. I look amazing and, I agree with you, much thinner in person. You look good, too. Maybe it’s the candlelight, maybe it’s the booze—either way, let’s just go with it. Just lean in, keep this all between you and me, and do me a favor? Don’t judge me if I name-drop just a little. Thanks. I promise this book will be out of this world. Just like Uranus. Dammit! 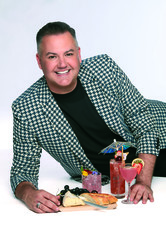 Ross Mathews is one of the most in-demand television personalities and pop culture experts in entertainment today. He is a judge on the Emmy Award–winning show RuPaul’s Drag Race, the bestselling author of Man Up!: Tales of My Delusional Self-Confidence, and the host of the weekly pop culture podcast Straight Talk with Ross Mathews. He lives in Los Angeles and Palm Springs.

“Ross is one of my favorite people in the whole wide world! He’s so lovely, funny, and smart.” —RuPaul

“Mathews is known for his distinctive voice, and fans will be pleased to see how well his gleeful corniness translates onto the page in this collection of charmingly told essays about celebrity close encounters….Each chapter starts with a ‘Rossipe,’ both for a cocktail and an hors d'oeuvre, which just adds to the party-like atmosphere of this pop-culture gab-fest of a book.” —Booklist

“With a sharp wit, television personality Mathews navigates a galaxy of Hollywood stars to deliver a hilarious collection of celebrity stories….Mathews’s unbound enthusiasm about his profession is infectious…and his stories are dishy but never cruel, making this a guilt-free treat. Perfect for readers of celebrity gossip, these laugh-out-loud vignettes never fail to amuse." —Publishers Weekly

"This pun-filled and fun-filled entertainment offers a delightful mix of sweet and sour celebrity experiences, and Mathews is the perfect tour guide." —Shelf Awareness