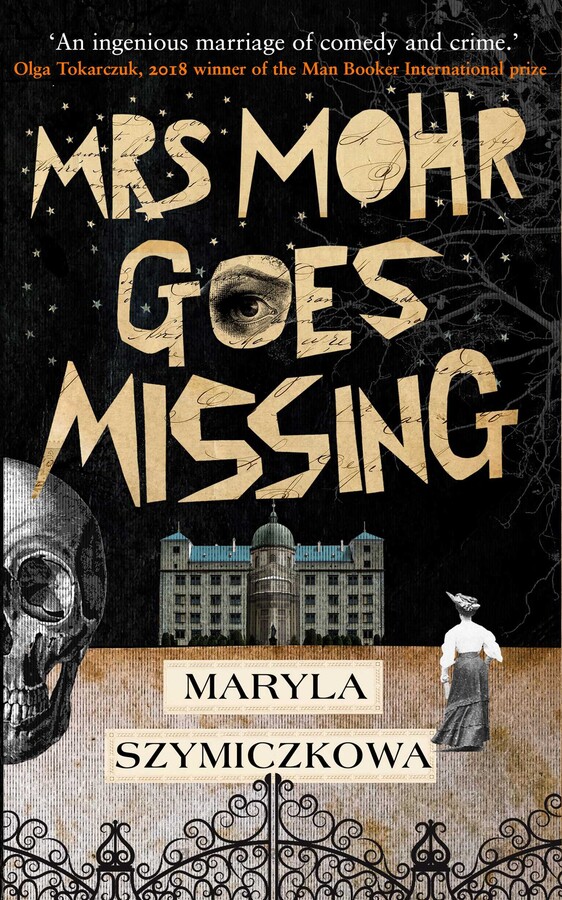 'An ingenious marriage of comedy and crime.' Olga Tokarczuk, 2018 winner of the Man Booker International prize

If Wes Anderson wrote feisty, female-led mysteries set in Poland, this is what he might write!

Cracow, 1893. Desperate to relieve her boredom and improve her social standing, Zofia Turbotynska decides to organise a charity raffle. In a bid to recruit the patronage of elderly aristocratic ladies, she visits Helcel House, a retirement home run by nuns.

But when two of the residents are found dead, Zofia discovers that her real talents lie in solving mysteries.

Inspired by Agatha Christie and filled with period character and zesty charm, series opener Mrs Mohr Goes Missing vividly recreates life in turn-of-the-century Poland, confronting a range of issues from class prejudice to women's rights, and proves that everyone is capable of finding their passion in life, however unlikely that passion may seem.

‘Strong-minded Zofia is an appealing character and the sprightly narrative and vivid evocation of turn-of-the-century Poland make for an enjoyable tale.’

‘While there is a strong whiff of Agatha Christie in this book, it is much more than a pastiche... The story fuses high comedy with an evocative portrayal of the period. And the author’s pseudonym conceals the identities of two well-known Polish writers…ably translated by Antonia Lloyd-Jones.’

‘The unravelling of the mystery is ingenious... It’s fun and sparky and the glimpse of turn-of-the-century Polish manners and mores is beguiling.’

‘An ingenious marriage of comedy and crime.’

‘This is a delicious read.’

'This is an entertaining, and with its depiction of upper-class life in a now vanished society, an informative read.'

‘The main appeal here is the pseudonymous Szymiczowa’s intriguing evocation of turn-of-the-century Poland, an area that remains underexplored in crime fiction. The approach is largely humorous, and some of the whimsy here will not appeal to all tastes…. But for those readers who find themselves attuned to the wavelength of amateur sleuth Zofia Turbotynska, there is much pleasure to be had – and even such issues as class and women’s rights are addressed in the context of a pleasing narrative.’

‘Charming and moreish…this is a tale that conjures up the delightful books of Dorothy L Sayers and is the perfect diversion for annoying commutes.’

‘How have Dehnel and Tarczynski pulled it off? By not taking the easy option, but by taking pains to recreate the Krakow of more than a century ago, comically satirising the haughty city without resorting to malice. As we read this book, we love and loathe old-time Krakow equally. And that’s just what the authors wanted.’

'An ingenious marriage of comedy and crime.' Olga Tokarczuk, 2018 winner of the Man Booker International prize