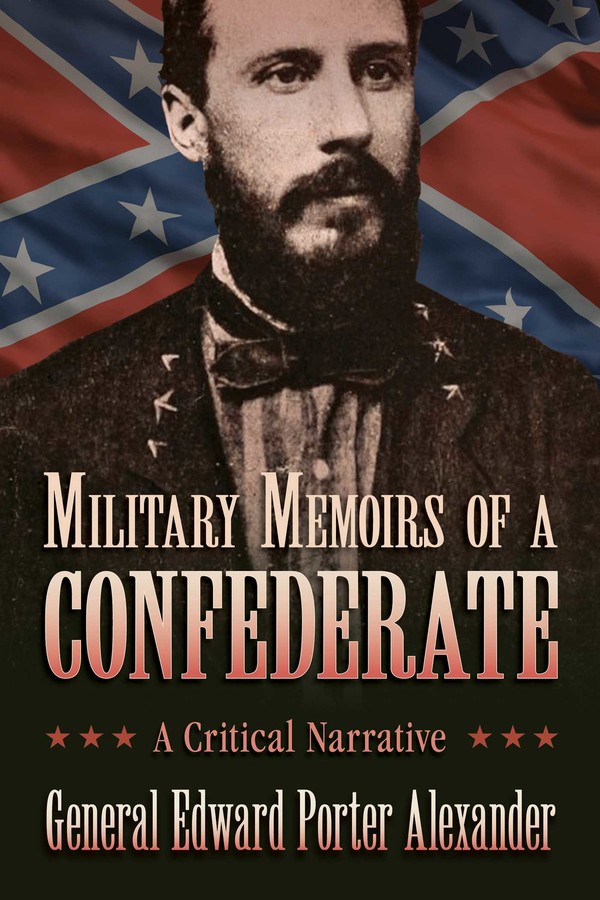 Military Memoirs of a Confederate

First published in 1907, Military Memoirs of a Confederate is regarded by many historians as one of the most important and dispassionate first-hand general accounts of the American Civil War. Unlike some other Confederate memoirists, General Edward Porter Alexander had no use for bitter Lost Cause” theories to explain the South’s defeat. Alexander was willing to objectively evaluate and criticize prominent Confederate officers, including Robert E. Lee. The result is a clear-eyed assessment of the long, bloody conflict that forged a nation.

The memoir opens with Alexander, recently graduated from West Point, heading to Utah to tamp down the hostile actions of Mormons who had refused to receive a territorial governor appointed by President Buchanan. A few years later, Alexander finds himself on the opposite side of a much larger rebellionthis time aligned with Confederates bent on secession from the Union. In the years that follow, he is involved in most of the major battles of the East, including Manassas, Antietam, Chancellorsville, Gettysburg, and Chickamauga. Alexander describes each battle and battlefield in sharp detail.

Few wartime narratives offer the insight and objectivity of Alexander’s Military Memoirs of a Confederate . Civil war buffs and students of American history have much to learn from this superb personal narrative.

Military Memoirs of a Confederate