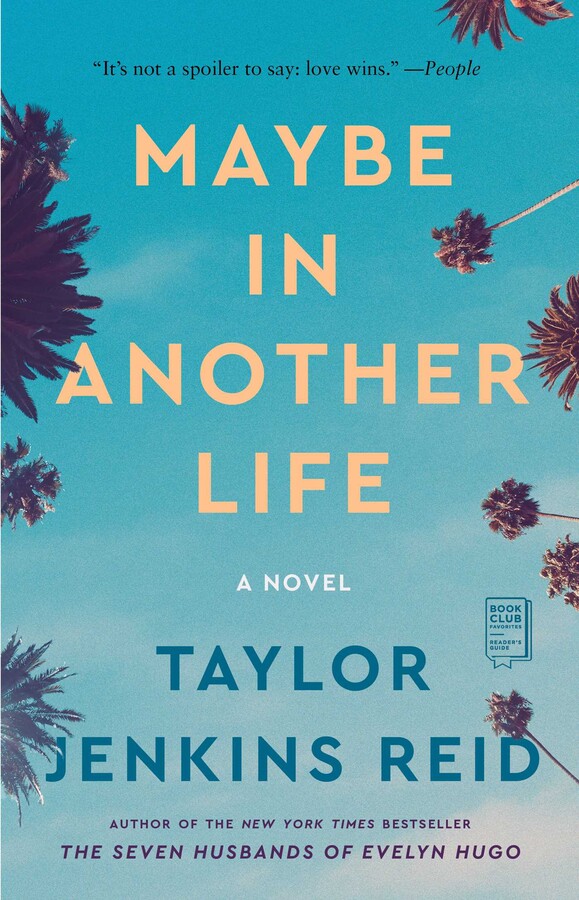 Maybe in Another Life

From the acclaimed author of The Seven Husbands of Evelyn Hugo and After I Do comes a breathtaking new novel about a young woman whose fate hinges on the choice she makes after bumping into an old flame; in alternating chapters, we see two possible scenarios unfold—with stunningly different results.

At the age of twenty-nine, Hannah Martin still has no idea what she wants to do with her life. She has lived in six different cities and held countless meaningless jobs since graduating college. On the heels of leaving yet another city, Hannah moves back to her hometown of Los Angeles and takes up residence in her best friend Gabby’s guestroom. Shortly after getting back to town, Hannah goes out to a bar one night with Gabby and meets up with her high school boyfriend, Ethan.

In concurrent storylines, Hannah lives out the effects of each decision. Quickly, these parallel universes develop into radically different stories with large-scale consequences for Hannah, as well as the people around her. As the two alternate realities run their course, Maybe in Another Life raises questions about fate and true love: Is anything meant to be? How much in our life is determined by chance? And perhaps, most compellingly: Is there such a thing as a soul mate?

Hannah believes there is. And, in both worlds, she believes she’s found him.

This reading group guide for Maybe in Another Life includes an introduction, discussion questions, and ideas for enhancing your book club. The suggested questions are intended to help your reading group find new and interesting angles and topics for your discussion. We hope that these ideas will enrich your conversation and increase your enjoyment of the book.

At the age of twenty-nine, Hannah Martin still has no idea what she wants to do with her life. She has lived in six different cities and held countless meaningless jobs since college, but on the heels of a disastrous breakup, she has finally returned to her hometown of Los Angeles. To celebrate her first night back, her best friend, Gabby, takes Hannah out to a bar—where she meets up with her high school boyfriend, Ethan.

It’s just past midnight when Gabby asks Hannah if she’s ready to go. Ethan quickly offers to give her a ride later if she wants to stay.

What happens if she leaves with Gabby?

What happens if she leaves with Ethan?

In concurrent storylines, Hannah lives out the effects of each decision. Quickly, these parallel universes develop into surprisingly different stories with far-reaching consequences for Hannah and the people around her, raising questions including: Is anything meant to be? How much in our life is determined by chance? And perhaps, most compellingly: is there such a thing as a soul mate?

Hannah believes there is. And, in both worlds, she believes she’s found him.

Questions and Topics of Discussion

1. Hannah opens the novel needing to find a sense of home, and a renewed, stronger sense of self. Does she find both of these things by the novel’s conclusion? Are they different in each ending, or more or less the same?

2. Hannah has a complicated and somewhat distant relationship with her family after they move to London. Hannah’s dad admits, “Your mother and I realized we had made a huge mistake not bringing you with us. We never should have let you stay in Los Angeles. Never should have left you” (page 125). What do you think about this statement? What does Hannah’s reaction to this confession indicate to you?

3. Why do you think Gabby makes such an effort to spell out her feminism?

4. There are some choices that Hannah faces in both of her stories. Can you identify these? Discuss whether her ultimate decisions differ or are the same in each plot thread. What is their significance?

5. Turn to p. 194 and reread the conversation Hannah has with Ethan from her hospital bed. What do you make of her statement, “Whatever would have happened wasn’t supposed to happen” (page 165)? Do you agree with Hannah that believing we’re all destined for something makes it easier to bear the harder moments?

6. Hannah says, “I’m starting to think maybe you just pick a place and stay there. You pick a career and do it. You pick a person and commit to him” (page 210). Is this idea—that sometimes, you just have to make a decision and stick with it—mutually exclusive with any notion of fate or destiny?

7. Reread Gabby and Hannah’s conversation about soul mates (pages 208–210). Do you agree with Hannah when she says that sometimes you can just tell about a person? Have you ever had a person about whom you felt you could just tell?

8. While on the surface, the novel may seem to focus on which man Hannah will end up with, there are several types of love explored in Maybe in Another Life. Discuss these as a group. Which of the many relationships depicted was your favorite? How did they change and grow in each storyline?

9. Mark tries to defend his decision to leave Gabby by saying, “I didn’t mean for it to happen. But when you have that kind of connection with someone, nothing can stand in its way” (page 273). What do you think about this? Do you agree with Hannah’s belief that “your actions in love are not an exception to who you are. They are in fact the very definition of who you are” (page 274)? How does this jibe with the idea that sometimes you can just tell someone is right for you?

10. Did you believe in fate when you started the novel? Did the novel change, challenge, or uphold your opinion?

11. Certainly some of the characters, including Hannah at times, believe in fate. Do you think the book itself suggests that fate exists? What about soul mates?

12. Did you find yourself rooting for one ending versus the other? Do you have an opinion on whether Hannah should have ended up with Henry or with Ethan? If you were Hannah, which ending would you have wanted for yourself?

13. Think about the statement that Jesse makes at the end of the novel: “Everything that is possible happens” (page 330). If that’s true, what do other versions of your life look like?

1. Hannah has a special love for cinnamon rolls. In honor of her, make (or buy from your favorite bakery) some cinnamon rolls for your book club.

2. The 1998 movie Sliding Doors (starring Gwyneth Paltrow) takes a similar premise as Maybe in Another Life, and examines how one woman’s life differs based on whether or not she catches a train. Watch the film as a group, and discuss how its portrayal of two possible outcomes for one woman’s life differs from Hannah’s story. Are the two projects making the same point or contrasting ones?

3. Taylor Jenkins Reid is the author of two other novels, Forever, Interrupted and After I Do. Pick one to read as a group and compare and contrast it with Maybe in Another Life. What do Reid’s earlier books have to say about fate and soul mates? 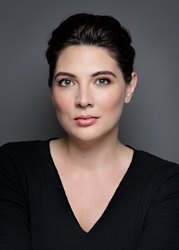 Taylor Jenkins Reid lives in Los Angeles and is the acclaimed author of Daisy Jones & the Six, The Seven Husbands of Evelyn Hugo, One True Loves, Maybe in Another Life, After I Do, and Forever, Interrupted. To learn more, visit TaylorJenkinsReid.com.

Praise for Maybe in Another Life:
“Entertaining and unpredictable; Reid makes a compelling argument for happiness in every life.”


"Reid makes you think about love and destiny and then shows you the what could have been; I loved every word. A heartfelt, witty and scintillating journey from one parallel universe to another; Maybe in Another Life takes the concept of fate and makes it tangible and engrossing; I couldn't put this book down!"

"Readers looking for a romance with a twist won't be disappointed"

Praise for After I Do:
"Taylor Jenkins Reid offers an entirely fresh and new perspective on what can happen after the "happily ever after." With characters who feel like friends and a narrative that hooked me from the first page, After I Do takes an elegant and incisively emotional look at the endings and beginnings of love. Put this book at the top of your must read list!"

“Written in a breezy, humorous style familiar to fans of Jane Green and Elin Hilderbrand, After I Do focuses on Lauren’s journey of self-discovery. The intriguing premise and well-drawn characters contribute to an emotionally uplifting and inspiring story.”

"As uplifting as it is brutally honest—a must-read."

– Kirkus on After I Do

"Moving, gorgeous and, at times, heart-wrenching. Taylor Jenkins Reid writes with wit and true emotion that you can feel. Read it, savor it, share it."

"Taylor Jenkins Reid writes with ruthless honesty, displaying an innate understanding of human emotion and creating characters and relationships so real I’m finding it impossible to let them go. After I Do is a raw, unflinching exploration of the realities of marriage, the delicate nature of love, and the enduring strength of family. Simultaneously funny and sad, heartbreaking and hopeful, Reid has crafted a story of love lost and found that is as timely as it is timeless."

– Katja Millay, author of The Sea of Tranquility

Praise for Forever, Interrupted:
“A moving novel about life and death.”

"You'll laugh, weep and fly through each crazy-readable page."

"Sweet, heartfelt, and surprising, Forever Interrupted is a story about a young woman struggling to find her way after losing her husband. These characters made me laugh as well as cry, and I ended up falling in love with them, too."

– Sarah Pekkanen, author of The Best of Us

“Taylor Jenkins Reid has written a poignant and heartfelt exploration of love and commitment in the absence of shared time that asks, what does it take to be the love of someone's life?”

"This beautifully rendered story explores the brilliance and rarity of finding true love, and how to find our way back through the painful aftermath of losing it. These characters will leap right off the page and into your heart."

Maybe in Another Life