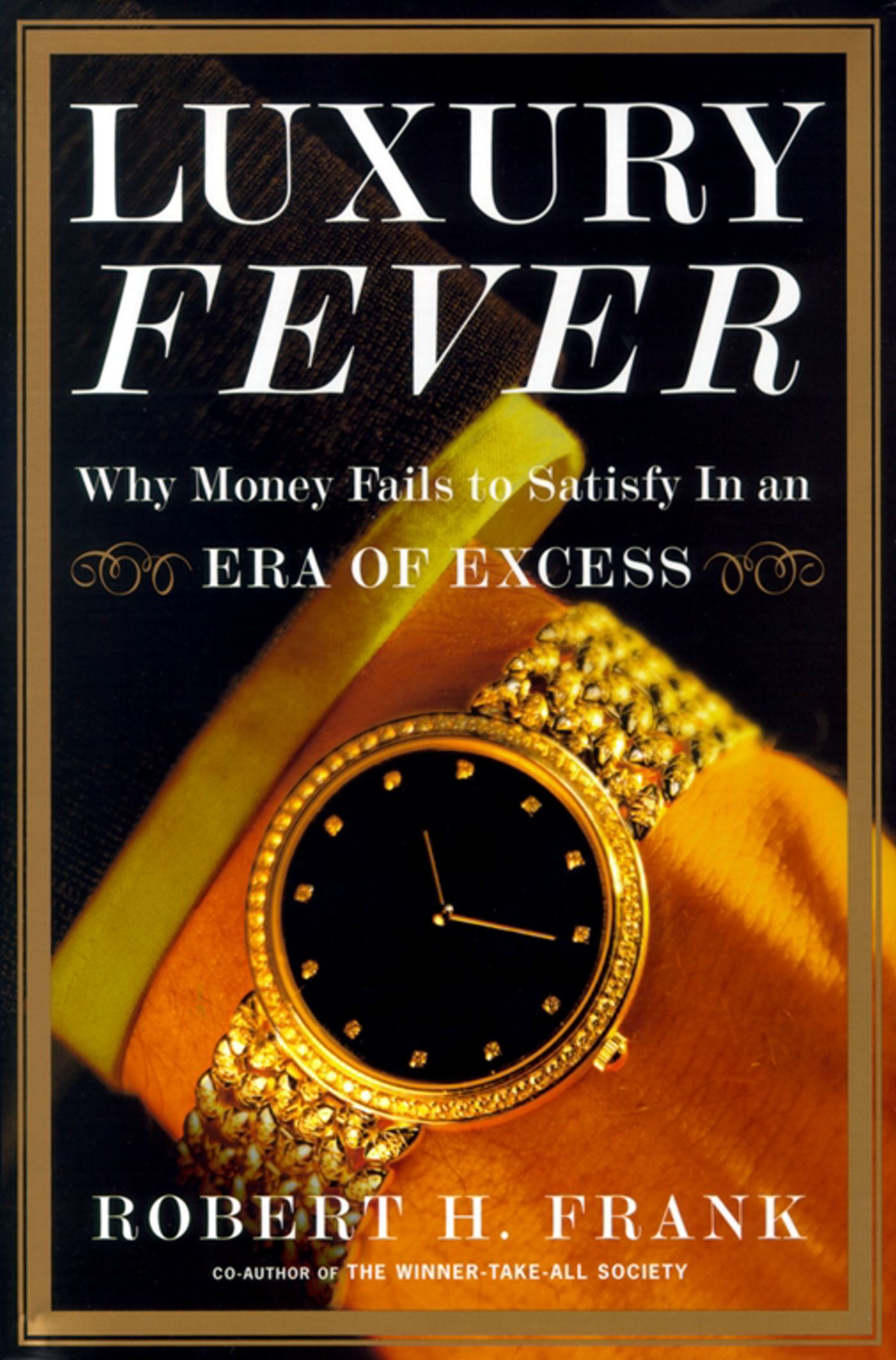 Why Money Fails to Satisfy In An Era of Excess

A new luxury fever has America in its grip. Independent of stock prices, recessions, and inflation rates, the past two decades have witnessed a spectacular and uninterrupted rise in luxury consumption. Ordinary, functional goods are no longer acceptable. Our cars have gotten larger, heavier, and far more expensive. Mansions larger than 30,000 square feet no longer seem extravagant. Wristwatches for the super-rich cost tens of thousands of dollars. We are living in an era of excess.
Consider:

Robert Frank caused a national debate in 1995 when he and co-author Philip Cook described the poisonous spread of "winner-take-all" markets. Now he takes a thought-provoking look at the flip side of spreading inequality: as the super-rich set the pace, everyone else spends furiously in a competitive echo of wastefulness. The costs are enormous: We spend more time at work, leaving less time for family and friends, less time for exercise. Most of us have been forced to save less and spend and borrow much more. The annual rate at which American families file for personal bankruptcy has grown to one in seventy. Budgetary pressures have reduced our willingness to fund even essential public services: Our food and water are increasingly contaminated. Potholes proliferate, and traffic delays double every ten years.
Frank offers the first comprehensive and accessible summary of scientific evidence that our spending choices are not making us as happy and healthy as they could. Furthermore, he argues that human frailty is not at fault. The good news is that we can do something about it. We can make it harder for the super-rich to overspend, and capture our own competitive energy for the public good. Luxury Fever boldly offers a way to curb the excess and restore the true value of money.
Robert H. Frank

Steven Pinker, M.I.T. author of How the Mind Works and The Language Instinct Robert Frank is a provocative economist with the eye of a novelist, the mind of a psychologist, and the pen of a fine essayist. In Luxury Fever, he lucidly explains how we got onto -- and how we might get off of -- the treadmill of status-seeking. Luxury Fever will annoy doctrinaires, both liberal and conservative, but it will delight Robert Frank fans and anyone who is curious about the human condition at the turn of the millennium.

James Fallows author of Breaking the News Robert Frank showed in The Winner-Take-All Society that he has the rare ability to apply the tools of economic analysis while still retaining a sense of humor and realism about the world. Luxury Fever is popular economics in the most honorable sense of that term -- it uses economic evidence and reasoning to help us look in a new way at the basic choices we make in life.

George Akerlof The Brookings Institution Robert Frank has written a fabulous book. By casting a questioning eye on the amusing spending patterns of the rich, it suggests that the expenditures of the rest of us, who are less well endowed, are similarly, although less extravagantly, skewed. As a result, judicious tightening of the belt, here and there, could result in only very small losses in welfare, but could also free up resources for easier and better lives, for our own selves as well as for others. This highly original work is one of the most important contributions to economics in recent years.

Why Money Fails to Satisfy In An Era of Excess