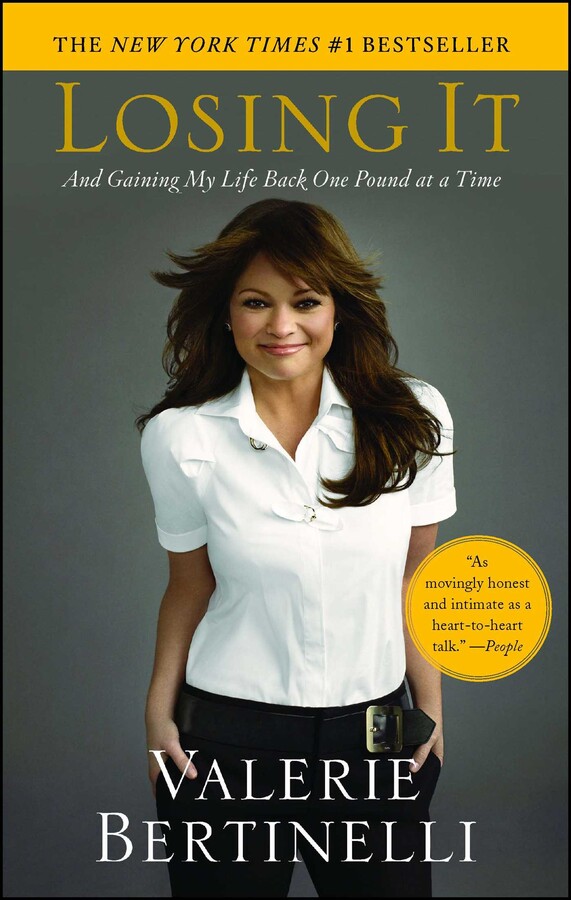 And Gaining My Life Back One Pound at a Time

We all knew and loved Valerie Bertinelli years ago when she played girl-next-door cutie Barbara Cooper in the hit TV show One Day at a Time, and then starred in numerous TV movies. From wholesome primetime in America's living rooms, Valerie moved to late nights with the hardest-partying band of the decadent eighties when she became, at twenty, wife to rock guitarist Eddie Van Halen. Losing It is Valerie's frank account of her life backstage and in the spotlight. Here are the ups and downs of teen stardom, of her complicated marriage to a brilliant, tormented musical genius, and of her very public struggle with her weight.

Surprising, uplifting, and empowering, Losing It takes you behind the scenes of Valerie's acting career and marriage, recalling the comforts, friendships, and problems of her television family, her close relationships with her parents and brothers, the stress and worries of being the wife of a rock star, and the joys of motherhood. Like many women, Valerie often remembers the state of her life by the food she ate and the numbers on her scale. So despite her celebrity, Valerie's voice is so down-to-earth, honest, and appealing that you'll feel as if you're talking with a girlfriend over coffee. Funny and candid, Valerie recounts her attempts to maintain a healthy self-image while dealing with social pressures to look and act a certain way, and to overcome career insecurities and relationship problems, all of which will be familiar to the hundreds of thousands of women who struggle every day with these same issues.

From marital turmoil to the joys of a new career, from being named among Penthouse's ten sexiest women in the world to overhearing whispers about her weight gain in the grocery store, this is Valerie's inspiring journey as she finds new love, raises a terrific kid, and motivates other women as a spokesperson for Jenny Craig. 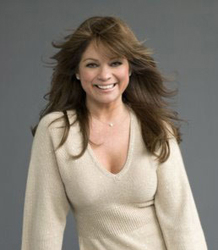 Valerie Bertinelli has been acting since the age of twelve, appearing in more than two dozen made-for-TVmovies. Most recognizably, she appeared on the long-running sitcom One Day at a Time and, more recently, on Touched by an Angel. Now a spokesperson for Jenny Craig, Bertinelli was raised in Claymont, Delaware, and in the San Fernando Valley, California, and was married for twenty years to Eddie Van Halen (they split up in 2001). Currently, she lives with her son, Wolfgang, in Los Angeles.

And Gaining My Life Back One Pound at a Time