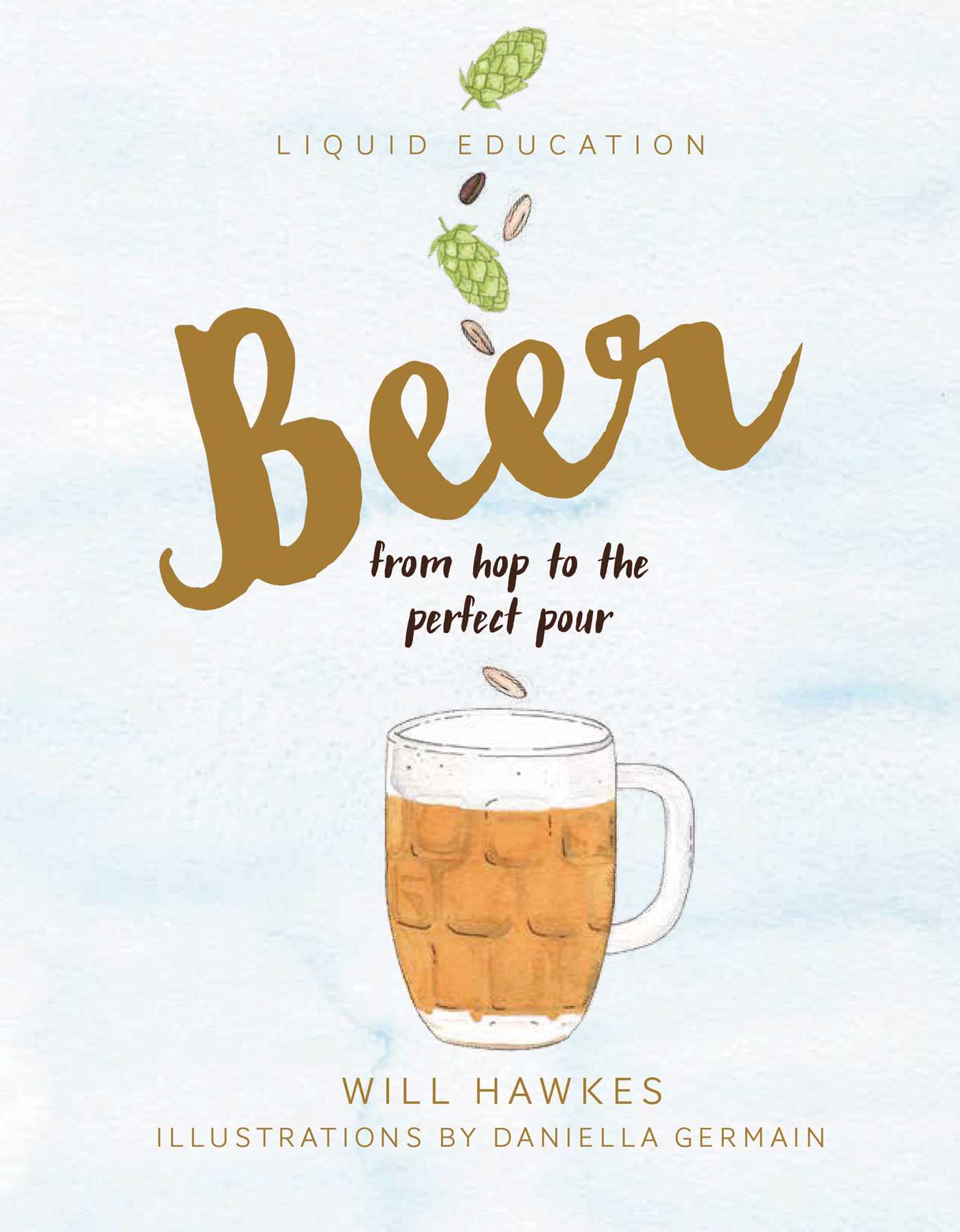 Liquid Education: Beer: From hop to the perfect pour

Whether you’re a beer aficionado with your own small batch brewing in your backyard or you are new to the beer scene Liquid Education: Beer is the perfect accompaniment to learning all things about everyone’s favorite tipple. Compiled into pint-sized chapters and beautifully illustrated by Daniella Germain, this go-to guide contains everything from the history and stories behind beer-making and beer flavor profiles, to the rise of the craft beer movement and the popularity of home-brewing. Educate yourself about the wonders of beer! Chapters look at the following beery elements in detail.

• The rise of craft beer as a worldwide phenomenon and the proliferation of styles.
• The story of beer - in particular the invention of India Pale Ale, the creation of pale lager along with lager’s 20th-century world domination, the late 20th century revival in US/UK.
• What is beer? Malt - what it does, some key types; Hops - what they do, key types (including but not limited to Saaz, Tettnanger, EK Goldings, Fuggles, Cascade, Citra, Simcoe, Nelson Sauvin & Galaxy), discussion of hop terroir; yeast, including a discussion of its centrality to brewing and its impact on flavor plus some key types; water, and why it matters (Burton v Pilsen); adjuncts, and how they are crucial in some great beers.
• An in-depth look at different beer styles, featuring key examples, flavors, history etc. Focuses on pale ale/IPA; stout/porter; wheat beers; pale lager; other lagers (Dunkel, Vienna lager, smoked beers); sour beers; saisons; hybrids
• How to make beer, step-by-step; the rise of homebrewing and how homebrewers have changed the world of beer.
• Food and beer. We all know that particular wine varieties can be perfectly paired with great food, but did you know that the same is true for beer? Learn how to match your favorite brew with different ingredients – stilton and IPA, eggs and weissbier, roast chicken and bock, for example – and perfect the art of cooking with beer.

Liquid Education: Beer: From hop to the perfect pour