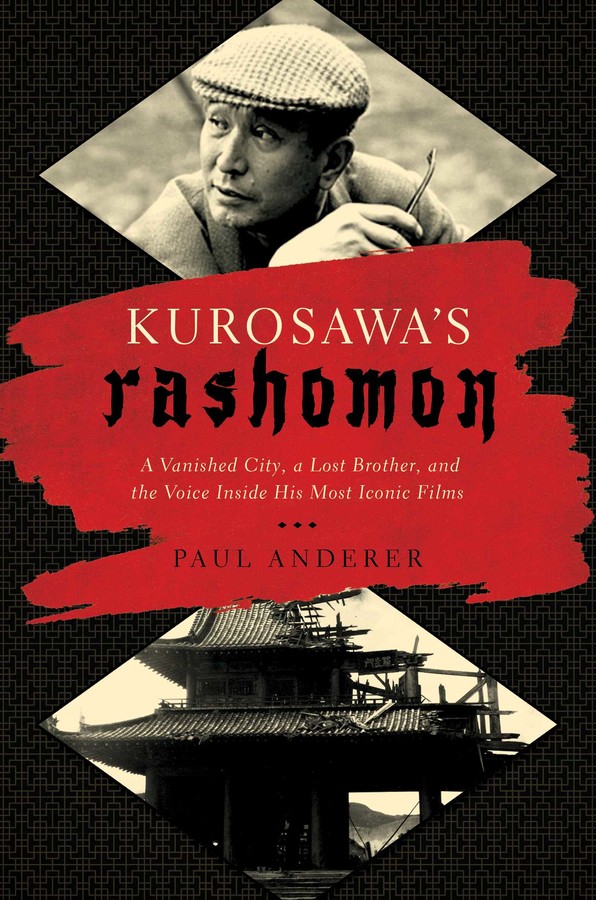 A Vanished City, a Lost Brother, and the Voice Inside His Iconic Films

A groundbreaking investigation into the early life of the iconic Akira Kurosawa in connection to his most famous film—taking us deeper into Kurosawa and his world.

Paul Anderer looks back at Kurosawa before he became famous, taking us into the turbulent world that made him. We encounter Tokyo, Kurosawa’s birthplace, which would be destroyed twice before his eyes; explore early twentieth-century Japan amid sweeping cross-cultural changes; and confront profound family tragedy alongside the horror of war.

With fresh insights and vivid prose, Anderer discusses the Great Earthquake of 1923, the dynamic energy that surged through Tokyo in its wake, and its impact on Kurosawa as a youth. When the city is destroyed again, in the fire-bombings of 1945, Anderer reveals how Kurosawa grappled with the trauma of war and its aftermath, and forged his artistic vision. Finally, he resurrects the specter and the voice of a gifted and troubled older brother—himself a star in the silent film industry—who took Kurosawa to see his first films, and who led a rebellious life until his desperate end.

Kurosawa’s Rashomon uncovers how a film like Rashomon came to be, and why it endures to illuminate the shadows and the challenges of our present.

Paul Anderer is the author of Other Worlds: Arishima Takeo and the Bounds of Modern Japanese Fiction, and Literature of the Lost Home: Kobayashi Hideo-Literary Criticism, 1924-1939. He has written widely on Tokyo and the culture of cities. He teaches courses on Japanese literature and film at Columbia, where he is the Mack Professor of Humanities. Paul Anderer lives in New York City.

"One would think there’s little room for a fresh perspective on the man and his movies, but Paul Anderer’s compelling account of Kurosawa’s formative years proves otherwise. Kurosawa's Rashomon is a page-turner. Evocative, poetic, and informative. Kurosawa’s Rashomon does a wonderful job of fleshing out the historical and cultural context in which Kurosawa grew up, encouraging one to go back and revisit his films with new eyes."

– Jasper Sharp, All the Anime.com

"A well-researched study that is part biography of Kurosawa, part cultural history of modern Japan and part film monograph. Energetic, straightforward, and free of academic jargon."

"Rashomon has become ‘a key word of our time,’ referring to the impossibility of knowing the truth and instead being confronted with multiple perceptions of what might have happened. Anderer turns that Rashomon effect on the film itself, presenting the inspirations and histories that went into its creation, including the pivotal consequences of the youthful double suicide of ­Kurosawa’s beloved older brother and his lover, writer Ryunosuke Akutagawa’s original texts, Japanese film history, Kurosawa’s films before and after, important collaborators’ reminiscences, and much more."

"A prismatic look at the esteemed filmmaker’s life. A sensitive investigation...Anderer also traces other dark forces in Kurosawa's life and ‘the hollowed-out emptiness’ of postwar Japan. Perceptive insights about the mysterious heart of a legendary movie and its maker."

"Paul Anderer offers us not only the spiritual, philosophical, and aesthetic evolution of one of the pre-eminent masters of world cinema but a close insightful analysis of his most seminal and influential film. Lucid, knowing and elegantly nuanced, Kurosawa’s Rashomon is a pivotal read not only for film makers and film scholars but for anyone who is simply enraptured by the masterworks of this giant of twentieth century culture."

– Richard Price, author of 'The Whites and Lush Life'

"A powerful and deeply engrossing account of one of the greatest artists—and greatest films—of modern times. Paul Anderer, who wears his learning lightly, deftly brings to life Kurosawa’s world, work, and influences. This is cultural history at its very best."

"Paul Anderer takes an altogether fresh look at Kurosawa’s most famous film, finding its deep wellsprings in catastrophes both public and private. His book gives a rich sense of the turbulent modernist currents and formidable pre-war film culture that nurtured Kurosawa’s art, and movingly conveys just how much was at stake in every frame of his greatest works."

A Vanished City, a Lost Brother, and the Voice Inside His Iconic Films