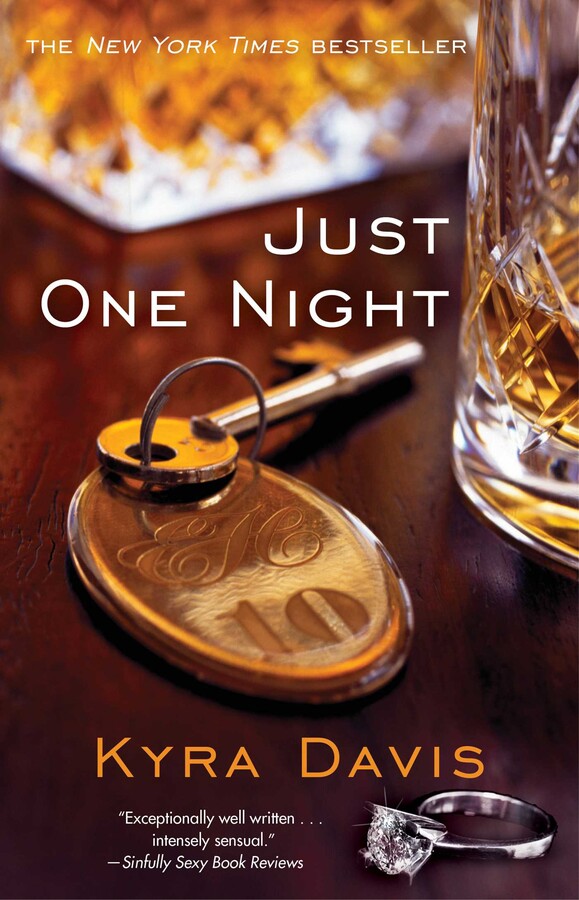 Kasie Fitzgerald knows who she’s supposed to be. Responsible. Reliable. Predictable. She’s an ambitious workaholic who is devoted to the sensible man she plans to marry. But one wild, impulsive night in Vegas is about to open her eyes up to who she wants to be...

Trying her sexy new dress and her luck at a blackjack table, Kasie meets him. Intense. Flirtatious. Dangerous. She accepts his invitation for a drink...and then to his hotel room. She doesn’t know his name. But she’ll never forget the sex. Hard. Thrilling. Explosive.

So when her mystery man later shows up at her office unexpectedly, she succumbs to his mastery, both in bed and in the boardroom. There’s no telling where the powerful, wealthy Robert Dade will lead her. But there’s also no resisting her desire...however far she’ll go under its spell.

The only question is who she’ll be when the journey ends. 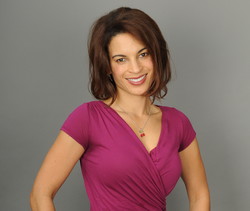 Kyra Davis is the New York Times bestselling author of Just One Night, “Just Once More”, Just One Lie, the Pure Sin series, the Sophie Katz mystery series, and the novel So Much for My Happy Ending. Now a full-time author and television writer, Kyra lives in the Los Angeles area with her husband, son, their leopard gecko, and their lovably quirky Labrador, Sophie Dogz. To learn more, visit KyraDavis.com or follow her on Twitter @_KyraDavis and Facebook.com/AuthorKyraDavis.

" Kasie could have easily been another flimsy heroine bulldozed by an alpha male. Instead she finds new strength in her relationship with domineering Robert, whose overprotective nature—which borders on the Edward Cullen stalkerish—tests her limits. Watching Kasie outgrow her toxic relationship with Dave and become her own person alongside Robert is what makes this story. Not to mention, Davis's prose is beautiful and her sex scenes both creative and hot."

"I couldn't envision a better ending if I tried...definitely different than anythin else I've read in this genre; exploring the art of war, control, dominance...and in the end, an unconventional love story."

"Gives Fifty Shades of Grey a run for its money . . . sex, guilt, passion, betrayal, revenge, and orgasms—lots and lots of orgasms—fill every page.”

More books in this series: Just One Night