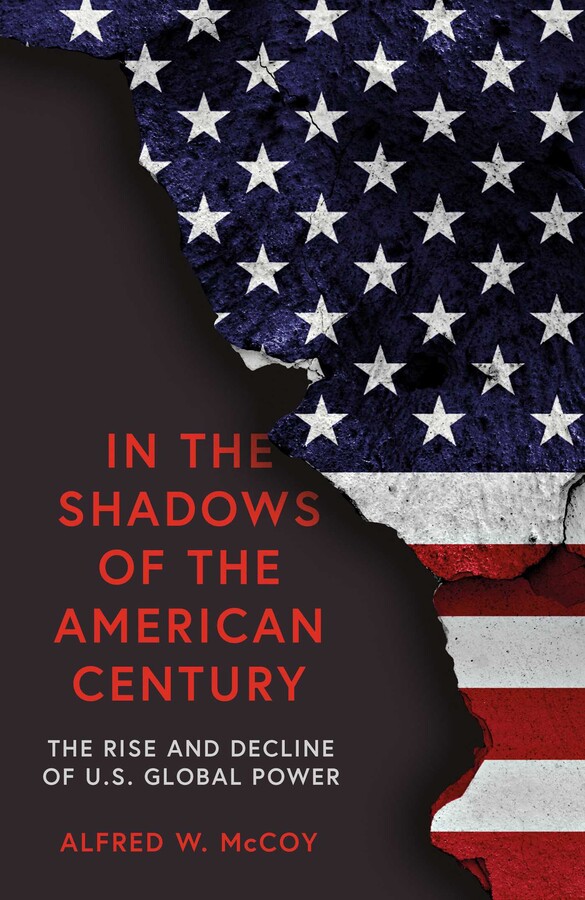 In the Shadows of the American Century

The Rise and Decline of US Global Power

For a decade America’s share of the global economy has been in decline. Its diplomatic alliances are under immense strain, and any claim of moral leadership has been abandoned. America is still a colossus, possessing half the world’s manufacturing capacity, nearly half its military forces, and a formidable system of global surveillance and covert operations. But even at its peak it may have been sowing the seeds of its own destruction.

Is it realistic to rely on the global order established after World War II, or are we witnessing the changing of the guard, with China emerging as the world’s economic and military powerhouse? America clings to its superpower status, but for how much longer?

‘A brilliant and deeply informed must-read for anyone seriously interested in geopolitics, the history of Empire, and the shape of the future.’

‘A profound meditation on the nature of American state power.’

‘Persuasively argues for the inevitable decline of the American empire and the rise of China… Powerful.’

‘One of our best and most underappreciated historians takes a hard look at the truth of our empire, both its covert activities and the reasons for its impending decline.’

‘“What is the character of this American empire?” Alfred McCoy asks at the outset of this provocative study. His answer not only limns the contours of the American imperium as it evolved during the twentieth century, but explains why its days are quite likely numbered. This is history with profound relevance to events that are unfolding before our eyes.’

‘A meticulous, eye-opening account of the rise, since 1945, and impending premature demise of the American Century of world domination.’

– Ann Jones, author of They Were Soldiers

In the Shadows of the American Century

The Rise and Decline of US Global Power