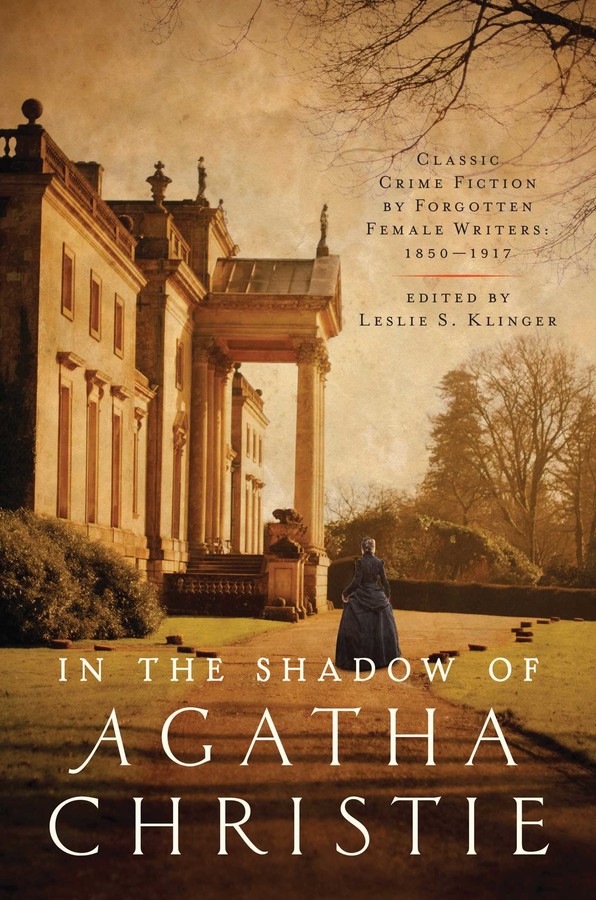 In the Shadow of Agatha Christie

Before Agatha Christie became the world’s Queen of Crime, she stood on the talented shoulders of the female crime authors who came before her. This splendid new anthology by Leslie S. Klinger brings these exceptional writers out of Christie’s shadow and back into the spotlight they deserve.

Agatha Christie is undoubtedly the world’s best-selling mystery author, hailed as the “Queen of Crime,” with worldwide sales in the billions. Christie burst onto the literary scene in 1920, with The Mysterious Affair at Styles; her last novel was published in 1976, a career longer than even Conan Doyle’s forty-year span.

The truth is that it was due to the success of writers like Anna Katherine Green in America; L. T. Meade, C. L. Pirkis, the Baroness Orczy, and Elizabeth Corbett in England; and Mary Fortune in Australia that the doors were finally opened for women crime-writers. Authors who followed them, such as Patricia Wentworth, Dorothy Sayers, and, of course, Agatha Christie would not have thrived without the bold, fearless work of their predecessors—and the genre would be much poorer for their absence. So while Agatha Christie may still reign supreme, it is important to remember that she did not ascend that throne except on the shoulders of the women who came before her—and inspired her—and who are now removed from her shadow once and for all by this superb new anthology by Leslie S. Klinger.

Leslie S. Klinger is one of the world's foremost authorities on Sherlock Holmes. He is the editor of the three-volume set The New Annotated Sherlock Holmes. The first two volumes, The Complete Short Stories, won the Edgar for "Best Critical/Biographical" work. He has just completed The New Annotated H. P. Lovecraft. Klinger is a member of the Baker Street Irregulars and lives in Malibu.

"Stellar. Much more than quaint curiosities, the 16 entries from women crime writers who preceded Christie are enjoyable in their own right. This is a must-have volume for classic crime fans."

"Klinger, as one of the world’s foremost early crime fiction experts, has selected a wide array of stories by women crime writers in the Anglophone world, taking us through the birth of the genre in the 19th century up to just before WWI."

"Klinger the archivist and editor has done the field an invaluable service by excavating so many stories. Shows Victorian women actively working the field long before Miss Marple."

"You owe it to yourself to read this collection.  The reader is sure to be amazed, delighted, and entertained from one end of the book to the other. "

"A winner for fans of classic mysteries and a complete joy."

"Beautifully published and full of delights."

– A.J. Finn, #1 New York Times bestselling author of 'The Woman in the Window'

"A welcome addition to anyone’s library of crime fiction."

In the Shadow of Agatha Christie