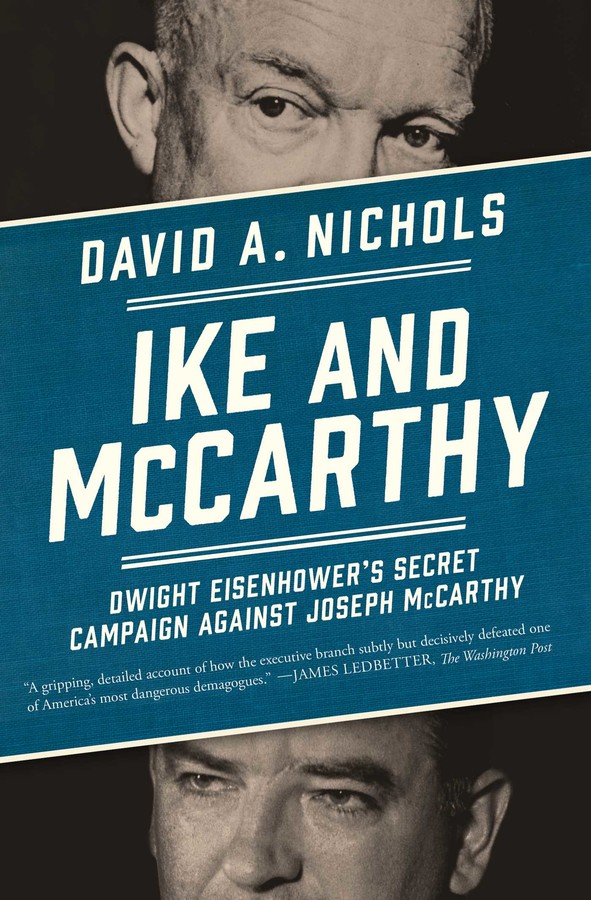 By David A. Nichols
LIST PRICE: AU$ 14.99
PRICE MAY VARY BY RETAILER

The full, little-known story of how President Dwight Eisenhower masterminded the downfall of the anti-Communist demagogue Senator Joseph McCarthy is “a gripping, detailed account of how the executive branch subtly but decisively defeated one of America’s most dangerous demagogues” (The Washington Post).

They shook hands for the cameras, but Dwight Eisenhower privately abhorred Senator Joseph McCarthy, the powerful Republican senator notorious for his anti-Communist campaign. In spite of a public perception that Eisenhower was unwilling to challenge McCarthy, Ike believed that directly confronting the senator would diminish the presidency. Therefore, the president operated—more discreetly and effectively—with a “hidden hand.”

In “a thorough, well-written, and surprising picture of a man who was much more than a ‘do-nothing’ president” (Kirkus Reviews, starred review), David A. Nichols shows how the tension between the two men escalated. In a direct challenge to Eisenhower, McCarthy alleged that the US Army was harboring communists and launched an investigation. But the senator had unwittingly signed his own political death warrant. The White House employed surrogates to conduct a clandestine campaign against McCarthy and was not above using information about the private lives of McCarthy’s aides as ammunition.

By January 1954 McCarthy was arguably the most powerful member of the Senate. Yet at the end of that year, he had been censured by his colleagues for unbecoming conduct. Eisenhower’s covert operation had discredited the senator months earlier, exploiting the controversy that resulted from the televised Army-McCarthy hearings. McCarthy would never recover his lost prestige. In Ike and McCarthy, Nichols uses documents previously unavailable or overlooked to authenticate the extraordinary story of Eisenhower’s anti-McCarthy campaign. The result is “a well-researched and sturdily written account of what may be the most important such conflict in modern history….Americans have as much to learn today from Eisenhower as his many liberal critics did in 1954” (The Atlantic Monthly). 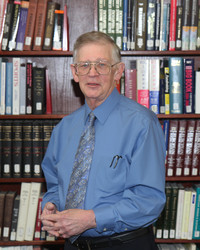 David A. Nichols, a leading expert on the Eisenhower presidency, holds a PhD in history from the College of William and Mary. A former professor and academic dean at Southwestern College, he is the author of A Matter of Justice: Eisenhower and the Beginning of the Civil Rights Revolution; Eisenhower 1956: The President’s Year of Crisis; and Ike and McCarthy: Dwight Eisenhower’s Secret Campaign against Joseph McCarthy; as well as other books. He lives in Winfield, Kansas.

“Nichols has provided a gripping, detailed account of how the executive branch subtly but decisively defeated one of America’s most dangerous demagogues. In today’s incendiary politics, the hidden hand is out of fashion. But the need to battle demagoguery is as topical as ever.”

“Nobody has done more to debunk the myth that President Eisenhower was passive and ineffective than David Nichols.  In his riveting account of how Ike took down the fearsome demagogue Joe McCarthy, Nichols shows how just how deceptively clever Eisenhower could be.  Nichols is a first-class scholar who knows how to spin a fast-paced yarn.”

– Evan Thomas, author of Ike's Bluff and Being Nixon

“Dwight Eisenhower was a remarkable president.  Peace in Korea, a reduction of Cold War tension, the interstate highway system, and the enforcement of desegregation in the South were all Ike’s achievements.  But he was also extremely effective acting under the surface.  David Nichols captures his ability to get things done without revealing himself.  The destruction of Joe McCarthy and McCarthyism is a perfect example.  Ike handled it, the nation profited, and David Nichols has done a superb job of analyzing it.”

– Jean Edward Smith, author of Eisenhower in War and Peace

“Another first for David Nichols. His fresh insights based on exceptional research and his fluid writing make this book particularly interesting and enlightening.  Nichols has broken new ground. The story of Ike’s role in the downfall of McCarthy is finally told – and extremely well.”

“Cleanly written and consistently judicious. . . . Ike and McCarthy shows how hard it was, and how long it took, for a president to rein in a single senator. It remains for the reader to discern in this book a rough, inverted image of our own time, with the polarity reversed between the White House and the Congress.”

"A thorough and detailed look inside one of the classic battles in American politics. . . . Because of his public aloofness, many believed Eisenhower was politically naive. The original golfing president, Nichols shows in meticulous detail, was far from it."

"New insight into Dwight Eisenhower's silent methods of facing down enemies, particularly Joseph McCarthy. . . . A thorough, well-written, and surprising picture of a man who was much more than a 'do-nothing' president."

“A well-researched and sturdily written account of what may be the most important such conflict in modern history: the two years, 1953 and 1954, when Dwight D. Eisenhower, the first Republican president elected since Herbert Hoover, found himself under assault from the demagogic senator who perfected the politics of ideological slander. . . . Americans have as much to learn today from Eisenhower as his many liberal critics did in 1954.”

"Nichols shows how [Eisenhower's] quiet, effective crusade against a demagogue turned the nation away from a domestic threat.  Heavily annotated with both primary and secondary sources, this day-to-day narrative is detailed and telling."

"Fascinating detail. . . . Nichols does an excellent job of conveying the fraught tenor of the times. . . . The lesson Nichols leaves us with in Ike and McCarthy is that truth tends to be undervalued as a political commodity, and as a result American democracy remains vulnerable to those who do not respect it."

By David A. Nichols
LIST PRICE: AU$ 14.99
PRICE MAY VARY BY RETAILER

More books from this author: David A. Nichols