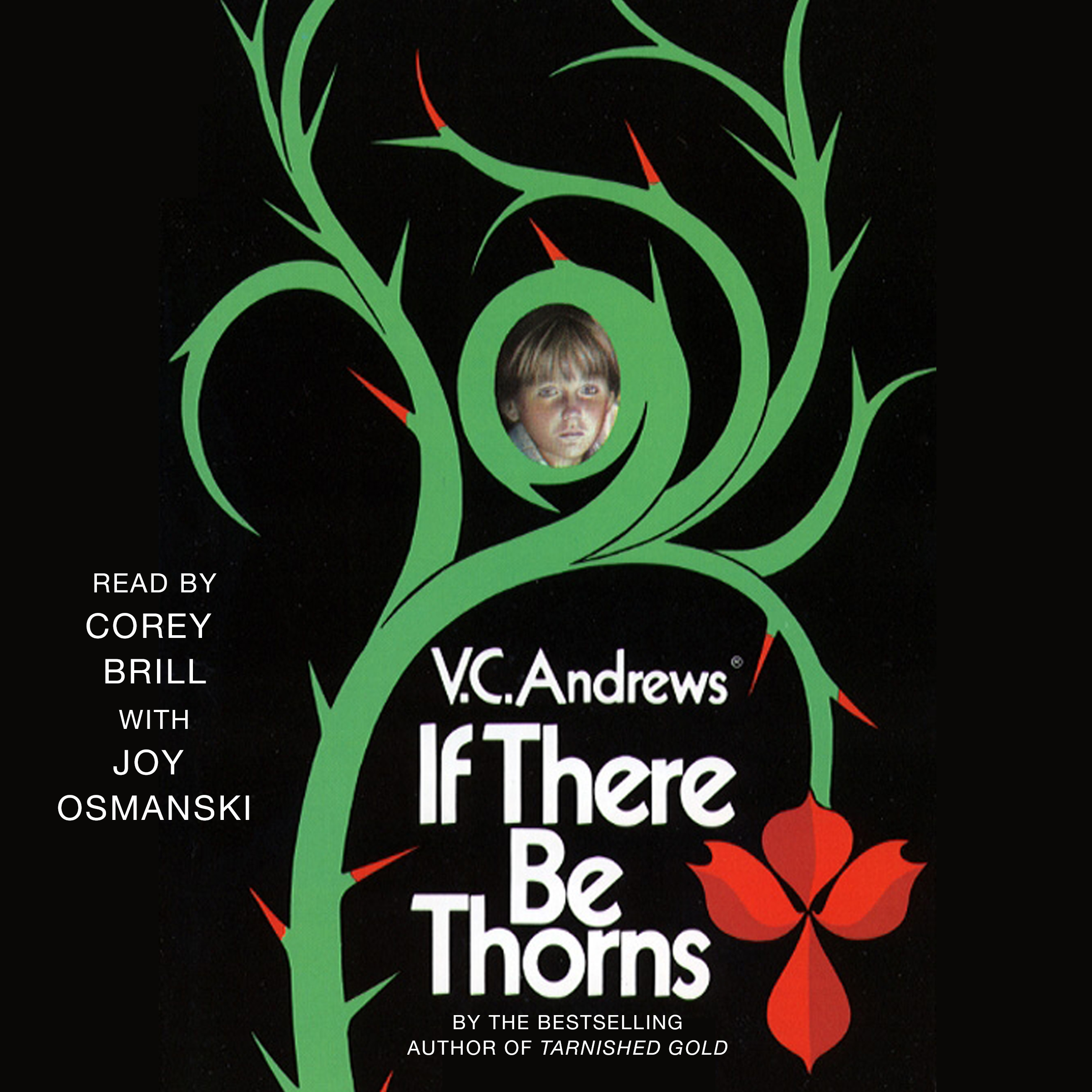 If There Be Thorns

Now a major Lifetime movie event—Book Three of the Dollanganger series that began with Flowers in the Attic—the novel of forbidden love that captured the world’s imagination and earned V.C. Andrews a fiercely devoted fanbase.

They hide the shocking truth to protect their children. But someone who knows their dark secret is watching.

Christopher and Cathy have made a loving home for their handsome and talented teenager Jory, their imaginative nine-year-old Bart, and a sweet baby daughter. Then an elderly woman and her strange butler move in next door. The Old Woman in Black watches from her window, lures lonely Bart inside with cookies and ice cream, and asks him to call her “grandmother.” Slowly Bart transforms, each visit pushing him closer to the edge of madness and violence, while his anguished parents can only watch. For Cathy and Chris, the horrors of the past have come home…and everything they love may soon be torn from them.

One of the most popular authors of all time, V.C. Andrews® has been a bestselling phenomenon since the publication of Flowers in the Attic, first in the renowned Dollanganger family series, which includes Petals on the Wind, If There Be Thorns, Seeds of Yesterday, and Garden of Shadows. The family saga continues with Christopher’s Diary: Secrets of Foxworth, Christopher’s Diary: Echoes of Dollanganger, and Secret Brother, as well as Beneath the Attic, Out of the Attic, and Shadows of Foxworth as part of the fortieth anniversary celebration. There are more than ninety V.C. Andrews novels, which have sold over 107 million copies worldwide and have been translated into twenty-five foreign languages.  Join the conversation about the world of V.C. Andrews at Facebook.com/OfficialVCAndrews.

If There Be Thorns