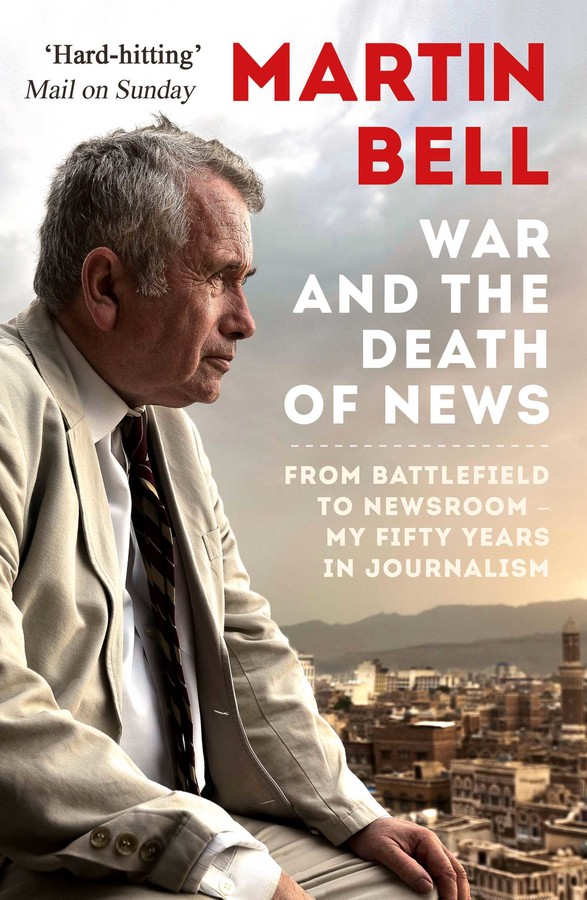 Reflections of a Grade B Reporter

Martin Bell has stood in war zones as both a soldier and a journalist. From Vietnam to Bosnia to Iraq, he has witnessed first-hand the dramatic changes in how conflicts are fought and how they are reported. He has seen the truth degraded in the name of balance and good taste – grief and pain censored so the viewers are not disturbed.

In an age of international terror, where journalists themselves have become targets, more and more reports are issued from the sidelines. The dominance of social media has ushered in a post-truth world: Twitter rumours and unverifiable videos abound, and TV news seeks to entertain rather than inform.

In this compelling account, one of the outstanding journalists of our time provides a moving, personal account of war and issues an impassioned call to put the substance back in our news.

‘No one is better qualified than Martin Bell to write honestly about the decline of news reporting. Written with passion and clarity this book is an essential read for all who value truth and integrity in journalism.’

‘Throughout the book…[Bell] reflects on the television reporter’s trade, to which he brought so much distinction. He sees it as doomed, a result of “hotel rooftop” reporting from war zones by correspondents harried by hourly demands for new content, the “celebrification” of so much news and the shrinking of foreign coverage in both broadcasting and newspapers.’

‘Wry, funny and trenchant, saluting the end of an era.’

‘In prose as crisp and hard-hitting as the bullets he’s dodged for decades, Bell sounds the alarm for a TV journalism that’s under fire as never before. It’s typical Bell – unflinching truth-telling, brilliantly argued; a clarion call to everyone who cares about powerful journalism in a world that needs it more than ever.’

‘Martin Bell is the finest foreign correspondent of his generation… With wisdom, candour and integrity, he describes the irony and tragedy of the wars, revolutions and riots he covered in violent places all over the world. He is especially critical of editors at home who kept the public from seeing the ugly truth of what happened in places like Bosnia, Iraq and Israel. This is his masterwork.’

– John Laurence, author of The Cat from Hué: A Vietnam War Story

Reflections of a Grade B Reporter