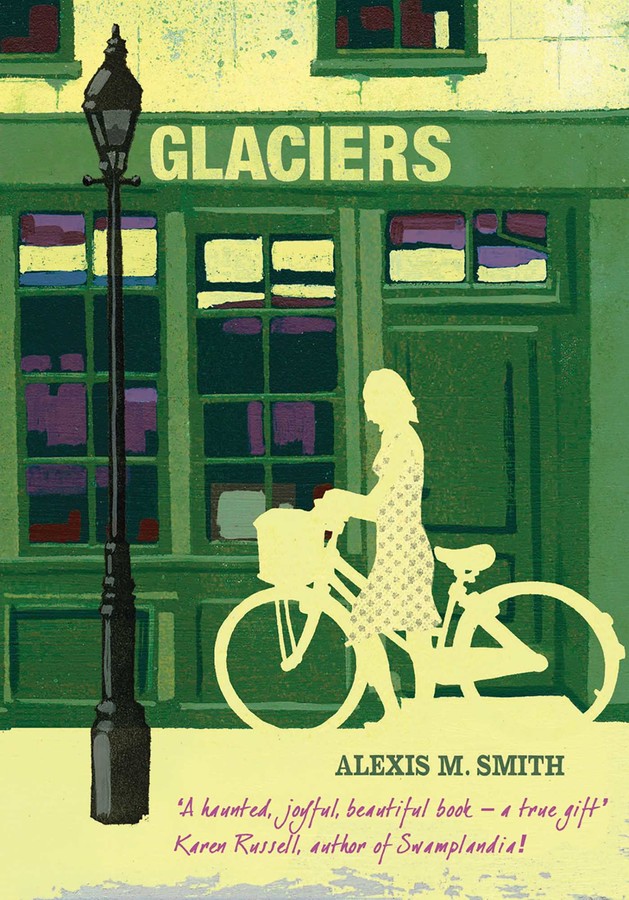 The beautifully told story of a day in the life of Isabel, a twenty-something from Portland, Oregon, that has all the hallmarks of a cult favourite

Isabel lives in Portland, Oregon and works in a library, repairing damaged books. She longs to visit the destinations revealed in their pages. Her daydreams are peopled by memories from her Alaskan childhood, the glaciers that are being lost. Meanwhile, she's just the tiniest bit lonely and lovelorn. The object of her affection, a soldier recently returned from Afghanistan who also works in the basement of the library, seems equally quiet and so perhaps it's no surprise that their contact has been limited to only snatched moments. But today is the day that will all change. Isabel is determined to finally open up to him, to find the perfect vintage dress for this evening's party, and to invite him along. But, of course, life rarely happens as we plan it.

Alexis Smith grew up in Soldotna, Alaska. She attended Mount Holyoke College, Portland State University, and Goddard College, where she earned an MFA in Creative Writing. Her writing has appeared in Tarpaulin Sky and on Powells.com. She currently lives in Portland.

– Publishers Weekly, Starred Review and Pick of the Week

‘Written lovingly; each sentence is like a brush stroke’

"Glaciers, Alexis Smith's brilliant debut novel, is filled with kaleidoscopic pleasures. Using prose as clear as pure, cold air, Smith moves the narrative vertically as well as horizontally, each ticking minute yielding more insights into a young woman's life revealed over one single day. The past, present, and imaginary future stream into beautifully unstable geometries: Isabel's childhood snows from her youth in Alaska are juxtaposed against her adult trip to a vintage thrift store; her hopes for an evening party push against the echoes of war that haunt a young soldier whom she loves. Line by line, in and out of time, this is a haunted, joyful, beautiful book--a true gift."

"An Alaska childhood and dreams of faraway cities such as Amsterdam inform Alexis M. Smith's Glaciers, a delicate debut novel set in Portland, Oregon - "a slick fog of a city - drenched in itself" - that reveals in short, memory-soaked postcards of prose a day in the life of twentysomething library worker Isabel."

"Glaciers is a carefully precise and beautiful meditation on one young woman's restless heart. It resonates like a haunting postcard from someone else's life."

"A delicate and piercing first novel. Glaciers is like a vintage dress: charming, understated and glinting with memories of loneliness and love."

– Jane Mendelsohn, author of I was Amelia Earhart and American Music

"I cannot easily remember the last time I've been so deeply moved as in this quiet treasure."

– Douglas A. Martin, author of Once You Go Back

"The prose is wistful yet crystal-cut in a way that makes the internal monologues and thoughts sparkle."

"A quietly powerful fairy tale. Smith's voice, patient and understated and precise captures the poetry of loss and longing." Cara Hoffman, author of So Much Pretty

"You can think of this book as functioning as vintage postcards do: fascinating images coupled with intriguing messages that suggest a much longer and deeper story than their relatively few words convey."

"This weaving together of the personal, the sentimental, the environmental, and the trivial gives Smith's unassuming first novel surprising emotional weight."