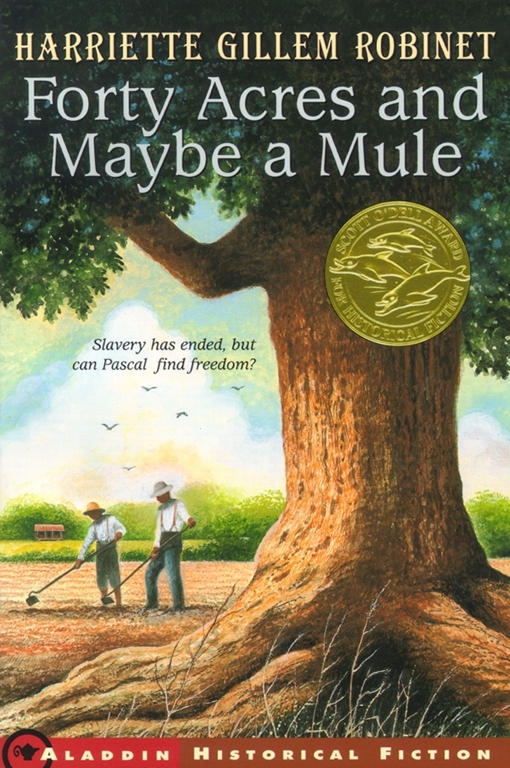 Forty Acres and Maybe a Mule

Maybe nobody gave freedom, and nobody could take it away like they could take away a family farm. Maybe freedom was something you claimed for yourself.

Like other ex-slaves, Pascal and his older brother Gideon have been promised forty acres and maybe a mule. With the found family they have built along the way, they claim a place of their own.

Green Gloryland is the most wonderful place on earth, their own farm with a healthy cotton crop and plenty to eat. But the notorious night riders have plans to take it away, threatening to tear the beautiful freedom that the two boys are enjoying for the first time in their young lives.

By clicking 'Sign me up' I acknowledge that I have read and agree to the privacy policy and terms of use, and the transfer of my personal data to the United States, where the privacy laws may be different than those in my country of residence.
Teaching Guide
About the Book
Forty acres for farming, just for the asking, and maybe a mule thrown in, too. That's what General Sherman of the Union Army has promised to give former slaves. It's hard for Pascal to imagine. All his life he's lived on a South Carolina plantation, enslaved to a master. Now the twelve-year-old boy and his strong-willed older brother, Gideon, just back from the War Between the States, are free to start a new life for themselves and rebuild their shattered family. But no one, least of all Pascal, believes it's going to be easy in a region where anger and prejudice still run very deep. "A stirring story of self-determination," is how Publishers Weekly described this distinguished novel, winner of the Scott O'Dell Award for historical fiction. A "fine historical novel," observed Booklist. "Robinet skillfully balances her in-depth historical knowledge with the feelings of her characters."
Discussion Questions
Activities and Research About the Author
Harriette Gillem Robinet is the author of several acclaimed historical novels, including The Twins, The Pirates, and the Battle of New Orleans, Mississippi Chariot, Children of the Fire, and If You Please, President Lincoln. Over the years, she has researched and heard many stories of slavery. Her mother's parents had been slaves as children on Robert E. Lee's estate. But it wasn't until she started working on Forty Acres and Maybe a Mule that she discovered the tragic story of Reconstruction, the time just after slavery. Born and raised in Washington, D.C., Ms. Robinet graduated from the College of New Rochelle and completed graduate studies in microbiology at Catholic University. She now lives in Oak Park, Illinois, with her husband, McLouis Robinet.
Forty Acres and Maybe a Mule
0-689-83317-2 $4.99/$6.99 Canadian
Aladdin Paperbacks 0-689-82078-X $16.00/$22.50 Canadian
Atheneum Books for Young Readers
Harriette Gillem Robinet

Harriette Gillem Robinet was born in Washington, DC, and spent her childhood summers in Arlington, Virginia where her mother’s father had been a slave under General Robert E. Lee. She attended the College of New Rochelle in New York and received graduate degrees in microbiology from Catholic University of America in Washington, DC. The author of several award-winning books for children, Ms. Robinet makes her home in Oak Park, Illinois. 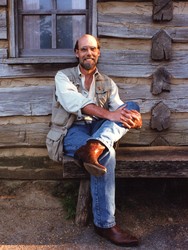 Wendell Minor has illustrated dozens of picture books, and his work has won countless awards and is in permanent collections of such institutions as the Museum of American Illustration and the Library of Congress. His cover illustrations have graced some of the most significant novels of our time by authors such as Toni Morrison, David McCullough, and James Michener. He lives in Washington, Connecticut. Visit him online at MinorArt.com.

Forty Acres and Maybe a Mule