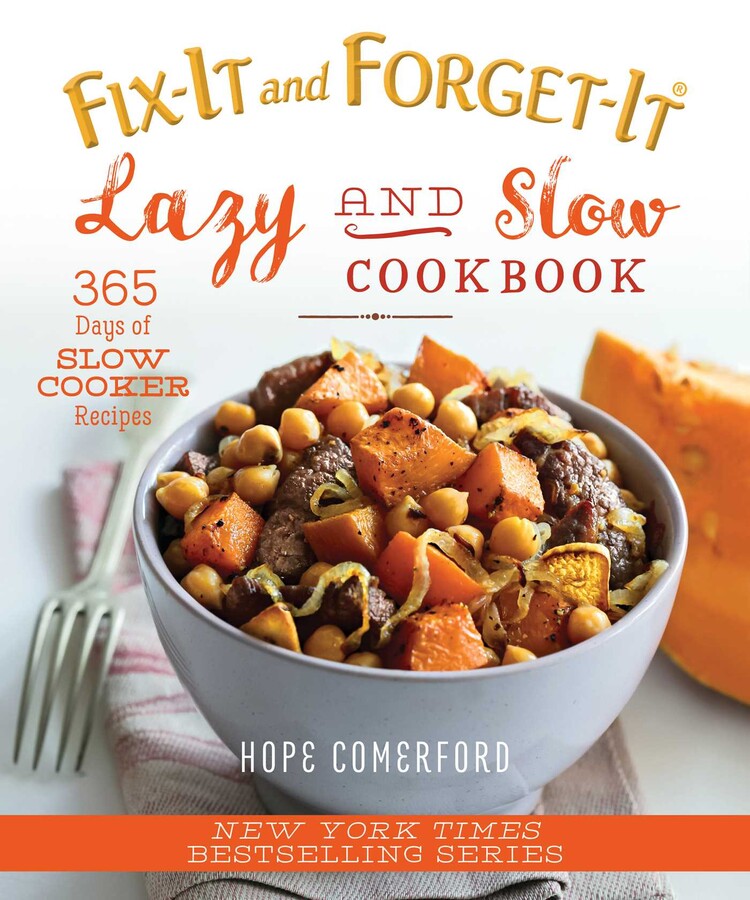 What’s for dinner?” It’s the question every parent dreads. It’s a daunting challenge to put a meal on the table every eveningnever mind one that’s healthy, economical, and that the whole family will enjoy. The Lazy and Slow Cookbook: 365 Days of Slow Cooker Recipes is the first in a new series of cookbooks for the lazyor busycook in the household. For every week of the year, there’s a menu featuring seven dinners, along with a shopping list. As a bonus, QR codes allow cooks to load the list directly to their smart phones. The first recipe for the week is a slow cooker meal that’s large enough to yield leftovers that can be incorporated into the recipes for the next 23 dinners.

Enjoy a roast chicken (made in the slow cooker) on Sunday evening, individual chicken pot pies on Monday, and chicken and vegetable soup on Tuesday! Suggestions for side dishes are also included, as well as special menus for the holidays, birthdays, and other celebrations. You’ll also find slow cooker desserts, such as mango-coconut pudding and chocolate-almond bar cookies.

Skyhorse Publishing, along with our Good Books and Arcade imprints, is proud to publish a broad range of cookbooks, including books on juicing, grilling, baking, frying, home brewing and winemaking, slow cookers, and cast iron cooking. We’ve been successful with books on gluten-free cooking, vegetarian and vegan cooking, paleo, raw foods, and more. Our list includes French cooking, Swedish cooking, Austrian and German cooking, Cajun cooking, as well as books on jerky, canning and preserving, peanut butter, meatballs, oil and vinegar, bone broth, and more. While not every title we publish becomes a New York Times bestseller or a national bestseller, we are committed to books on subjects that are sometimes overlooked and to authors whose work might not otherwise find a home.

More books in this series: Fix-It and Forget-It