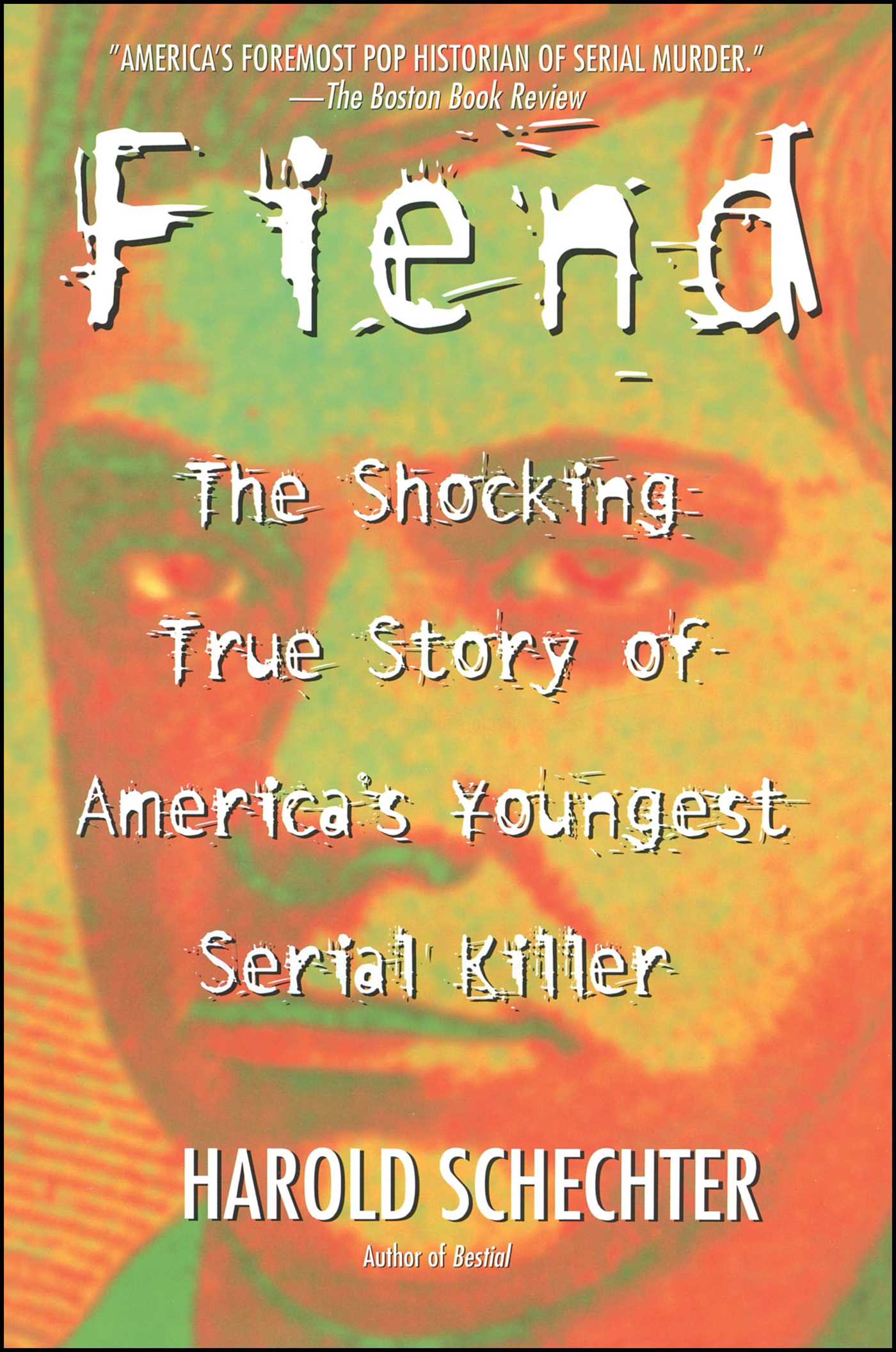 A MONSTER PREYED UPON THE CHILDREN OF NINETEENTH-CENTURY BOSTON. HIS CRIMES WERE APPALLING -- AND YET HE WAS LITTLE MORE THAN A CHILD HIMSELF.

When fourteen-year-old Jesse Pomeroy was arrested in 1874, a nightmarish reign of terror over an unsuspecting city came to an end. "The Boston Boy Fiend" was imprisoned at last. But the complex questions sparked by his ghastly crime spree -- the hows and whys of vicious juvenile crime -- were as relevant in the so-called Age of Innocence as they are today.
Jesse Pomeroy was outwardly repellent in appearance, with a gruesome "dead" eye; inside, he was deformed beyond imagining. A sexual sadist of disturbing precocity, he satisfied his atrocious appetites by abducting and torturing his child victims. But soon, the teenager's bloodlust gave way to another obsession: murder.
Harold Schechter, whose true-crime masterpieces are "well-documented nightmares for anyone who dares to look" (Peoria Journal Star), brings his acclaimed mix of page-turning storytelling, brilliant insight, and fascinating historical documentation to Fiend -- an unforgettable account from the annals of American crime.

He had now entered the skirts of the village. A troop of strange children ran at his heels, hooting after him, and pointing at his gray beard....The very village was altered; it was larger and more populous. There were rows of houses which he had never seen before, and those which had been his familiar haunts had disappeared. Strange names were over the doors -- strange faces at the windows -- everything was strange.

Dressed in the street clothes they had given him -- a shabby gray suit, its baggy pants supported by galluses; a rumpled white shirt, its collar too small to button; an old silk tie that dangled halfway down his chest; and a grotesque, checkered cap that sat on his head like an enormous mushroom -- he emerged into the sun-drenched prison yard. In his right hand, he clutched a paper-wrapped bundle about the size of a shoebox. His entire fund of worldly possessions was inside: a Bible, two or three poetry books, a few legal documents, some old, dog-eared letters.

Above him -- patrolling the walls and stationed in the armored cupola of the gray, stone rotunda -- the rifle-wielding guards peered down curiously at the spectacle below.

A crowd of journalists -- reporters, photographers, representatives of international wire services -- had assembled in the yard. At the first glimpse of the shambling old man -- his face half-hidden by the brim of his comically oversized cap -- they began calling his name, snapping pictures, shouting questions.

He pulled the brim lower over his eyes, tightened his mouth into a deep frown, and allowed the attendants to hurry him past the crowd and toward the rotunda.

The clamor of the mob was deeply unnerving. Still, their presence was a source of some satisfaction -- a confirmation of his celebrity. He had always taken pride in his status as "America's most famous lifer," in the awed looks he drew from new inmates when they caught their first glimpse of him. Lately, however, a whole generation of fresh fish had begun to filter inside -- young punks who neither knew nor cared anything about the old man everyone called "Grandpa." And when somebody told them who he was, they just shrugged, sneered, or looked utterly blank. His name -- once so notorious that its mere mention could induce shudders in impressionable children -- meant nothing to them.

Now -- sullen-tempered as ever -- he cursed under his breath as he waited for the attendants to unlock the double-barred doors and usher him into the reception room. Inside, Warden Hogsett and a few other officials were waiting. Ignoring the warden, he grumbled a few words of farewell to the chaplain.

Then -- at precisely 11:35 A.M. -- Hogsett nodded to the attendants, the screen door was thrown open, and -- flanked by two officers, Joseph O'Brien and William Robinson -- he stepped out into the world.

It was the first time in more than fifty years that he had breathed the air beyond the dark walls of the state prison. Everyone involved in sending him there was long gone -- the judge who had tried him, the attorney general and D.A. who had prosecuted him, the governor who had spared his life and sentenced him to a living death instead. He had survived them all. That was another source of satisfaction. The thought of it nearly brought a smile to his face. If it had, the sight would almost certainly have caused his captors to take notice. No one in all the years of his incarceration had ever seen him smile.

A small sedan was waiting in the cobblestoned square outside the main iron gate. So was an enormous crowd of curiosity-seekers -- more than one thousand people in all. They had been there since daybreak. At various points throughout the morning, policemen from Station Fifteen in City Square, Charlestown, had tried to disperse them. But the milling crowd would only wander a short distance away, then gather again in front of the prison as soon as the officers had left.

Even he was taken aback by the size of the crowd. Evidently, the public had not forgotten his name after all.

"Get in, Jesse," said Officer Robinson, motioning him toward the open door.

He knew all about motorcars, of course. During the past dozen years -- ever since the granite door of his tiny cell had been opened and he had been allowed to emerge, Lazarus-like, from his tomb -- he had seen one or two official automobiles in the prison yard. Still, he had never actually ridden in one. So unfamiliar was he with the procedure that, as he stepped onto the running board, his foot slipped, he smacked his head against the top of the doorframe, and his cap tumbled onto the cobblestones. He stooped to retrieve it, mashed it back down onto his head, and -- ducking into the car -- sank into the rear right seat.

Several squealing children ran up to the sedan, pointing up at the rear window as they capered and laughed. He put his face to the glass and glared down at them. Their laughter died instantly, and they scurried away. His face always had the power to frighten little children and, if anything, it had grown even more unsettling over the years -- the heavy jaw jutting grotesquely; the down-turned mouth made even more baleful-looking by the drooping walrus moustache; the left eye now filmed by a cataract; and the right one -- its pupil a dead, milky white -- as profoundly disconcerting as ever.

Officer Robinson slammed the rear door closed and climbed into the passenger seat. The engine roared. An escort of three motorcycle officers cleared a path. The convoy was on its way.

Measured in space, the trip to his new home was relatively short -- a distance of around forty miles. But the leap through time was almost inconceivably vast -- every bit as staggering as Rip Van Winkle's supernatural experience in the ghost-haunted Kaatskills, or the fantastic voyage of H. G. Wells's imaginary time-traveler. When he had last set eyes on the outside world, Ulysses S. Grant was president and Victoria queen. The whole country was in an uproar over the Custer massacre. The telephone hadn't been invented. And the neighborhoods of Charlestown, as one commentator described them, offered unbroken vistas of "muddy streets, horse-cars, oil-lamps, and two-story frame shacks."

Now, fifty-three years and one global war later, he was traveling through a world of telecommunication and transatlantic flight, neon signs and subways, radio stars and racing cars, motion pictures and jazz music, Cubist painting and quantum physics. For the nearly two hours of his trip, he gazed wordlessly at the marvels of modern civilization. He saw steam shovels, airplanes, elevated trains, and thoroughfares clogged with motorized traffic.

The whole world had changed. Except for one thing. The sidewalks were still full of frolicking children. And as the car came to a halt in front of a drugstore -- where Jesse would be treated to his first-ever taste of ginger ale and vanilla ice cream in a sugary cone -- it was hard for him not to remember those days, more than fifty years back, when he roamed this world freely. A time when the streets were his stalking-ground, and the little children his prey. 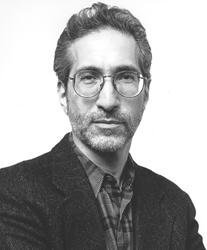 Harold Schechter is a professor of American literature and culture. Renowned for his true-crime writing, he is the author of the nonfiction books Fatal, Fiend, Bestial, Deviant, Deranged, Depraved, and, with David Everitt, The A to Z Encyclopedia of Serial Killers. He is also the author of Nevermore and The Hum Bug, the acclaimed historical novels featuring Edgar Allan Poe. He lives in New York State.