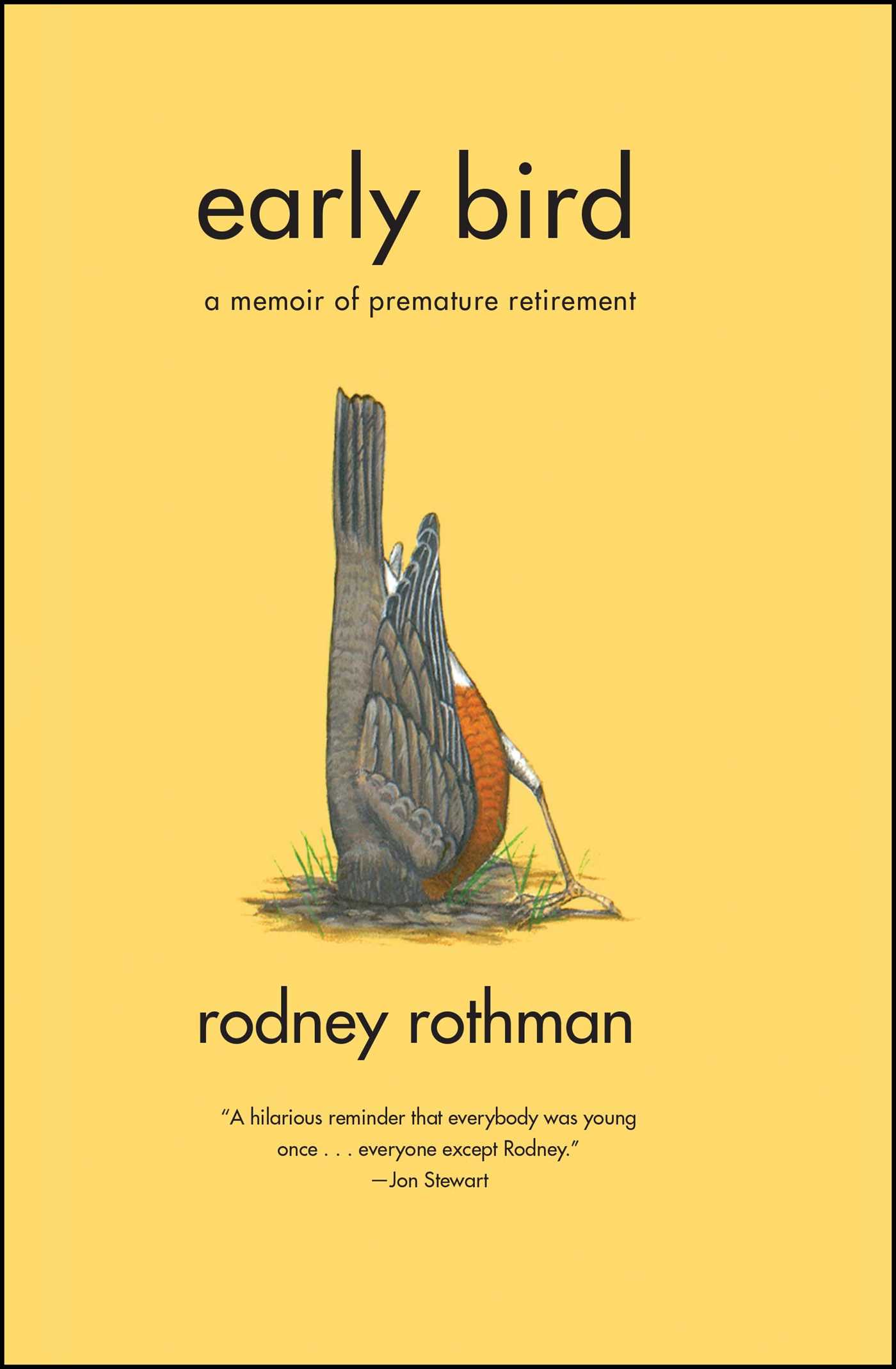 A Memoir of Premature Retirement

Everyone says they would like to retire early, but Rodney Rothman actually did it -- forty years early. Burnt out, he decides at the age of twenty-eight to get an early start on his golden years. He travels to Boca Raton, Florida, where he moves in with an elderly piano teacher at Century Village, a retirement village that is home to thousands of senior citizens.
Early Bird is an irreverent, hilarious, and ultimately warmhearted account of Rodney's journey deep into the heart of retirement. Rodney struggles for acceptance from the senior citizens he shares a swimming pool with, and battles with cranky octogenarians who want him off their turf. The day-to-day dealings begin to wear on him. Before long he observes, "I don't think Tuesdays with Morrie would have been quite so uplifting if that guy had to spend more than one day a week with Morrie."
Rodney throws himself into the spirit of retirement, fashioning a busy schedule of suntanning, shuffleboard, and gambling cruises. As the months pass, his neighbors seem to forget that he is fifty years younger than they are. He finds himself the potential romantic interest of an aging femme fatale. He joins a senior softball club and is disturbed to learn that he is the worst player on the team. For excitement he rides along with a volunteer police officer on his patrols, hunting for crime. But even the criminals in his community seem to have retired.
Early Bird is a funny, insightful, and moving look at what happens to us when we retire, viewed from a remarkably premature perspective. Any reader who plans on becoming an old person will enjoy joining Rodney on his strange journey, as he reconsiders his notions of romance, family, friendship, and ultimately, whether he's ever going back to work.

Early Bird by Rodney Rothman: Reading Group Guide
1. Rodney's first and earliest impressions of South Florida are some of his happiest childhood memories. "I remember when I used to come down and visit them here, they'd always go out of their way to make me feel comfortable and relaxed, and to introduce me to everyone." Did Rodney anticipate having a similar experience this time around? Why do you think Rodney really wanted to go down to Florida? Is it for the reasons he claims?.
2. In a conversation with his friend Jill, Rodney explains that he will begin telling people at parties that he is writing a book that will explain the reason for his decision for making such a lifestyle change. How important are and how attached are we as a society to, job titles? How obsessed are we with working in general?
3. At the start of his new life in South Florida, Rodney often finds himself trying to fit in amongst the retiree social circles. First with the Pool Group and later with the senior softball team. How does Rodney eventually make it into these groups and what are his general observations about joining retiree social networks?
4. When Rodney moves in with his new roommate, Margaret, whom he discovers through Roommate Finders, he starts off feeling on edge much of the time due to her jittery and hermit-like manner. Many of the community members also felt her to be strangely antisocial. Why do you think Rodney began defending Margaret to the Pool Group?
5. Throughout the novel, Rodney's empathetic and sometimes not-so-empathetic ways help him to continuously develop relationships with a number of elderly people. He also meets Christina, a 24-year-old woman with whom he ends up spending many of his last days in Florida. How do these new relationships shape Rodney's ideas and beliefs about growing old and what it means to be young?
6. While Rodney takes time out to observe Century Village, he explains many generalized habits of its senior members such as: a need to sleep less, up early, and socialize with others in groups. What do you think is the one observation he overlooked that he later faced when dealing with his good friend Shirley? Explain.
7. In creating new friendships Rodney quickly bonds with the women. He says, "I am trying to spend even more time with elderly women. Natural intuition would tell you that young men and old men would make better buddies, but this hasn't been my experience." What does Rodney gain from his relationships with women? Why do you think he finds it difficult to bond with men his age?
8. Rodney often takes a lighthearted approach in dealing with women who at times seem very set in their ways. Margaret, his roommate, is antisocial. Amy a fellow comedian, is 94 and raunchy. And Vivian is a sultry femme fatale. What qualities about Rodney do you think these women find interesting?
9. After spending time trying to understand how exactly to fit in with the Pool Group, Rodney often spends time interacting with many of the women. He goes to them for advice and asks to learn new things, such as the game Canasta, which they are very reluctant to teach. Why were they so reluctant to introduce him to their recreational activities?
10. Most of the male senior citizens that Rodney meets in Florida are World War II veterans. "It's humbling to talk to them about those years. I hear a lot of heroic stories, the kind that have already filled numerous books written by television news anchors." How does Rodney make light of these veterans' stories? Do you get the impression that he lacks respect for their experiences, or that he is so humbled he has to poke a little bit of fun?
11. Rodney is not surprised to find that a large number of retired males want to become police officers. He concludes that the transition from breadwinner to doing nothing is difficult. He goes on to quote Successful Aging, which says, "leaving their job deprives men of a major source of stimulation. They need to find it in other ways." What other coping methods are used by many of the retired men in this book? Is it harder or easier for men to retire than women?
12. Rodney is often very obliging and ready to lend a helping hand when it comes to the relationships he developed with some of the elderly women. With Margaret he agrees to start taking piano lessons to keep her busy, and with Amy he tries to keep her actively performing her stand-up comedy routines. What does Rodney learn about these women and himself in the process?
13. Throughout the book, Rodney continually makes reference to the book Successful Aging, which was written based on the findings of a MacArthur study that differentiated "successful agers" from "bad agers." What were some of the qualities that Rodney discovered about good agers? How would you define Rodney's aging process? Do you think that you're a "good ager" or a "bad ager?" Do you know any bad agers?
14. Rodney has come down to South Florida to check out retirement early. Much of his time is spent at Century Village, where he admits he would never live. "I probably wouldn't want other people on top of me quite so much, though in some ways, it's not that bad." He's figuring out how we would want to retire. Have you thought about how you would want to retire? Has reading Early Bird given you any new insight into it?
15. Do you think older and younger people interact enough in our society? How has the elderly migration to Florida changed America's attitudes about the elderly? 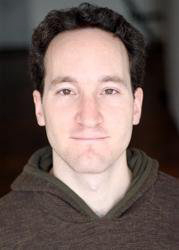 Rodney Rothman is now living in Los Angeles. He is a former head writer for the Late Show with David Letterman, and was a writer and supervising producer for the television show Undeclared. His writing has appeared in the The New York Times, the New York Times Magazine, the Best American Nonrequired Reading, The New Yorker, McSweeney's Quarterly, and Men's Journal.

"A hilarious reminder that everybody was young once . . . everyone except Rodney." -- Jon Stewart

"A hilarious account of moving into a Florida retirement community at age twenty-eight. . . . Rodney Rothman's premise is so silly and fetching . . . sections had me hooting so hard that I thought the neighbors would be over to check on me." -- Karen Long, The Plain Dealer (Cleveland)

"[Rothman] has produced a warm, wry bit of reportage. . . . His descriptions of the loneliness, the cliquishness, the slow-motion desperation of the place ring true and bittersweet." -- Neil Genzlinger, The New York Times Book Review

"It's hilarious. It's one of the best books I've read. If you're looking for a book, get this one." -- Howard Stern

"Rothman's observations are insightful and clever -- a humorous, Generation X perspective on what baby boomers are about to discover." -- Rocky Mountain News

"This book, which has a pretty silly premise, quickly and thoroughly becomes something much more: it's actually emotionally involving, and even profound. It's very funny, because Rothman is always very funny, but it's also truly moving, and, at its core, unspeakably sad. That's not to say it isn't fun to read. It is. It is!" -- Dave Eggers

"Old-fashioned retirement at age twenty-eight? Funny -- sure. But Rothman is also riveting, friendly, and the good kind of sad." -- Sarah Vowell, author of Assassination Vacation

A Memoir of Premature Retirement