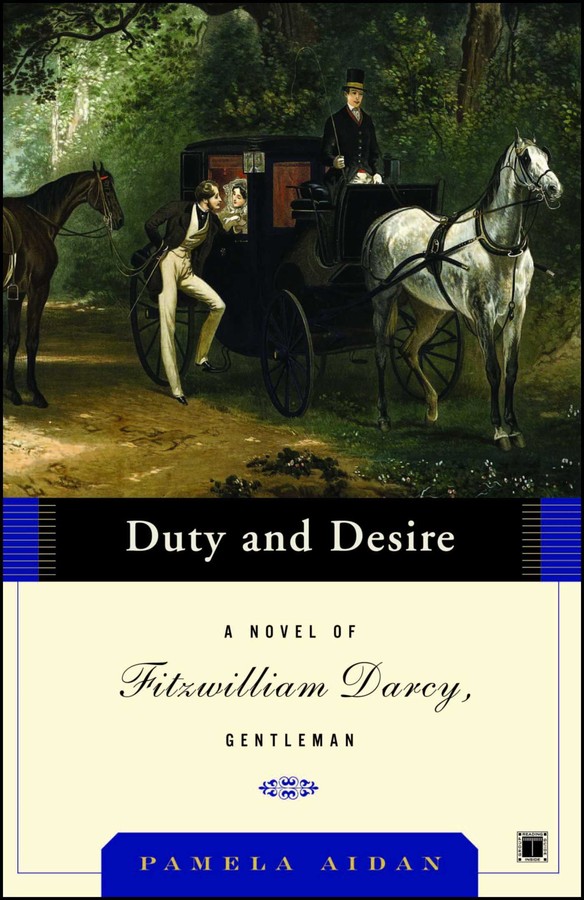 A Novel of Fitzwilliam Darcy, Gentleman

³There was little danger of encountering the Bennet sisters ever again.²

Jane Austen's classic novel Pride and Prejudice is beloved by millions, but little is revealed in the book about the mysterious and handsome hero, Mr. Darcy. And so the question has long remained: Who is Fitzwilliam Darcy?

Pamela Aidan's trilogy finally answers that long-standing question, creating a rich parallel story that follows Darcy as he meets and falls in love with Elizabeth Bennet. Duty and Desire, the second book in the trilogy, covers the "silent time" of Austen's novel, revealing Darcy's private struggle to overcome his attraction to Elizabeth while fulfilling his roles as landlord, master, brother, and friend.

When Darcy pays a visit to an old classmate in Oxford in an attempt to shake Elizabeth from his mind, he is set upon by husband-hunting society ladies and ne'er-do-well friends from his university days, all with designs on him -- some for good and some for ill. He and his sartorial genius of a valet, Fletcher, must match wits with them all, but especially with the curious Lady Sylvanie.

Irresistibly authentic and entertaining, Duty and Desire remains true to the spirit and events of Pride and Prejudice while incorporating fascinating new characters, and is sure to dazzle Austen fans and newcomers alike.

By clicking 'Sign me up' I acknowledge that I have read and agree to the privacy policy and terms of use, and the transfer of my personal data to the United States, where the privacy laws may be different than those in my country of residence.
Reading Group Guide: Duty and Desire
By Pamela Aidan

In Duty and Desire, Darcy struggles privately with his desire for Elizabeth Bennet but still must fulfill his roles as landlord, master, brother, and friend. This second book of a trilogy covers the "silent time" of Austen's novel, giving greater shape to the personal world of Fitzwilliam Darcy as he deals with his servants, including a valet with aspirations of sartorial triumph; his sister, who is only just emerged from a crippling depression; and his cousins, the squabbling Fitzwilliam brothers. Then, when Darcy pays a visit to an old classmate in an attempt to replace Elizabeth's haunting memory with a more properly suited woman, he is set upon by husband-hunting society ladies and friends, all with designs on him -- some for good and some for ill. He and his Shakespeare-quoting valet, Fletcher, must match wits with them all in order to survive the Season's most gruesome scandal with reputation in tact.

Set vividly against the colorful historical and political background of the time of the Regency, Aidan revisits the events of Pride and Prejudice, remaining faithful to Jane Austen's beloved characters while introducing her own fascinating cast as she weaves a rich tapestry from Darcy's past and present.

1. Darcy's deep love for Pemberley, his family estate, is echoed by all around him, from neighbors to tenants to relatives -- even the horses were "a-tremble with desire for home." What is it about Pemberley that inspires such appreciation?

2. Darcy and Georgiana have a very complicated relationship. Do you think Darcy is overprotective of his sister, or are his concerns validated by Georgiana's history and the rules of the era?

3. What is it about Georgiana and Elizabeth Bennet that Darcy feels would make them "true friends?"

4. Darcy is overjoyed at Georgiana's recovery and delights in feeling like her brother again, but when faced with the results of her turnaround -- her weekly visits to tenants, her charity work, and her religious studies -- he becomes very upset. Once again, he finds himself not her brother but her guardian-father figure. Why this strong reaction?

5. Though it takes great liberties, there are carefully designed moments of intersection between Duty and Desire and Austen's Pride and Prejudice, such as the correspondence between Caroline Bingley and Darcy regarding Miss Bennet's visit to London. How do these connections contribute or detract from your reading experience?

6. Because we are never privy to his personal thoughts or feelings, Jane Austen's Darcy seems a bit austere -- this in contrast to Aidan's longing, almost pining Darcy. Discuss the differences and similarities between the two authors' presentation of this popular character.

7. Darcy takes great pride in his family's long history of attending church services weekly, yet Georgiana's "religious enthusiasm" is so distasteful as to be a fact worth hiding from "Polite Society." What is the difference?

8. Only two women have ever truly captivated Darcy -- first Elizabeth Bennet, and now Lady Sylvanie. Compare and contrast these two grey-eyed women and the circumstances under which Darcy met them.

9. What first turns Darcy's sympathy from Lady Sylvanie? Do you agree with his opinion of her? Scam or not, does she not still deserve to be pitied for the way she has been mistreated?

10. When did you first begin to suspect that Lady Sylvanie and her companion, Doyle, were connected to the strange goings-on at Norwycke Castle? Did you have any clue that Doyle was in fact the not-so-late Lady Sayre?

11. When all is finally revealed, do you sympathize at all with Lady Sayre or Lady Sylvanie, or are they simply villains? What about Lord Sayre, his wife, and Trenholme?

12. Besides continuing stories first begun in An Assembly Such As This, Aidan seems to be planting seeds for new plot lines to bloom in her third and final book of the Fitzwilliam Darcy, Gentleman trilogy. What do you expect will happen in the next book? What would you like to see happen?

1. The Ladies in Aidan's novel good-naturedly cooerce the gentlemen into playing an evening game of charades while at Norwycke Castle. Divide your book club into two teams and try a game yourself! For an interesting challenge, try "charading" as different characters from Duty and Desire.

2. Throughout the novel, there are references to important political and social events that occurred during the Regency, a rich time in British history. Do some research on any historical figure or event from 1811 to 1820 to share with your book club. You can also visit http://en.wikipedia.org/wiki/English_Regency to learn more about the era.

3. To get a Hollywood feel for the Regency era, during which Jane Austen lived and wrote, get your group together to watch a movie set in that time period such as Gretna Green or the British television series, "Haggard." For a laugh, try Blackadder the Third, a comedy told from the perspective of the Prince Regent's fictional butler, Edmund Blackadder. 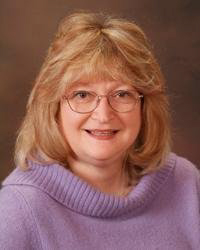 Pamela Aidan has been a librarian for thirty years and a fan of Jane Austen even longer. She is the author of two previous books in the Fitzwilliam Darcy, Gentleman trilogy: An Assembly Such as This and Duty and Desire. She lives with her husband in Coeur d'Alene, Idaho.

A Novel of Fitzwilliam Darcy, Gentleman