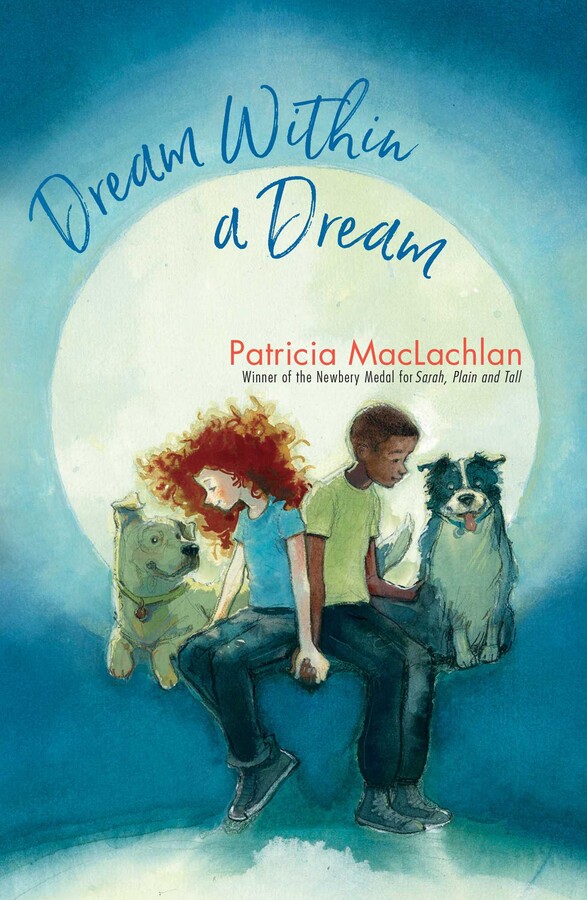 Dream Within a Dream

A Publishers Weekly Best Book of 2019!

A young girl finds herself—and so much more—during a summer stay with her grandparents in this tender novel from Newbery Award–winning author Patricia MacLachlan.

When Louisa (short for Louisiana) is sent to stay with her grandparents for the summer, she’s not looking forward to it. While her brother is determined to find a way to stay on Deer Island forever, Louisa would rather be off having adventures with their globetrotting ornithographer parents. She’s a writer, and there’s nothing on all of Deer Island to write about—right?

Louisa quickly discovers that small doesn’t necessarily mean quiet, and the island has plenty of scope for the imagination. It also has George, the boy who helps her see the world in a whole new light.

The end of summer is coming fast, and Louisa must decide what she really wants: travel the world with her parents, or stay on Deer Island with the people she’s only just learning to love?

Dream Within a Dream 1 Change
I’m telling my own story here.

I’m a secret writer. My teacher has never read my journal. My mother and father have not read it either. I think my brother, Theo, has read it, but he hasn’t said so. My life is like a dream within a dream, as Edgar Allan Poe writes.

For one thing my name is Louisiana. My parents were bird-watching through the South when my mother was very pregnant. What were they thinking?

So I was born in Louisiana.

My name is Louisiana. Louisa for short.

And I have a large mass of long curly red hair. Where did that come from?

My friends have smooth long hair that moves. My hair is long and wildly curly like an out-of-control Brillo pad. Look it up if you don’t know what that is. A so-called friend once said, “Too bad about your hair, Louisa.”

I am filled with anguish.

Theo is strangely understanding, yet direct.

“Tough to be you, Lou,” he says with sympathy when I complain to him.

“Theo is a linear thinker,” says Jake. “Put words to what you are feeling and you can solve it. Like me.”

Theo is only eight but could be seventy.

My grandmother Boots says the same thing in her own way.

My grandmother’s real name is Lily, but she is called Boots because she loves them. Everyone in her family has always worn boots, her grandmother and grandfather, her aunts and uncles and cousins everywhere. Even the babies wear boots. My favorite uncle, whose name I forget, is called Boots too. He’s a poet who fell in love with cows and is now a farmer.

My grandmother Boots prefers wellies. She has four pairs in the front closet: red, green, yellow, and black. They are tall and come up to her knees.

When Uncle Boots visited, it was confusing. We tried to change my grandmother’s name to Boo.

So now we have more than one Boots.

Boots knows most everything.

She knows, for instance, that her son—my father—and his wife—my mother—are “dense” about some things even though they’re “disturbingly” intelligent, as she puts it.

Boots is my hero.

Our parents have plunked Theo and me on the little island for the long summer, as they always do, while they go off to do their bird research. My father is an ornithologist, and my mother is a photographer. You haven’t seen anyone more excited than my father over the possible sighting of an ivory-billed woodpecker in some bug-ridden habitat. Or New Caledonian crows, who sometimes make and use tools to catch grubs. My mother often climbs trees to photograph a bird’s nest made of animal fur, human hair, sticks, small bones, and an every-once-in-a-while treasure such as a gold bead. Sometimes baby birds in a nest squawk at her when she surprises them.

Theo refers to our parents’ summers as “bird bedlam.”

My father, of course, wears boots.

Theo and I love coming to Deer Island for peace, reading books, taking long walks by the water, swimming, and mostly talking to Jake and Boots. Theo talks all year long about the island as if it is his dream.

“I heard something when my parents were talking.”

Boots nods. She is not shocked that I was eavesdropping. Nothing much shocks Boots.

“They were saying that you and Jake might move to our house when he can’t see well enough to drive.”

Boots laughs. Right out loud. “No. This is our home. The place we love. We can walk to almost everyplace we want to be.”

“Or, they said, maybe we could move here to help,” I say.

“Taking you out of school and all you know? Don’t worry, Louisa. They’re not invited.”

“Well, sometimes change can be exciting. An adventure. Sometimes you find out who you are.”

She puts her arms around me. “It’s hard being you,” she says.

“Of course he did,” says Boots, making me laugh and cry at the same time.

Tess jumps up on us as we stand there in the kitchen.

So Boots puts on her yellow wellies, and we take Tess walking down the field, past the sheep. Tess practices her old habit of herding, nipping at their heels.

They stare and look away again, bored.

Seals are sleeping in the sun. Tess goes over, and they hiss at her. Tess prances and dances around them. She isn’t afraid.

The seals aren’t afraid either.

The waves are slow and calm.

“There will be a nice sunset tonight,” says Boots. “Change, Louisa. The sunset comes, then darkness comes and the moon rises, and then in the morning, the sun. Change comes, and sometimes you can’t do anything about it.”

“Then you will be unhappy,” says Boots.

Herring gulls fly over us, making their laughing sound.

Boots sighs and throws a stick down the beach for Tess.

“That may be a small problem for him,” she says flatly.

Tess runs back and drops the stick at Boots’s feet. Boots throws it again.

“But something will happen,” she says.

“Something,” repeats Boots. “Remember the sunset, the moon, sunrise, the morning sun. Something always happens.”

The seals slip back into the sea. Tess watches them swim off in the water. They swim on their backs and look at her. Then they dip down and are gone.

Behind them the small morning ferry leaves the island to go to the mainland. I shade my eyes and look over to the blurry mainland where I live.

But as it turns out, Boots is right. 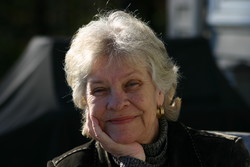 Patricia MacLachlan is the author of many well-loved novels and picture books, including Sarah, Plain and Tall, winner of the Newbery Medal; its sequels, Skylark and Caleb’s Story; Edward’s Eyes; The True Gift; Waiting for the Magic; White Fur Flying; and Fly Away. She lives in western Massachusetts.

A Publishers Weekly Best Book of the Year

* "MacLachlan delivers a sweet, evocative tale of love young and old, the entrenched and enduring paired with the new and tenuous. Her prose is stunningly extravagant in its sparseness, painting a watercolor canvas of emotion with the barest of strokes...this book clings to the heart and echoes in the soul for days." - Kirkus Reviews, starred review

"Newbery author MacLachlan's writing is both lyrical and succinct, providing readers with everything they need, yet leaving much room for contemplation...heartwarming and rare, perfect in its dreamy innocence." - Booklist

"MacLachlan continues to be a master of gentle family drama." - BCCB

Dream Within a Dream