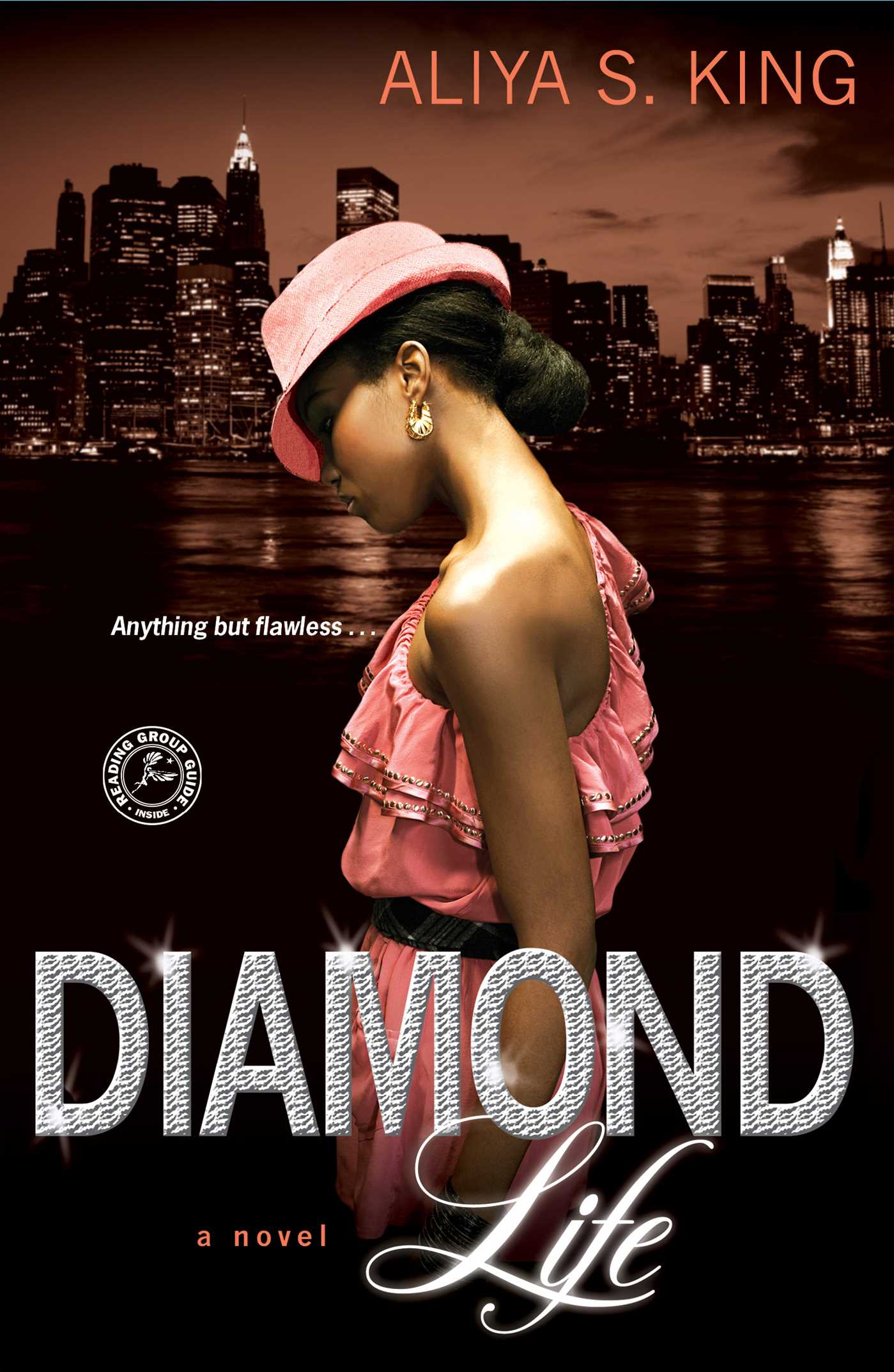 The follow-up to the critically acclaimed novel Platinum, Diamond Life returns to the smoke and mirrors world of fame with brand new characters and more true to life plotlines.

Alex Maxwell’s career as a journalist and celebrity ghostwriter is taking off, but it pales in comparison to her rapper husband Birdie’s multi-platinum debut and world tour. Slowly but surely, everything they swore would never happen begins to happen—leaving Brooklyn for a mansion in suburban New Jersey and letting a reality TV crew into their home. Birdie is confronted time and again by the sexy groupies who pursue famous rappers, and he’s forced to make some life-changing choices.

Meanwhile, the largely unknown performers Trip and Step release their new single, and it becomes the hottest song of the year. The duo’s popularity spreads like wildfire at the expense of entertainment’s leading icons—Jake and Z—who seem to be losing their edge, their market share, and perhaps their reputations, too.

Diamond Life doesn’t just pick up where Platinum left off—it reintroduces Platinum’s main characters from a different perspective and gives background characters center stage while presenting future stars. Whether readers have read the first book or not, they’ll be swept up by this intoxicating story of love, sex, ambition, money, betrayal, and the surprising realities of making it big.

This reading group guide for Georgia's Kitchen includes an introduction, discussion questions, ideas for enhancing your book club, and a Q&A with author Jenny Nelson. The suggested questions are intended to help your reading group find new and interesting angles and topics for your discussion. We hope that these ideas will enrich your conversation and increase your enjoyment of the book.

Journalist Alex Maxwell’s star is on the rise. And her husband Birdie is getting a bigger taste of fame as he joins the ranks of famous rappers, complete with McMansions, world tours, and tempting fans who threaten their marriage. Meanwhile, the industry’s biggest players are overcoming their own demons and struggling to maintain their relevance in a world where the next big thing rules. This follow-up to the novel Platinum gives an inside look into a glittery industry where alcohol, sex, scandal, money, and betrayal can taint the reality of finally “making it.”

1.  “It’s beautiful. But it’s so cliché,” Alex says of the house Birdie wants to buy in New Jersey. How is Birdie’s rise to fame, including leaving Brooklyn for a mansion in the suburbs, groupies, and staring in a reality show indicative of celebrityhood today?

2.  Many of the artists struggle to maintain relevance within pop culture. Which character do you think is most afraid of losing his or her edge? Whose career is most in jeopardy?

3.  What are the most important factors that led to Z’s transformation? What event ultimately led to his redemption?

3.  Discuss the treatment of women in Diamond Life. Why are the men so flippant toward women? Why do you think the women tolerate this behavior?

4.  Discuss Alex as a strong, independent female in contrast to the other women in the book. Where do Josephine, Lily, Beth, Bunny, and Cleo show their greatest strengths and weaknesses?

5.  What habits did Zander learn from his father, and how did this influence his relationship with Bunny? How does Z’s transformation contrast to his son’s setbacks?

6.  Discuss the theme of forgiveness in the book, from Birdie’s infidelity to Lily’s lies to Jake. What actions do you feel are most unforgivable?

7.  What do you think is the cause of Beth’s distant attitude toward Z? Do you think Z is the real father of baby Kipenzi?

8.  What was the breaking point for Alex in her marriage to Birdie? Discuss her rationale for having an abortion.

9.  What do you think will be Cleo’s role in the future of Josephine’s baby?

10.  Who is the most motivated by money? Who is most in search of the “diamond life”? Explain.

11.  Why did no one intervene in Jake’s self-destructive behavior following Kipenzi’s death?

12.  Discuss the gender stereotypes among the characters in the book. In this world, what are the differing attitudes about cheating, alcohol abuse, and violence for men versus women?

13.  Why are Josephine, Beth, and even Alex so willing to turn a blind eye to their husbands’ philandering?

14.  Discuss the meaning of Z’s statement, “Triumph and disaster are both imposters.” To whom does this most apply in Diamond Life? How has it played out in your own life?

1.  Play some current hip-hop hits during your group’s discussion. Think about how the lyrics of some of your favorite songs relate to the characters in Diamond Life.

2.  Watch the movie American Gangster, the film adaptation of Aliya S. King’s book Original Gangster, about Frank Lucas. Discuss the similarities and differences between the world of gangsters and the hip-hop artists depicted in Diamond Life.

3.  Read Karrine Steffans’s 2005 bestselling memoir, Confessions of a Video Vixen. Discuss how the book may be similar to Cleo’s fictional tell-all.


A Conversation with Aliya S. King

While writing your first novel Platinum, did you always have this sequel in mind?

In the beginning, when I first began writing Platinum, I definitely did not have a sequel in mind. As it was my first novel, I had no idea it would ever see the light of day! I was just really excited about finishing the novel. But as I began to get closer to the end of the novel, I did start wondering what would become of my characters and how their lives might change in that fictional universe.

You’ve said you related to Alex in Platinum. Do you relate to any of the characters in Diamond Life?

I still relate to Alex quite a bit. We’re both writers who cover the same beat and work for the same publications, so we have a lot in common.

As a woman writer, how difficult was it for you to portray female characters as objects of desire, or as scorned wives? Why do these women take such abuse from their partners? How much is this a reflection of the hip-hop industry as you see it?

It’s not just a reflection of hip-hop. It’s a reflection of celebrity, period. Gene Simmons from KISS just married his girlfriend of twenty-eight years. A lot of folks wondered why on earth she would stick around that long when she wanted to be married. I don’t think that problematic relationships are hip-hop specific. Give someone fame and fortune and relationships may suffer, no matter what genre of entertainment they’re involved in.

How difficult is it for celebrity journalists to keep their objectivity when writing about their subjects? Did Alex cross any lines in writing Z’s memoir?

Good question. Going with Z to a twelve-step meeting could be seen as crossing a line. (Although I would do the same thing in her position.) If I’m writing someone’s book, I want to see as much of his world as I possibly can. It’s a thin line, and I think many journalists cross it at some point.

What was the reasoning behind the inclusion of Lily’s storyline, a character who did not appear in Platinum? How would the world of Diamond Life react to a relationship between her and Jake?

I really thought a lot about what would become of Jake after I finished writing Platinum.  He loved Kipenzi so much. How could she possible be replaced? I wanted to see what it would take for Jake to open up and feel for someone again. And then what would he do if this woman was not who he thought she was? Also, I’m very interested into how the hip-hop world would handle a relationship between Jake and someone like Lily. Would they be accepted? Probably not. A bigger question would be: Does a relationship like Lily and Jake’s exist right now? I’d love to know!

How “ripped from the headlines” is this book, in comparison to Platinum?

When we pick up with the characters in Diamond Life, it seems that many of them have forgotten the sting of Cleo’s tell-all book in Platinum. Why wasn’t there more of an outcry? Who was the most hurt by Cleo’s book?

I don’t know if they’ve forgotten. I think it’s more that they are trying to move on. It’s been a year, and the damage has been done. Ras was the most affected by Cleo, in my opinion, and that continues to be the case in Diamond Life!

Were there any unanticipated reactions to Platinum you wanted to address in Diamond Life?

I never imagined that readers would be so affected by the outcome of one of the major characters in Platinum. I still get messages on Facebook and Twitter about it! So in Diamond Life, I almost wanted to change what happened to a major character in Platinum. But I couldn’t do it. There was tragedy in Platinum and it had to remain so.


Whose book will be a bigger seller—Cleo’s or Z’s? Why?

Probably Cleo’s. She was dishing dirt. Z is just coming clean about his own problems in life. Plus, everyone’s already heard crazy stories directly from Cleo! She beat him to the punch!

Birdie’s song states, “All I want is a fist full of dollars.” What are the realities of sudden wealth for both the characters in the book and the players in the music industry?

In reality, does a fist full of dollars ever end well? How many of today’s most successful rap acts remain so for the life of their careers? It’s always a risk. And the sudden wealth is often very blinding. And when you’re blinded by the diamond life, you don’t always make great choices. 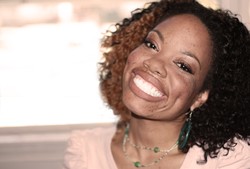 Aliya King Neil is an award-winning journalist and the author of Platinum. She is the coauthor of Original Gangster and the New York Times bestseller Keep the Faith. Her work has appeared in Vibe, Giant, Uptown, Essence, King, Ms., Us Weekly, and Teen People, among others. Please visit her at AliyaSKing.com.

“In this atmospheric follow-up to 2010’s Platinum, entertainment journalist King continues the saga of her hip-hop moguls (and the women who love them) that she started in Platinum… the author’s journalism experience with Vibe, Essence, and other publications lends an authentic air. Readers will enjoy guessing which real-life celebrity dramas might match their fictional counterparts. A solid page-turner.” --Publishers Weekly