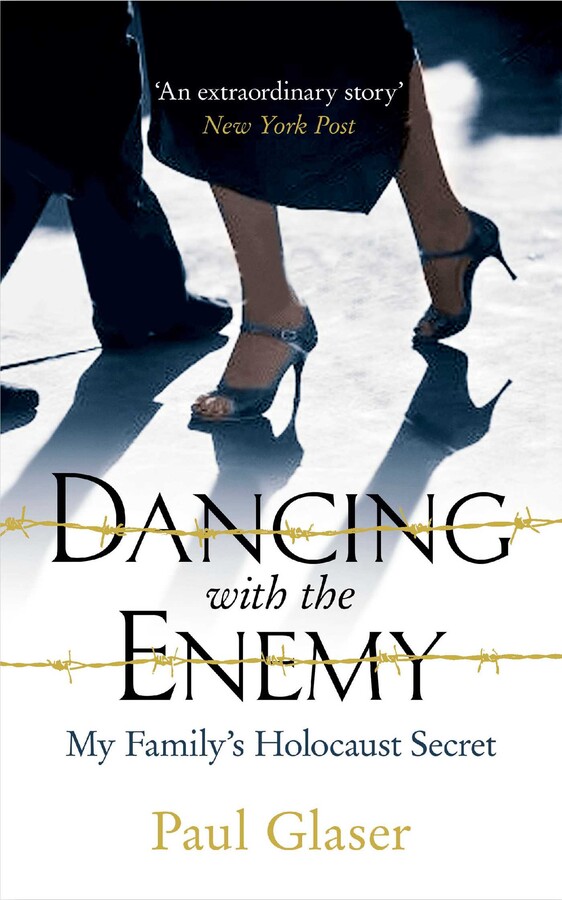 Dancing with the Enemy

When Paul Glaser discovered his Aunt Rosie’s remarkable wartime diaries, photographs and letters he was shocked: he had been raised as a Catholic, and had no knowledge of his Jewish heritage. But the story he was to uncover and reconstruct was one far larger and more dramatic than he could have ever imagined.

Rosie Glaser was a magnetic force – hopeful, exuberant and cunning. An emancipated woman who defied convention, she toured Western Europe teaching ballroom dancing to high acclaim, falling in love hard and often. By the age of twenty-five, she had lost the great love of her life, married the wrong man, and sought consolation in the arms of another. Then the Nazis seized power. After operating an illegal dance school in her parents’ attic, she was betrayed by both her ex-husband and her lover, taken prisoner by the SS and sent to a series of concentration camps. Of the twelve-hundred people who arrived with her at Auschwitz, only eight survived.

'compelling, riveting and another achingly human insight into the tragedy of the Holocaust'

‘Extraordinary… exposes many of the myths of resistance - and examines the psychology of betrayal, especially of the Dutch. Above all, it brings us the story of irrepressible, sexy Rosie, a woman able to see through her oppressors' violent manner to the pathetically inadequate people behind the uniforms and regulations’

‘A readable, personable study and a scathing indictment of Dutch passivity in the face of occupation.’

‘Glaser weaves together his interviews with Rosie in Sweden and his research into her amazing letters and diaries, and he tells the story in her voice parallel with his surprising discoveries of his own identity ... An essential addition to the Holocaust collection.’

‘Rosie was unconventional, exuberant and ever optimistic, and her spirit comes through in these pages.’

‘Rosie’s story is one of sheer cunning, and undiminished spirit.’

‘A compelling story about how one prisoner charmed and danced her way to survival. A fascinating read that also exposes the calumnies of the Dutch people and government both during the war and after it.’

‘I could not put down this powerfully haunting story ... The author takes readers on a gripping journey ... Passionate, clever, resourceful, and determined, Rosie was a powerful force. This story reminds us once again of the resiliency of the human spirit and its ability to endure, overcome and even dance amidst unthinkable tragedy.’

‘[Rosie Glaser] led one of the most extraordinary lives of the 20th century ... [A] riveting story ... What is undeniable ... is Rosie’s fearless strength in facing her fate and her refusal to become a victim. She refers little to the brutality she encountered, but frequently mentions the little kindnesses extended by the Germans. The will to survive is powerful indeed.’

‘Family secrets run deep. When Dutch-born Glaser started digging up his hidden Jewish past, he learned that his estranged aunt Rosie had survived Nazi concentration camps by giving dancing lessons to the guards and having affairs with more than one. Letters, archives, diaries, relatives and family friends lead the writer, at last, to Rosie Glaser herself, and to an extraordinary story of an unconventional, nervy woman and her determination to survive.’

Dancing with the Enemy