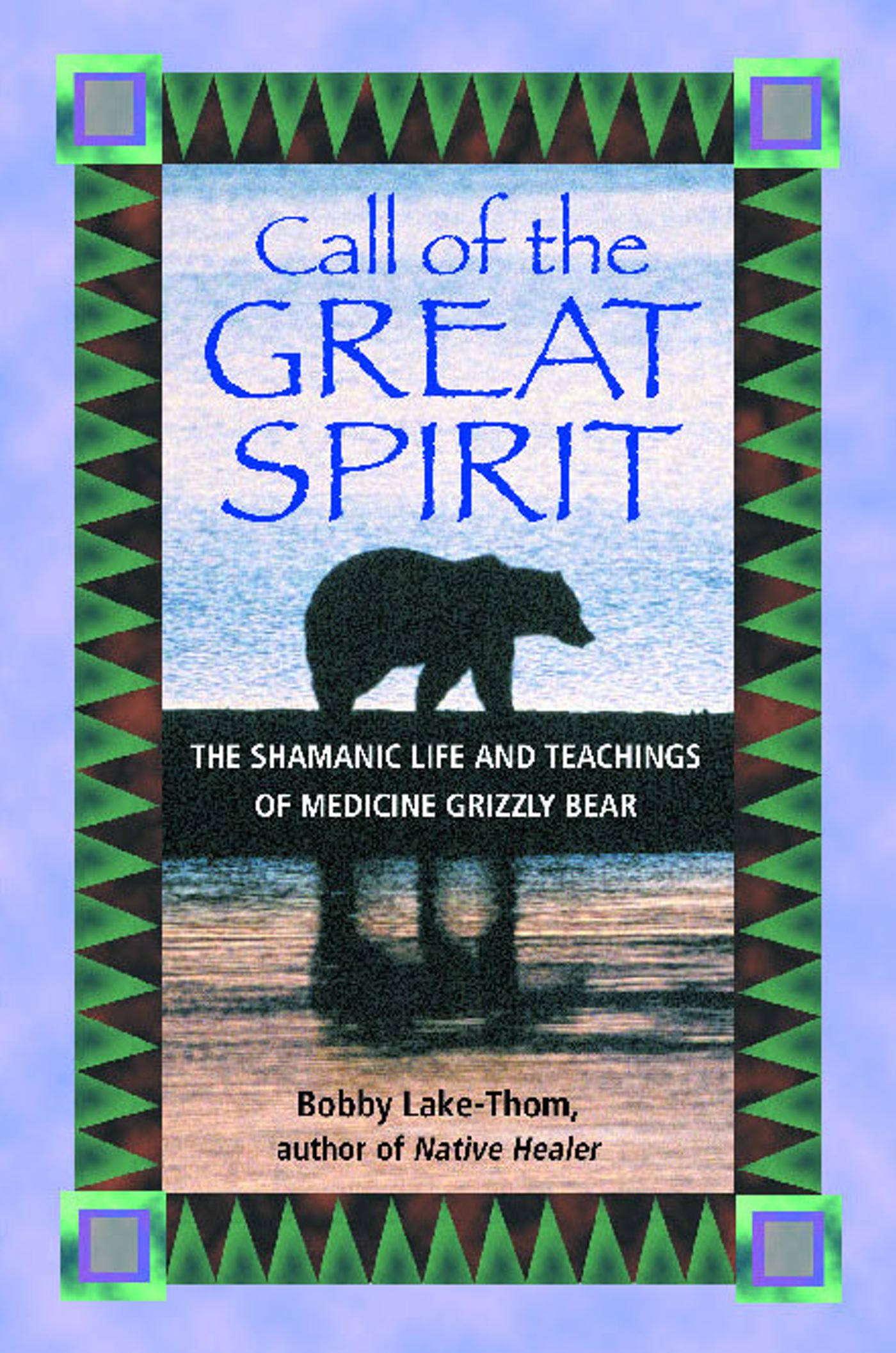 Call of the Great Spirit

The Shamanic Life and Teachings of Medicine Grizzly Bear

A traditional Native American healer from the Karuk tribe shares his personal story of reconnection to the Great Spirit in contemporary America.

• By Bobby Lake-Thom, author of the bestseller Native Healer.

• Explores indigenous social identity in a spiritual and political context.

This redemption story of Native American healer Bobby Lake-Thom invites the reader to enter a world of authentic indigenous traditions and ceremonies. Bobby, also known as Medicine Grizzly Bear, didn't recognize his shamanic calling at first. He didn't know that his vivid dreams, psychic abilities, and visitations by wild animals and ghostly figures were calls from the Great Spirit.
In the age-old shamanic tradition, it took a near-death experience for the message to get through to him. Though still a young man, he was wracked with debilitating arthritis. Unable to handle the physical and psychic pain, he set out into the wilderness determined to kill himself with an overdose of drugs and alcohol. But before downing the substances, he approximated a Native American ceremony as best he could, sending a heartfelt prayer for assistance to the Great Spirit. He woke up--alive--the next morning and received a message from Eagle, telling him to seek help from Wahsek, a medicine man in the northern mountains. And so Bobby's apprenticeship began. Forbidden to reveal Wahsek's secrets until 10 years after his death, Bobby is now free to share this fascinating story with the world.

I was helping to light the kerosene lamps when he came in and started washing his hands. On the way over to the table to sit down he said, "Oh, by the way, this is Gina. She is a Hupa woman from a well-known medicine family. I am Wahsek, a Yurok Indian, the grandson of Lucky from Wahsek, and the son of Nancy and Charlie Wahsek. I am one of the few from the original lineage of the ancient and secret House of Talth. And I am a psychiatrist so you came to the right place."

Man, this guy nailed me again. "How in the hell did you know I was thinking I would be better off if I went to a psychiatrist?" I asked. "And what about my request for help? Are you willing to do a healing ceremony on me?"
"Well, it's like this," he said, looking at Gina and laughing. "I guess I'm psychic, whatever that means!" We couldn't stop laughing. I honestly didn't know if he was joking or serious, but I did know one thing for sure: this dude was definitely telepathic, with spiritual powers, abilities, and knowledge far beyond the normal. Perhaps even far beyond highly educated human comprehension.
We had acorn soup, smoked salmon, deer meat, biscuits, and wild mint tea for dinner. Damn, I don't ever remember eating anything that tasted so good, so natural, and so powerful. Gina kept looking at me while I was eating and I thought she was waiting for a compliment. "Man, this is great," I said. "It really is the best meal I've ever had. It's been a long time since I had venison." But that didn't seem to pacify her because she kept looking at me all over. I got the feeling she was studying something, maybe reading my aura. Then she snapped, "It's not deer meat, just local beef. We don't eat deer meat and salmon together at the same meal. It's against Indian custom!" I felt chastised.
Wahsek broke the silence. "I've decided to doctor you so we'll get started a couple of hours after dinner, okay? Mr. Hoo-hoo outside wasn't after you, although that is normally the case when he comes stalking as the Death Giver. He's a bad omen but sometimes can also be a tough challenger. It depends on how he comes, who sent him, or how he acts. In this situation he was reporting a death that was about to happen."
We heard the Rooster crow three times. Wahsek and Gina looked toward each other gravely, then toward the barn that was in a south direction, and I thought I heard them saying a little prayer under their breath, although it was in the Native language. I got real nervous and shook with a cold chill going up my spine. "So you know what that means, huh, when a Rooster crows at night when it's not supposed to?"
"Well yeah, I think so,"I responded. "I guess it's foolish to be superstitious but yeah, I've heard since I was a child that it's a bad omen when the Rooster crows after sunset. It usually means someone is going to die, right?"
"You're right, and it's not superstitious. It's just a different system of knowledge, an ancient form of creative intelligence, a form of spiritual education, you might say. So believing in such things doesn't make it any better or any worse, it just makes you more intelligent."
"What do you mean?" I asked. "I never thought old wives' tales, superstitious beliefs, or supernatural acts were a form of higher intelligence. In fact, Western society has spent a great deal of time, effort, and money to make most of us believe superstitious people are ignorant, uneducated, crude, and low class."
He looked at me and busted out laughing. "Then I guess you're a real fool after all, huh? With all your Western education, military training, and college you still believe in and react to what you call superstitious things!"
"Okay," I said, "so you're right and I'm wrong. Maybe you can really talk to birds, animals, and spirits; maybe you do hear what they have to say for some strange reason. So what did the Owl tell you?"
"Remember when you were going to stop at Pearson's store, down below, next to the bridge, to get a soda pop and ask for directions? But you got an eerie feeling when you saw a few long-haired Indian people drunk and fighting with a White man? Well, one of the Indian guys, Jimmy Johnson, who has a reputation for getting drunk and causing trouble, got killed just a little while ago, around the same time the Owl came in hooting. A representative of his family will be coming up to see me tomorrow to ask for spiritual help, just wait and see." He grinned and looked at me for a response, and then continued, "Then we'll also see how your highly educated, Western-oriented, intelligent mind tries to rationalize it all, huh?" On this note we all started laughing again. "And don't you even dare ask me how I knew what you were going to do at Pearson's and what you saw take place!"

Bobby Lake-Thom (Medicine Grizzly Bear) is a traditional native healer and spiritual teacher trained by 16 medicine men and women from different tribes. He lectures, conducts workshops, and has doctored hundreds of people from all walks of life. He has also served as Professor for Native American Studies at Humbolt State University and as an Indian affairs specialist for numerous Indian tribes and organizations in the United States. He lives in California.

Call of the Great Spirit

The Shamanic Life and Teachings of Medicine Grizzly Bear