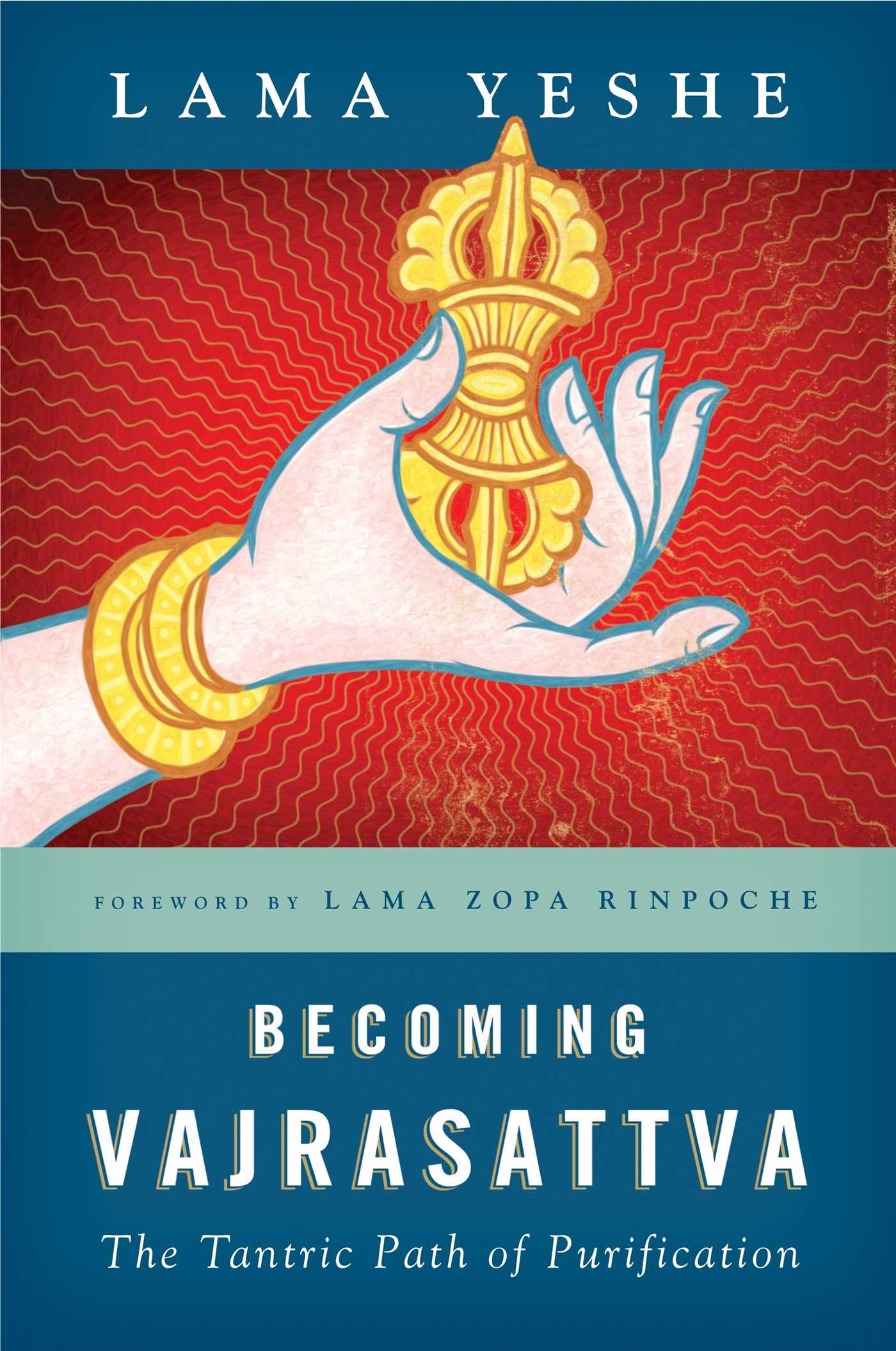 The Tantric Path of Purification

"The practice of purification is one of the most important solutions to life's problems." - Lama Zopa Rinpoche

Common to all four traditions of Tibetan Buddhism, the practice of Vajrasattva is used to purify negative karma, illness, and obstacles to spiritual development. Lama Yeshe, the inspirational teacher who strongly influenced the development of Buddhism in the West, found that the practice of Vajrasattva brought dramatic results for his Western students. Becoming Vajrasattva is a complete guide to this purification practice, providing instruction on the method, commentary on the traditional texts, and insight into tantra. Also included is an entire section of complete retreat instructions - indispensable reading material for anyone undertaking a retreat in the Tibetan tradition.

Lama Thubten Yeshe (1935-1984) was born in Tibet and educated at the great Sera Monastic University. He fled the Chinese oppression in 1959 and in the late 1960s, with his chief disciple, Lama Thubten Zopa Rinpoche, began teaching Buddhism to Westerners at their Kopan Monastery, Kathmandu, Nepal. In 1975 they founded the international Buddhist organization, the Foundation for the Preservation of the Mahayana Tradition (FPMT), which now has more than 160 centers, projects and services worldwide.

"Lama Yeshe was capable of translating Tibetan Buddhist thought not only through language, but by his presence, gestures, and way of life."

"One of the great teachers of our time."

– Sogyal Rinpoche, author of The Tibetan Book of Living and Dying

"Many years ago I heard a Dharma talk by Lama Yeshe. I was very impressed with his ability to communicate deep truths in very ordinary language, with a hilarious sense of humor that helped deliver such wisdom. But he died, so my attention eventually went elsewhere. Recently, I discovered his books--some very technical Tantra; some down-to-earth wisdom. Lama Yeshe's same gift was present in both modes. Although, my many years of Dharma training is in Theravadin Buddhism, especially the practice of vipassana meditation, I found his teaching once again to be of great value--so direct, so clear. Granted, some of his technical Tantra seemed to me, at first, of limited relevance to my interests. But upon closer reading, and in his hands, these teachings proved equally valuable. Lama Yeshe has given us a body of teaching of immense signifciance for practitioners of all schools of Buddhadharma."

"[FOUR STARS] Lama Thubten Yeshe (1935-84), one of the best loved and most highly accomplished lamas teaching Westerners, has gifted us with a number of very important books based on his talks to students. Among his superb publications, all released by Wisdom Publications, are Introduction to Tantra, The Bliss of Inner Fire, and Becoming Compassion Buddha: Tantric Mahamudra for Everyday Life. Becoming Vajrasattva has the same direct quality as Lama Yeshe's other works, allowing the reader to sense and enjoy some of the immediacy of receiving oral instructions from a highly realized teacher. As the founder of the Foundation for the Preservation of the Mahayana Tradition (FPMT), with over 100 centers around the world, he has created a lasting legacy. This book is the first full-length treatment of the Vajrasattva meditation/visualization practice, which is considered very important by all four schools of Tibetan Buddhism. We are very generously given a close-up view of how the meditation is to be done, including its associated rituals, and also of the minutiae of an actual Vajrasattva retreat. Lama Yeshe's accompanying instructional talks are, as always, precious and enormously clarifying and encouraging."

The Tantric Path of Purification