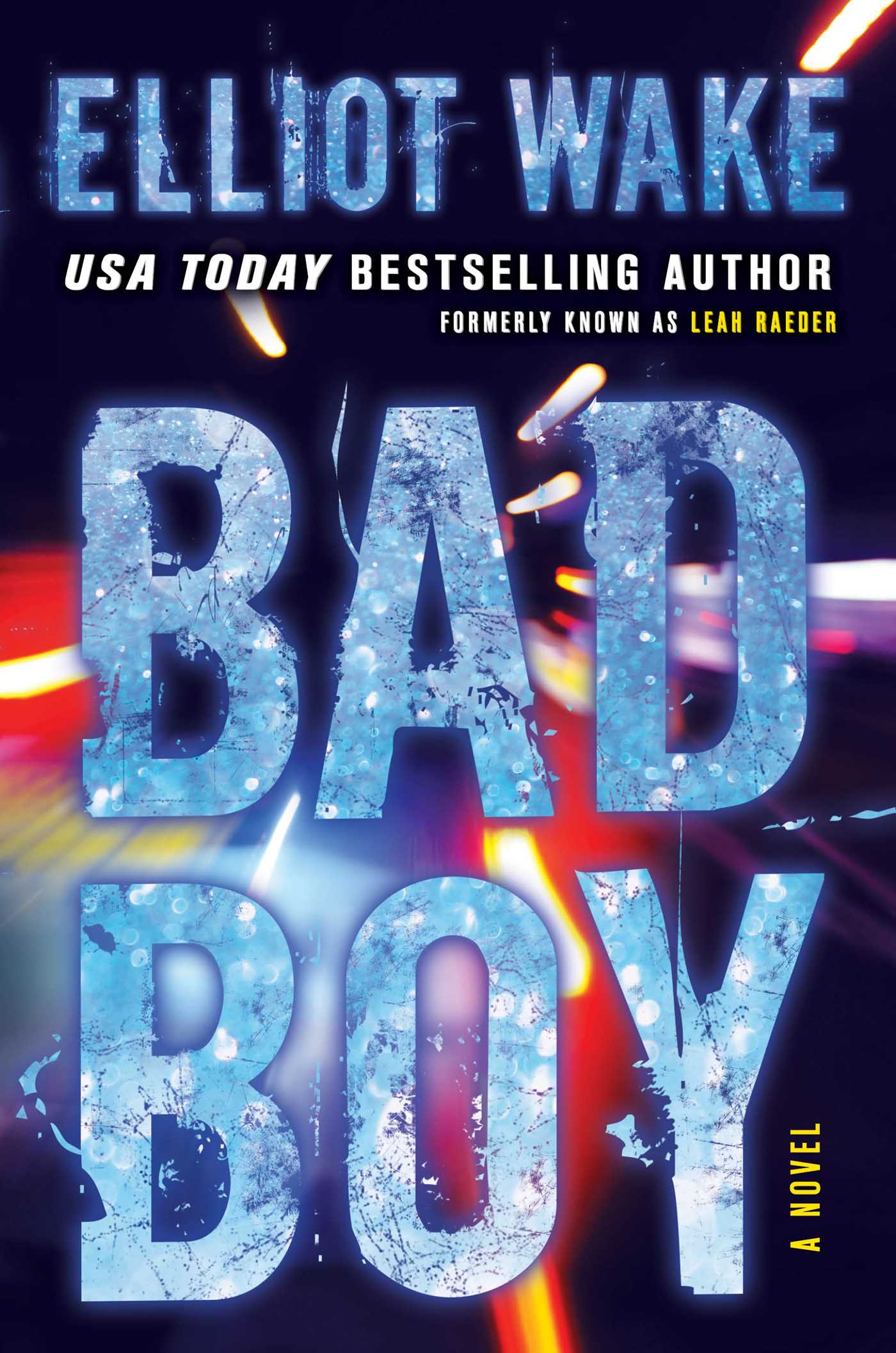 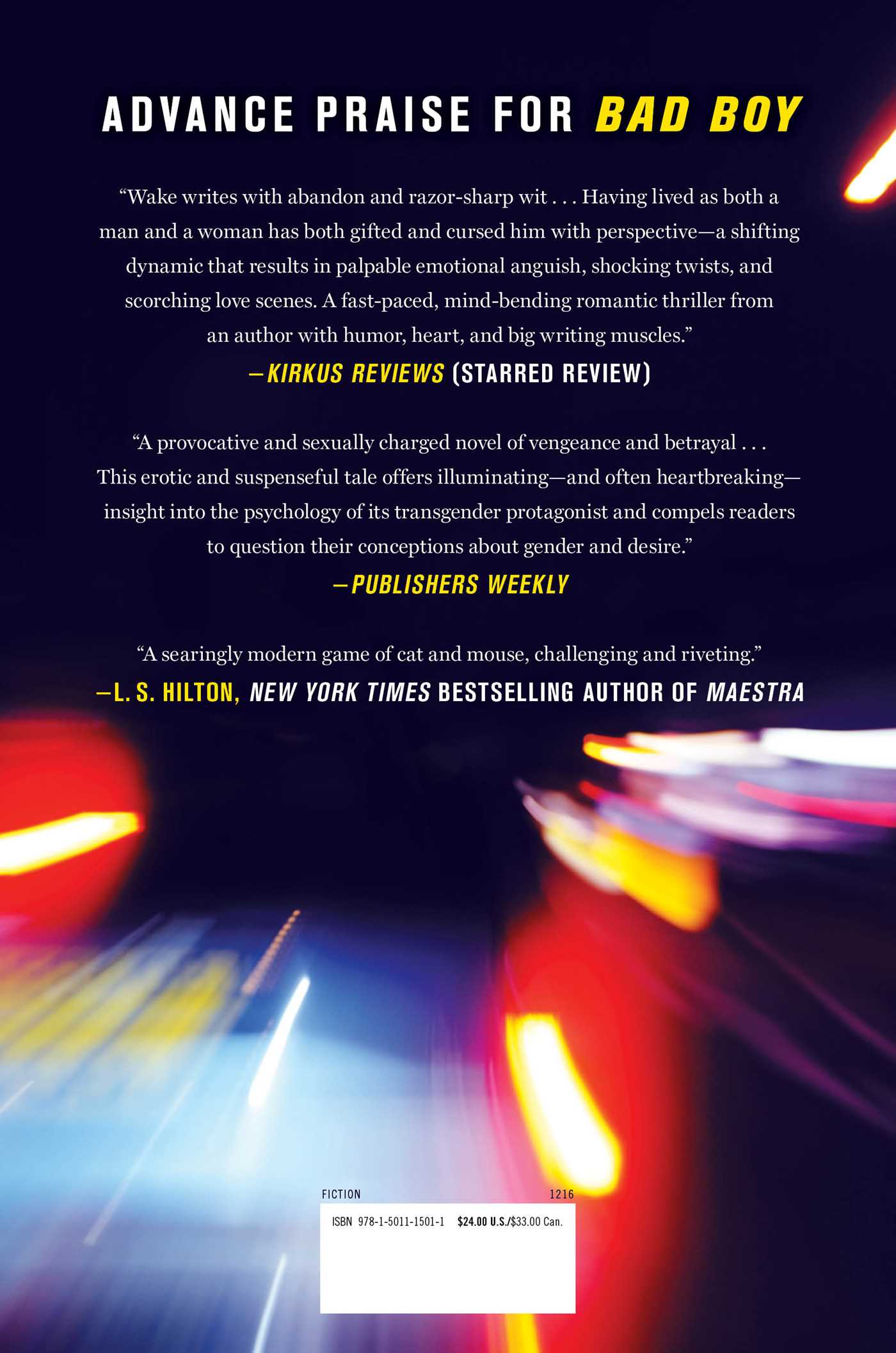 Vlog star Renard Grant has nothing to prove: he’s got a pretty face, chiseled body, and two million adoring video subscribers. Plus the scars on his chest and a prescription for testosterone. Because Ren is transgender: assigned female at birth, living now as male. He films his transition and shares it bravely with the world; his fans love his honesty and positivity.

But Ren has been living a double life.

Off-camera, he’s Cane, the muscle-bound enforcer for social justice vigilante group Black Iris. As Cane, he lets his dark side loose. Hurts those who prey on the disempowered. Indulges in the ugly side of masculinity. And his new partner, Tamsin Baylor, is a girl as rough and relentless as him. Together, they terrorize the trolls into silence.

But when a routine Black Iris job goes south, Ren is put in the crosshairs. Someone is out to ruin his life. He’s a bad boy, they say, guilty of what he punishes others for.

Just like every other guy: at heart, he’s a monster, too.

Now Ren’s got everything to prove. He has to clear his name, and show the world he’s a good man. But that requires facing demons he’s locked away for years. And it might mean discovering he’s not such a good guy after all.

Hello, Internet. My name is Ren. Despite what my reedy voice and apple-dumpling cheeks might tell you, I’m a boy. A lost boy in the big city, trying to find myself. If you’re watching this, maybe you’re trying to find yourself, too.

Over the past year I’ve watched a thousand videos just like this one. Other guys talking to their laptops, isolated and afraid, launching their voices into the void like messages in bottles. We’re all stranded on the desert islands of ourselves, sending missive after missive and hoping someone will find us, and reply:

Guess I’ll give you the basics. I’m nineteen. College sophomore. Gender studies major. Yep, the only boy in class. That’ll be fun later, with a beard. I live with my best friend and we both live with the ghost of myself. You can’t shake a haunting unless you face it, so in the interests of exorcism and YouTube view counts I’m documenting my transition.

Today was my first day on testosterone.

Here’s how it works: You go to a gender therapist and say, “I feel like I’ve been given a life sentence, and the prison cell is my own skin.” You tell them the bars make a double X pattern. The prison uniform is a pointlessly wide pelvis and unnecessary breast tissue atop your pecs. It’s designed to dehumanize you. Make you feel both trapped in and disconnected from yourself. The therapist will say, “How long have you identified as a man?” And even though you don’t really feel like a man inside, but more of a boy, scared and confused and alone, you’ll say, “My whole life.” Because you want testosterone more than anything. You need it. To survive.

Then, with a bit of luck, they’ll sign a letter certifying you as genderfucked, and you’ll get T. The wonder drug. The problem-curing, life-fixing panacea.

But it’s the only thing I have left to try before I take a razor to my wrists.

Some trans guys count their first day of T as their new birthday. So here I am, world. Your newest baby boy, born December 13. Sprung fully formed from my own forehead, Athena-style.

I’m a mythology nerd, and there’s this myth that speaks to me, haunts me . . .

This is, uh, kinda hard to talk about, actually. Maybe I—

My biggest issue with mythology is that it’s so steeped in rape. Most of the gods and kings were total shitlords who terrorized women. Other gods took pity and transformed those women into plants so they could escape sexual assault.

Let that sink in. Better to be a fucking plant than a woman in ancient Greece.

My relationship with mythology is cagey, but there’s this myth I’m obsessed with about a woman called Caenis. Like so many others, Caenis was raped by Poseidon. Afterward she asked to be changed into a man so she couldn’t be raped again. Apparently Poseidon drew the line at sodomy.

So Caenis became Caeneus, a fearsome warrior. A man so strong he couldn’t be harmed by normal weapons. To defeat him, a crafty centaur buried him beneath a mountain of logs. He’s still there, tossing the trunks aside one by one, clawing his way out. Nothing can stop him. Nothing can hold him down. Someday he’ll be free.

I’m Caeneus, if that wasn’t obvious.

My voice isn’t usually this hoarse. Two weeks ago, I put a belt around my neck and stepped off a chair in my closet. My best friend found me and performed CPR. No one knows how long I was deprived of oxygen. Not long enough for measurable brain damage, but long enough that I still don’t have sensation in my chest. Which is actually kind of nice. Lets me forget I have breasts.

This is probably the thousandth trans-guy-taking-T video you’ve watched. You’re seeking answers, like me. Reassurance. Permission. You want to know if this is what you should do. If it’ll really make you happy, quiet that scream inside that no one else can hear.

I’m not one hundred percent sure it’s right for me, either.

I just know something has to change. I have to change.

People make ugly choices to stay sane inside prison. When your body is the cell, it feels like your only freedom is to die. But that’s bullshit. There’s another way out. A safe way. See a fucking therapist, okay? Don’t be like me, don’t wait till it nearly kills you. I spent years hurting myself, cautiously, shallowly, trying to resist that final deep cut into a vein.

I hurt myself to remember: I am this body. As much as I hate it, it’s me.

I have to serve my time here. Make peace with it.

But I am. I’m taking back control.

No more self-harm. Now there’s a silver bullet of testosterone in my bloodstream, and I didn’t even have to beg a god. Thanks, Obamacare.

So this is it. The girl part dies. A little boy wakes up, confused and alone. Irrevocable changes are happening inside his cells and he’s stuck on the island of himself, sailing messages out into the wide blue nothing.

This is what they say:

Elliot Wake (formerly known as Leah Raeder) is a transgender author of four novels: Unteachable, Black Iris, Cam Girl, and Bad Boy. Aside from reading his brains out, Elliot enjoys video games, weightlifting, and perfecting his dapper style. He lives with his partner in Chicago.

“Wake writes with abandon and razor-sharp wit as he details the struggles and joys of being a 'self-made man'…A fast-paced, mind-bending romantic thriller from an author with humor, heart, and big writing muscles.”

“Wake presents an intense, suspenseful, and unusual tale of romantic suspense that will make readers question their perceptions of gender and relationships.”

"A searingly modern game of cat and mouse, challenging and riveting."

“Wake delivers in spades, crafting a story so captivating, you won’t be able to set your book down.”

"A tense and taut mystery."

“Raeder’s beautifully broken characters are so full of life that they leap off the page and demand that the reader pay attention to them…it’s a must read for anyone wanting a sexy deep dive into a tangled psyche and a difficult life.”

"Cam Girl is a beautiful exploration of gender and sexuality that begs readers to question how well we know those closest to us, including ourselves. Raeder's trademark sensual lyricism is in full effect here, but it's the fraught yet tender relationship between Vada and Ellis that will have you glued to the pages until the oh-so-perfect ending."

– Dahlia Adler, author of UNDER THE LIGHTS

“Raeder keeps the action moving as readers try to figure out the dual mysteries—what happened on the road that night, and who is Blue?"

“Gripping, emotional, relatable, and yes, romantic (in all the best ways) read. Whatever Raeder writes, I will always want to read and recommend.”

“Raeder’s best book yet. It has the grit, language, and heat you’d expect, but there’s more. Raeder has clearly dug down and bled and studied the mirror to reveal the ugliest and most beautiful parts of herself, and human nature. CAM GIRL is a rich and unflinching narrative.”

Praise for Black Iris:
"Like an afternoon special on bullying gone impossibly dark, Raeder's dizzyingly intense, drug-addicted queer teenage revenge fantasy takes its reader on a sexy, bloody journey of pure emotion that's by turns expressed, denied, and turned back in on itself. Delaney Keating, viciously mistreated in high school for her attraction to girls and damaged by her unstable mother's suicide, falls into a love triangle with two of the dramatic inhabitants of underground dance club Umbra: DJ and patient medical student Armin, and impulsive, fierce, deliciously sensual Blythe. She pulls them into her scheme of violence against her abusers in a heady mélange of lust and bloodlust, while the triad pulls against itself with internal jealousies. A twisting timeline dancing over a year's events makes every moment seem both immediate and angrily steeped in memory. Major themes include depression, mania, and the ways that the use and abuse of drugs affect access to the reality of self and the world's essential nature; but the soul-searching always comes in the context of action, everyone around hit by the shrapnel of exploding feelings. This is an exhilarating ride for our inner underdog, craving a taste of what it would feel like to just get back at everyone if we were reckless enough not to care about the consequences."

"Not for the faint of heart…gritty, intense, and lyrical…Raeder’s compelling and unnerving dysfunctional love story is about revenge and survival.”

"Raeder is a true, original talent."


"Risky, brave, bold. Heart-breaking, captivating, and sensual. There aren’t enough words to describe this suspenseful powerhouse of a novel. Raeder’s gorgeous prose and raw characters will keep you flipping to the very end. Black Iris is one of the best books I’ve read this year."

"Intense and visceral, Black Iris is as sharp as a knife and beats with a heart that is double-edged and dangerous."


"Provocative, seductive, and skillfully written, Black Iris is a story that stands out from the crowd."

"Raeder masterfully weaves a dark, twisted, dangerously sexy quest for revenge with a raw, honest search for kinship and self-acceptance. Black Iris demands your attention, your heart, and an immediate reread."

– Dahlia Adler, author of Last Will and Testament

"Lyrical, vivid, and poignant, Unteachable is one of best forbidden romances I've ever read."

"Unteachable infuses the complicated dynamics of forbidden sexual tension and untamed passion, all while managing to break your heart. Easily one of my favorite reads."

"Leah Raeder's writing is skillful and stunning. Unteachable is one of the most beautifully powerful stories of forbidden love that I have ever read."