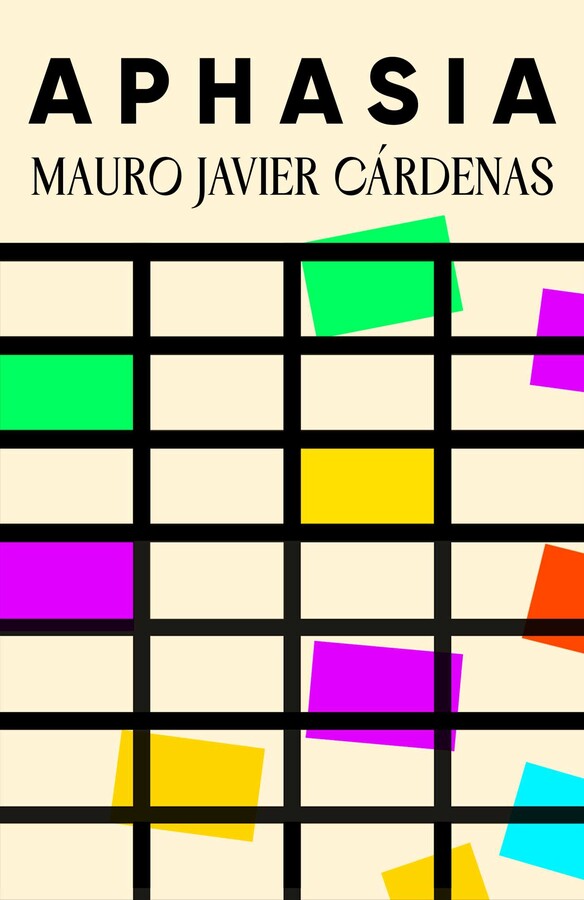 A modernist tour de force from an exhilarating new talent

Antonio’s sister is on the run. Convinced that Antonio is conspiring with Obama, the Pentagon, and now her own neighbours, she’s disappeared. Antonio, however, is doing his best to think of anything but his sister or, for that matter, any of his problems.

By day, he’s Antonio, father of two, recent divorcé and unenthusiastic database analyst. In private, he divides his time between visits to seedy pick-up website ‘Your Sugar Arrangements’, and hours spent combing fiction and film for examples of how to become a better father.

As the meticulously crafted structure of his outwardly comfortable life begins to crumble, Antonio submerges himself in the lives of those who have shaped him.

What really caused his mother to leave Antonio’s father with her two young children in tow?

What lies beneath his Czech ex-wife’s troubled, obsessive relationship with her country?

And where does Antonio, the man, fit in all this?

Propulsive and freewheeling, Mauro Javier Cárdenas’ second novel is a daring examination of identity in a world that seems determined to fragment us.

'Mauro Javier Cárdenas has knocked down the novel as we know it, and built a cathedral out of the debris. Aphasia is monumental, funny, potent, and fresh. It marks a new beginning.'

'Mauro Javier Cárdenas's Aphasia batters at the limits of guilt, of masculinity, of love and promiscuity, of the American family and English syntax.'

'Brainy and decadent, playful and outrageous, Aphasia marks the comeback of the Self in a spiraling trip into contemporary manhood and the Latin American spirit that will render you speechless.'

'Long, breathless sentences dizzying and richly packed with memories, connections, and literary references. Cárdenas undercuts the idea of a single, stable identity and suggests the self as a many-layered work in progress... Fans of the author's inventive, ambitious debut novel will find the same sardonic intelligence, paired here with a deep humanity... Original, richly felt, deftly written.'

'In the follow-up to his wildly ambitious debut novel, The Revolutionaries Try Again (2016), Cárdenas again deploys his sense of invention and irreverence, jettisoning conventional paragraph and dialogue breaks and embracing long-running sentences that delight in playful exasperation... [Aphasia] will appeal to fans of Latin American fiction that navigates the bleeding edge of experimentation.'

'Buckle up, kids, Cárdenas is taking us on a bumpy ride. A mild-mannered bank clerk, who wishes to be a novelist, meditates on memory, loss, family, and other things both real and imagined. Aphasia is an avalanche of language, perfect for readers of Thomas Bernhard and Lucy Ellmann's Ducks, Newburyport.'

'Excellent... Aphasia's spirit is one of blending and border collapse... [It] dramatizes our ability to occupy multiple narratives at once – and proves that literature itself can do the same.'

'A rollercoaster of a run... [A] worthy journey and universal themes emerge... It’s the ‘as it’s happening’ narration style that makes Cárdenas’s new work so innovative and exciting to read.'

'Thrilling... A writer of originality who makes the English language sound like music.'

“What I don’t transcribe I will forget,” Antonio, the protagonist of this roving novel, remarks. A Colombian divorcé living in Los Angeles, he obsessively documents the stories of those he encounters. He spends nights with women he meets on a sugar-daddy Web site and makes notes of their childhood stories the mornings after. He records his mother’s childhood recollections and the ramblings of his sister, who suffers from schizophrenia, and whose experience of abuse at the hands of their father haunts them both. The result is a collage-like meditation on the ephemeral. “I have come to define happiness collectively,” Antonio reflects, “and it’s ridiculous, given that most adult relationships end anyway.”

'Threads are woven together in an often-dazzling performance akin to a DJ's mashup, in which two different songs can be heard separately as well as together... Cárdenas’s deft characterization of Antonio’s confused, troubled masculinity is one of the novel’s most impressive achievements.'

'As exhilarating as it is dizzying... Postmodern and flamboyant, rich and daring... Cárdenas is a new force to be reckoned with in Latin American fiction.'

'[Antonio] writes down his erratic, erudite thoughts in a rush of breathless, brainy, convoluted sentences… The relentless restlessness of the prose reveals the fragility of [Antonio's] past and the possibilities of a more stable future as a better brother and more involved parent.'

'Modern, psychological, and very poignant...[Aphasia] has made a strong impression on its readers, myself included.'

'Reading the boldly inventive and fast paced novel Aphasia, is like road tripping through a warm country with your smartest friend; it might be one of the best trips you are likely to take this year.'

'Cárdenas is able to achieve a kind of dramatic momentum while also maintaining clarity and recognition for the reader... Seriously impressive.'

'Pacy, dense and enlivening... Vividly, colourfully assembled, sensitive to the small contradictions and failings of our lives and histories, Aphasia reminds us not so much that we contain multitudes as that multitudes contain us.'