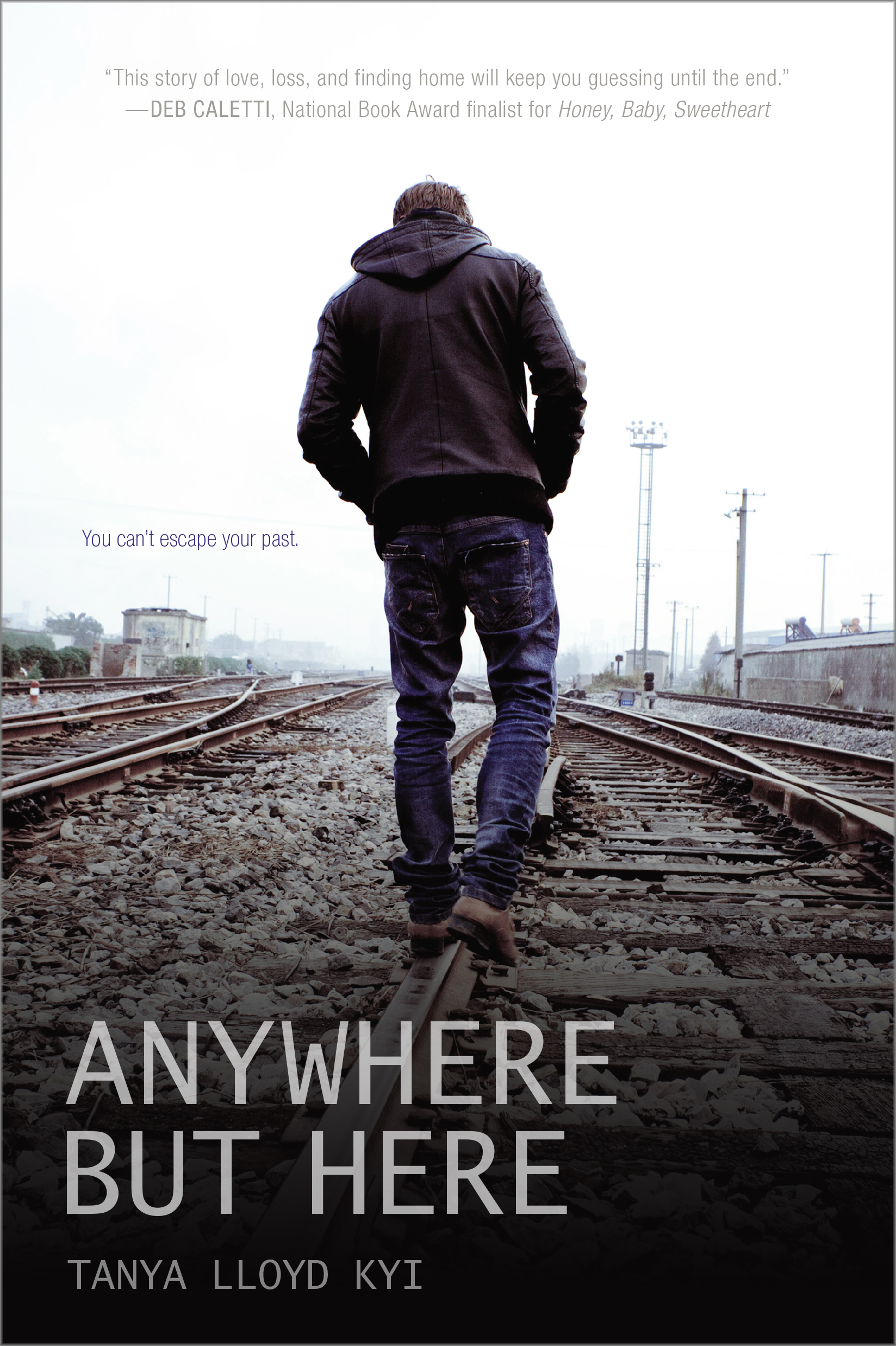 Cole’s small town is a trap he’s determined to escape in this fresh and moving debut novel that balances loss with humor.

Ever since his mom died, Cole just feels stuck. His dad acts like a stranger, and Lauren, his picture-perfect girlfriend of two years, doesn’t understand him anymore. He can’t ditch his dad, so Cole breaks up with Lauren. She doesn’t take the news very well, and Cole’s best friend won’t get off his case about it.

Now more than ever, Cole wants to graduate and leave his small, suffocating town. And everything is going according to plan—until Cole discovers the one secret that could keep him there…forever.

Anywhere but Here chapter 1 misguided dreams that interfere with perfectly hungover sleep
The first time I wake up, I lie there wondering what day it is. I can see sunlight poking through the curtains, high on the cement wall of my basement bedroom.

Shit! Shit, shit, shit! I leap out of bed as if the mattress has caught fire and grab my pants off the floor. It’s Friday, and Lauren hasn’t called to wake me up because Lauren isn’t my girlfriend anymore, and calling lazy-ass guys to cajole them to school is no longer in her job description.

A minute later I’m back on the bed. Perched with my head in my hands, dry heaving, I wish I’d called Greg last night instead of hanging out with Dallas. Dallas had an unfortunately generous beer supply. And the pants I just pulled on smell distinctly of vomit.

I wonder if I puked before or after leaving his house. Hopefully after. Then I wonder what my statistical chances are of passing next week’s history final if I don’t go to the review class this morning.

I roll my eyes toward the ceiling.

Winner . . . must have been the English.

Importance of the Plains of Abraham . . . no freaking idea.

But I’m going to pass, no problem. I yank the pants off again, crawl under the covers, and go back to sleep.

I wake for the second time in the early afternoon, stagger to the bathroom for two Tylenol and a drink from the faucet, then flop back onto my mattress. My book flies from where it was balanced on top of my headboard and almost brains me. The Guerilla Film Makers Handbook, by Chris Jones and Genevieve Jolliffe. One day, I’m going to make documentaries the way some of the people in this book make films.

There’s a pounding at the basement door. It’s probably only a tapping, but in my booze-addled cranium, it echoes.

I stagger over and fling it open. “What?”

I’m still in my boxers. I wouldn’t notice except that Lauren is standing in the carport looking like the leggy blonde from a romantic comedy, wearing a bright red dress and movie-star sunglasses.

“You look awful, Cole,” she says, slipping off the glasses. “Can I come in?”

Can my ex-girlfriend come in? She doesn’t look dangerous. As long as she doesn’t yell, I should be able to survive this. Our first, awkward, post-breakup conversation has to happen sometime, right?

I move aside. Waving good-bye to her friend Lex, who’s loitering on the sidewalk, Lauren sweeps past me through the hall and into my room, a wisp of vanilla perfume in her wake. She smells like a birthday cake fresh from the oven.

I follow her in and sit on my desk chair, crossing my arms and trying to look as if I have it together.

“Gross,” she says. “It’s like something died in here.” Without asking, she opens my window.

“How was school?” I’m hunting for a safe topic of conversation. It’s strange how you can talk to someone almost every day for two years and then feel suddenly so . . . separate.

“You missed the review session,” she says. Lauren is the most dedicated student I know. If the town of Webster were attacked by Shaun of the Dead zombies, Lauren would take her textbooks into hiding with her.

“What exactly did you do last night?” She picks up my jeans between her thumb and her forefinger and carries them to the hamper like toxic waste before straightening the quilt on my bed.

“Since when are you my mother?” I yawn.

I say it without thinking, but Lauren freezes.

“I don’t want to make you think about your mom.”

“I don’t want to bicker with you, either. I came over because last night, with my mom hovering in the kitchen, I felt like we didn’t get a chance to talk properly, and . . .”

But just so we don’t have to discuss things right this second, I leave to find my toothbrush.

The third time I wake up, Lauren’s leg is thrown over mine. And it’s naked. This is another good thing about Lauren. You wouldn’t think that an honor roll student with the work ethic of John Ford and a religious fanatic for a mother would be willing to sleep with me. She always said it was okay because we’d been together forever and because we were going to be . . .

“Mmmmm,” she breathes, wiggling closer and brushing her fingertips across my chest. She looks up at me with those blue eyes that seem brighter when she’s happy. “I’m so glad we’re okay again.”

My whole body tenses. I try to smile, but I can feel it turning into a grimace.

“What?” she says. She’s like that. She picks up my feelings through my skin, using weird lizard senses.

“I . . . um . . .” I don’t get any farther than that. There are too many things going on inside my head, and none of them are good. Potential sentences are swirling together like water in a toilet bowl. Did I say we were getting back together? I didn’t. I’m hungover, not wasted. I definitely did not say we were getting back together. I did just sleep with her. And I’m not such a jerk that I can sleep with her and then shove her out of bed.

“Oh, yikes!” I’ve never said “yikes” in my life, but that’s what comes out. “It’s four o’clock already? I have to be at the school. Guidance counselor. I gotta run.”

I pull on my jeans—clean ones—while I spout some nonsense about not wanting to miss the college application talk. It’s true that I have an appointment. We all automatically get one so we can talk about The Future before choosing our senior classes. Everyone knows the counselors spout a load of bunk. If they actually knew anything about the future, they wouldn’t be working as part-time high school fake-a-shrinks, would they?

I’d planned to blow off the appointment. Now, suddenly, it seems extremely convenient to go.

Lauren makes sounds in her throat as if she would like to talk, but I don’t even look at her. I tug on a T-shirt, grab my house keys from my dresser, and bolt.

“You might have to get dressed. Dad will be home from work in a while. I’ll see you soon,” I tell her as I dash toward the door.

I jog the first couple blocks down the hill, just in case she calls after me. 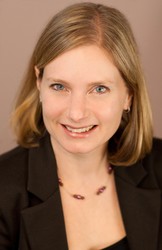 Tanya Lloyd Kyi and her family live near Vancouver, Canada. Visit her at TanyaLloydKyi.com.

“Cole’s voice is convincingly filled with a combination of angst and nonchalance.”

"Kyi's novel presents a heart-wrenching, realistic depiction of a son grieving the loss of his mother. Grades 9-12."

“Kyi demonstrates a certain amount of bravery in her treatment of the characters and their stories: Cole isn’t always as likeable as he thinks he is – in fact, he’s a bit of a jerk – and the other characters are vividly, humanly flawed. The author allows her characters room to make bad decisions and doesn’t flinch from dramatizing the consequences. The novel’s relatability twists inside the reader.”

"The book is unusually clear-eyed in its depiction of both the negatives and the positives of a close-knit small town. There's an underlying nuance to the dynamics and a pleasing lack of villainy to the characters, so events are emotional rather than melodramatic."

– Bulletin for Center of Children's Books