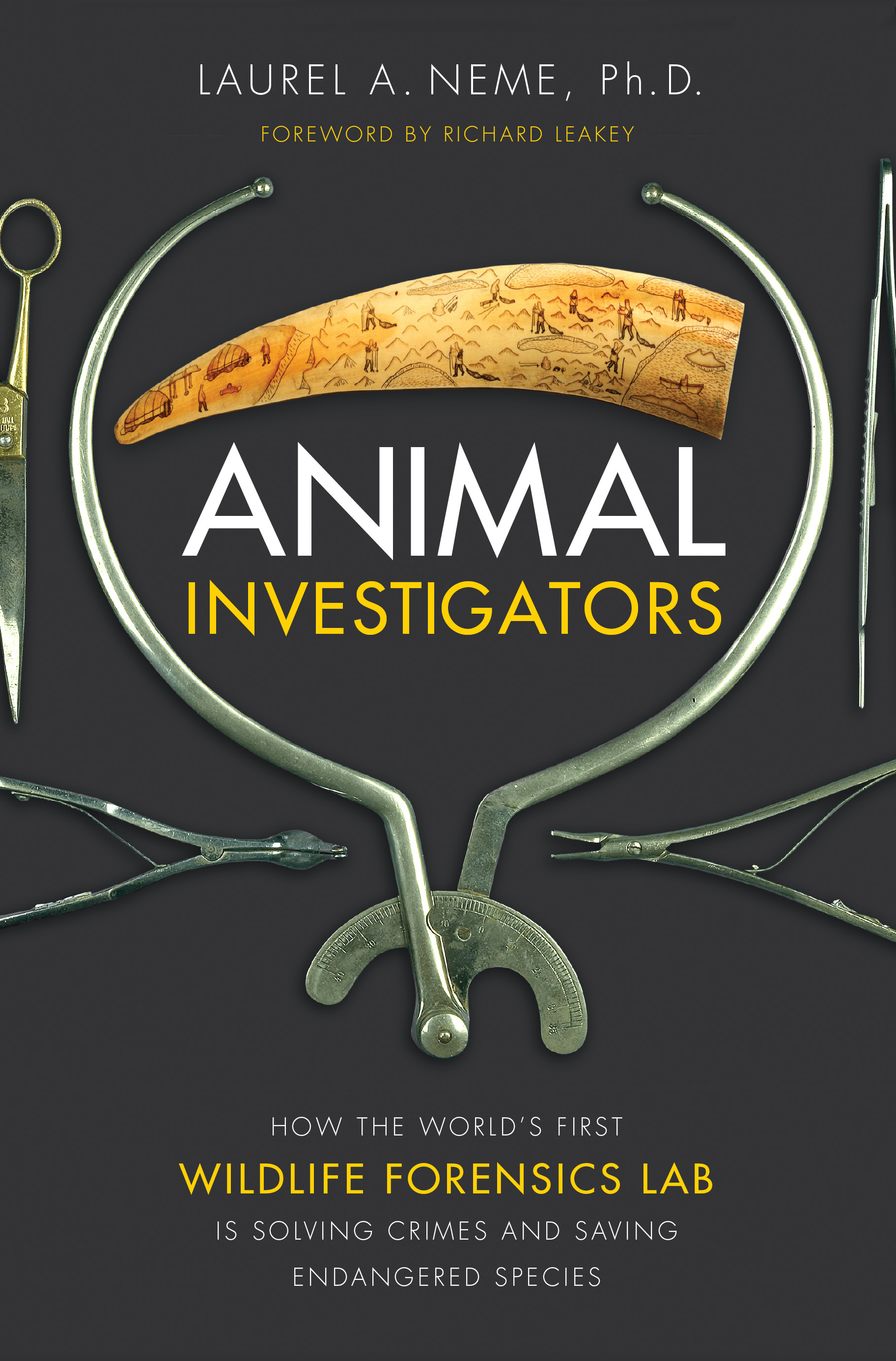 By Laurel A. Neme
Foreword by Richard Leakey
LIST PRICE: AU$ 31.99
PRICE MAY VARY BY RETAILER

Inside the Clark R. Bavin U.S. Fish and Wildlife Service Forensics Laboratory lies a rarely seen world, a CSI for wildlife, where a walk-in freezer contains carcasses and animal parts awaiting necropsies (animal autopsies); shelves and drawers hold pills, rugs, carvings, and countless other products made from parts of endangered animals; and a dedicated group of forensic scientists is responsible for victims from thirty thousand animal species.

Accomplished environmental journalist Laurel A. Neme goes behind the scenes at the wildlife forensics lab -- the only crime lab of its kind -- to reveal how its forensic scientists and the agents of the U.S. Fish and Wildlife Service are working to investigate wildlife crimes, protect endangered species, and stem illegal wildlife trafficking, the third largest illegal trade in the world.

In three fascinating cases -- headless walrus washed up on the shores of Alaska, black bears killed for the healing powers of their gallbladders, and gorgeous feathered headdresses secretly shipped to the United States from the Amazon -- Neme traces the USFWS's daring undercover investigations and how the scientists' innovative forensic techniques provide conclusive evidence of a crime. Throughout, she underscores the staggering international scope of the supply and demand for wildlife and animal parts.

Filled with the suspense and thrilling detail of a crime novel yet driven by the all-too-real drama of a small band of scientists and investigators battling a lucrative, high-stakes underground industry, Animal Investigators is an engrossing account of crime and cutting-edge science.

"A fantastic, exciting and revealing read! Neme takes us deep into the dark world of wildlife exploitation with a thrill level and suspense rivaling any episode of CSI, with one exception, Animal Investigators is far from fiction, as these genuine and mysterious crimes against nature are resolved by crafty and determined experts in the fields of wildlife conservation, law enforcement, and management." -- Jeff Corwin, wildlife biologist, producer, and host

"The greatest threat to the remaining wildlife in African rainforests is the illegal bushmeat trade - the murder of wild animals not to feed starving people but to feed the urban elite. Animal Investigators tells an amazing story about concerned scientists and forensic teams working to solve the murder mysteries that all too often are overlooked: the poaching and smuggling of endangered species." -- Dr. Jane Goodall, DBE, Founder - the Jane Goodall Institute & UN Messenger of Peace

"The moral case against wildlife trafficking has been made already. Animal Investigators is a stimulating account of what it takes to make the forensic case against wildlife and environmental crime. A new arsenal of techniques for thwarting the billion dollar global trade in illegal animal parts is emerging, just in time for the world's endangered wildlife species." -- Wayne Pacelle, President and CEO of The Humane Society of the United States

"Think CSI: Wilderness. Laurel Neme's book gives us a new set of heroes, in the labs of the Fish and Wildlife Service, and reminds us of one of the uglier set of villains on the planet, the traffickers in wildlife." -- William McKibben, author of Deep Economy and The End of Nature

By Laurel A. Neme
Foreword by Richard Leakey
LIST PRICE: AU$ 31.99
PRICE MAY VARY BY RETAILER