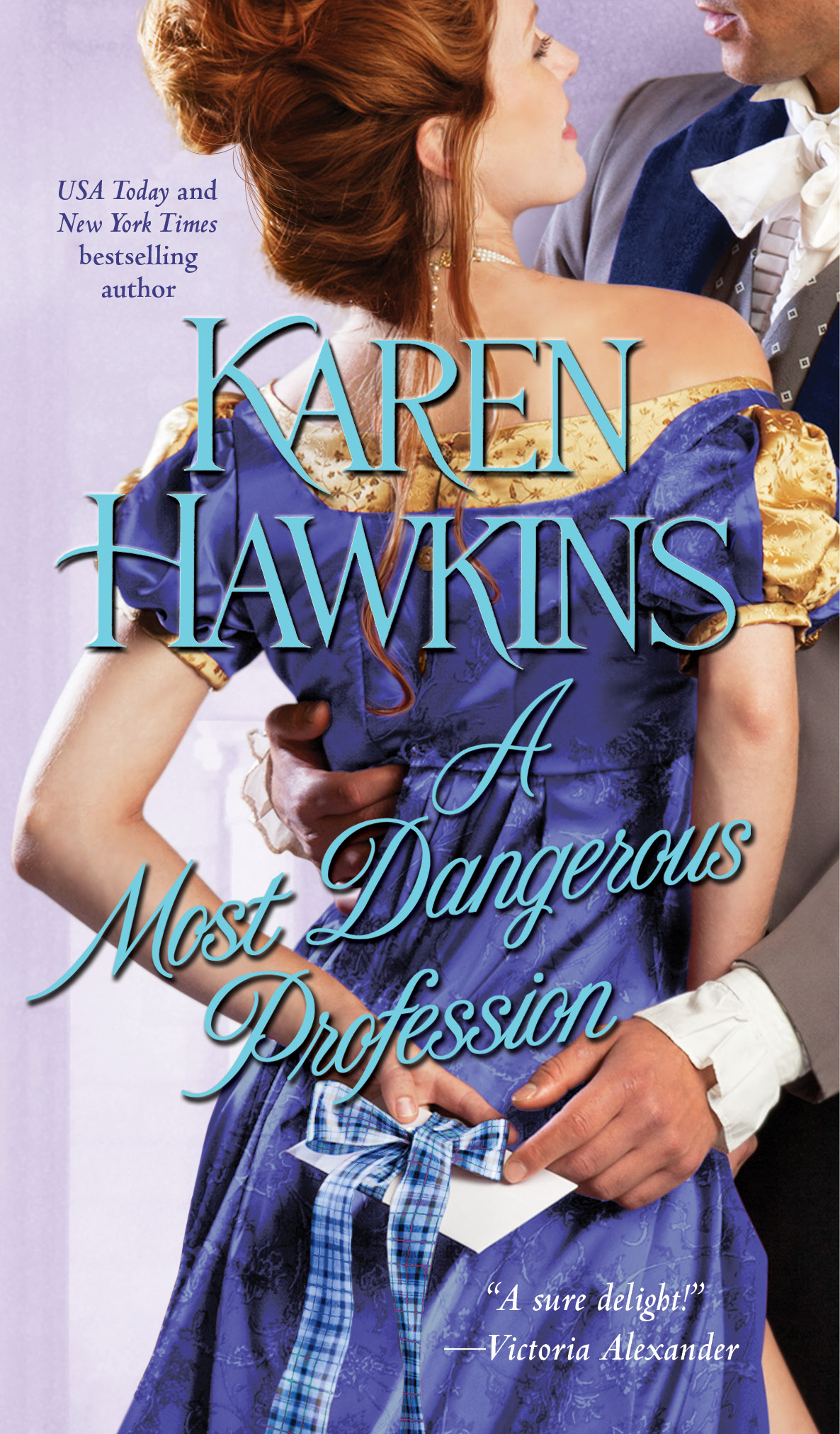 For beautiful, seductive Moira MacAllister, the stakes have become terrifyingly high. Her daughter has been abducted and a priceless ancient relic is the ransom. Moira must acquire it at any cost, even if it means confronting the man she once duped and left, a man who still doesn’t know she has a child . . . and that he is the father.

Robert Hurst, an operative in the king’s service, has never forgiven the mysterious spy who seduced him into marriage and then disappeared without a trace. Now, as he pursues the onyx box that will save his brother’s life, their paths cross again. But Robert isn’t sure which he longs for more—to satisfy his lust for revenge or to quench his relentless hunger for this bewitching woman.

When Moira reveals to Robert her long-kept secret, however, he realizes his burning desires must wait as a treacherous foe closes in, threatening all they hold dear . . . and their second chance at love.


A letter dated two weeks ago from Mary Hurst to her brother Michael.

The Hurst men are scattered to the winds. You’re being held by a horrid sulfi who won’t release you until we deliver the mysterious onyx box you purchased, which he fancies; William is braving the seas on his way to attempt to free you; and Robert is—(A large ink blot mars this portion of the letter.)

To be honest, we don’t know where Robert is. The last we heard, he was chasing a beautiful redhead through the wilds of Scotland in an attempt to unravel a mystery.

Oddly enough, of the three of you, I’m most worried about Robert.

Mr. Bancroft stepped onto the wide stone terrace and sighed at the thick mist that swirled about the trees and low lake. “Scotland!” he puffed out in disgust as he bent to wipe fat droplets of water from his shoes yet again with a handkerchief already limp from the damp air. “Who on earth would wish to live in a climate like this?”

Sighing, he reached into his pocket for a cigar, imagining the blessed warmth about to envelop him. He pulled out the cigar and frowned at the feel of it. “It’s damp! Damn this sodden, wet, thick-misted, sopping mess of a—”

The banker spun in surprise. “Mr. Hurst! Why—I—I—” The banker cast a glance at the house. “You’re a bit early. The sale doesn’t begin until this afternoon, and we’re not yet ready—”

Hurst leisurely withdrew his monocle from his left breast pocket and viewed the house that rose behind them from the mist. “So this is the famed MacDonald House. A pity it’s not for sale, too.”

“The new viscount would have sold it if it hadn’t been encumbered. As it is, he will have to be content with selling the contents.” Bancroft sent a sly look at Hurst. “I’m not surprised to find you here, sir. There are many interesting artifacts from ancient Greece, Egypt, Mesopotamia—”

“I know exactly what’s to be sold,” Hurst said drily, his dark blue eyes gleaming with amusement. “I received your letter last week and you were quite thorough in your catalogue, which I greatly appreciated.”

Bancroft chuckled. “I shouldn’t have given you such an advantage, but we’ve worked together so often that I felt it only fair.”

“I am honored,” Mr. Hurst said gravely, swinging his monocle to and fro from one finger. “Just as the Earl of Erroll was honored to receive his copy of the exact same letter.”

“And Lord Kildrew, Mr. Bartholomew, and God knows how many others.”

“Oh. I didn’t—That is to say, I never meant anyone to think—”

“Please, there’s no need to explain things to me,” Hurst said in a soothing tone. “You only wished to ensure a good number of bidders, which will be difficult in this godforsaken part of the country. Scotland is so . . . Scottish.”

The banker gave a relieved chuckle. “Yes! That’s it, exactly!” Feeling a sudden warmth at his visitor’s understanding air, Bancroft placed his hand on Mr. Hurst’s arm. “I promise you that if I’d had my way, I would have only notified you, sir.”

Mr. Hurst raised his monocle and eyed the hand upon his arm.

“Just so.” Mr. Hurst lowered his monocle and tapped it gently on his palm. “It’s a pity your letter came to the attention of so many. While I didn’t allow such an egregious error to discourage me from attending, others weren’t so unaffected.”

Mr. Bancroft tried not to look as crestfallen as he felt. “Indeed, sir?”

“My new brother- in- law, the Earl of Erroll, was adamant that he had better things to do than attend.”

“Yes, indeed. Lord Yeltstome swore he’d never come to another of your auctions unless dragged there by wild horses, which I thought quite overstated.”

Mr. Bancroft pulled out his damp handkerchief and wiped his even damper brow.

“Thank you,” Bancroft said in a faint voice.

Mr. Hurst pursed his lips. “Now that I think on it, I may be the only buyer attending from London.”

Mr. Bancroft cast a gloomy look at the thick fog that roiled knee- high across the lawn and now broached the terrace. He’d been at this house for two weeks and, other than two hours one glorious afternoon, had yet to see the sun. He didn’t think his spirits could handle the weight of the disappointment that surely awaited him at this afternoon’s sale. “The viscount has been relentless in demanding action, and that pressed me into acting hastily.”

“That’s exactly what I told the others. ‘Count on it,’ I said, ‘Bancroft was forced to write those foolish letters. He would never be so devious as to trick us into thinking we were all his favorite client.’ ”

“Of course not. At least you came, sir. I am quite content with that.”

“I came with gold in my pocket, too.”

Bancroft brightened. Mr. Hurst was one of the premier buyers and sellers of antiquities in all of England. It was hard to credit that the handsome, fashionably dressed man was the son of a lowly vicar, as well as being an employee of the Home Office. It was yet another example of how times had changed in the last twenty years.

It used to be that men of fashion treated their civic obligations with disdain and one knew what to expect. Now it was almost required that every member of society have a cause, which meant that men of good breeding frequently mixed with their lessers. Certainly, twenty years ago it would have been unusual for the son of a vicar to win the label of “leader of fashion,” and yet that was a very accurate description of Mr. Robert Hurst.

Of course, it had been rumored for years that Brummell himself had been the son of a valet. Brummell’s true origins were shrouded in mystery, as he’d had the good taste not to flaunt them. Hurst and his siblings, on the other hand, seemed quite easy admitting their humble parentage. And astonishingly, despite having little to no dowries and no connections to society, Hurst’s sisters had all married into the peerage. Of course, the Hursts were blessed with good looks and a seemingly unlimited amount of good taste, qualities often lacking in those born to the velvet.

Bancroft cast a surreptitious glance at Mr. Hurst, whose air quite rivaled that of the banished Brummell. Hurst was perhaps a bit more approachable, which was a benefit to men like Bancroft, for Hurst could be a valuable acquaintance.

“Mr. Hurst, I’m glad you made the trip to see the sale. You won’t be disappointed.”

“I’m prepared to be pleased.”

“However, the sale is not the reason I’m here today. There were actually two reasons I’m standing before you. One is that I’m looking for a specific item.”

Bancroft perked up immediately. “Oh? And what might that be?”

“I’m seeking a small onyx box of some antiquity. I don’t suppose you have any in your warehouses in London?”

“Not that I am aware of, but I will check my inventory the moment I return. Do you have details on the piece?”

“I have an excellent rendering. I’ll have a copy sent to your office. Should you find the box, I assure you that I will be most generous.”

The cold, misty day was already looking brighter. “I will be vigilant in finding your object. In the meantime, I hope you’ll find some equally interesting objects at this sale. The late viscount was quite the collector.”

“So I’ve heard. I saw him at many auctions, but I was never quite sure what he was attempting to collect. At one auction, he purchased a very boring Gilpin, and then a French silver set at the next. It will surprise me if there’s anything I might wish to buy.”

“I’m sure you’ll be happy with some of the artifacts. If it will convince you of their quality, I’ll allow you a quick look at the items. My assistant is even now putting them on display.”

“Mrs. MacJames,” Bancroft said, unable to keep the disappointment from his voice. “She’s worked with me for only a week, but she’s very knowledgeable.”

“Ah. I will take a look at those artifacts, thank you. Mrs. MacJames can assist me if I have any questions while you stay here and enjoy a cigar. I insist you try one of mine, from America. It’s the finest tobacco to be had.” Hurst flicked back a lace cuff, reached into his coat, and withdrew a small silver case. He snapped it open, removed a tobacco leaf, then handed a perfectly rolled cigar to Bancroft, its fragrant aroma tickling the banker’s nose. “The loose leaf keeps the moisture in the case at the proper level.”

The banker sniffed the cigar and rolled it between his fingers, sighing with pleasure. “I don’t normally smoke while working, but it’s so blasted cold here.”

“I completely understand.” Hurst returned the case to his coat and then touched his hat brim. “Enjoy your cigar. I shall return shortly.”

“Please take your time! I’ll just wait here and—” But Hurst had already crossed the terrace and entered the house, the door clicking closed behind him. It wasn’t until Bancroft had almost finished the cigar that he realized that Hurst hadn’t shared the second reason he’d made the trip from London. 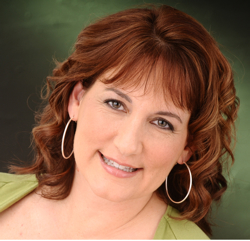 New York Times and USA Today bestselling author Karen Hawkins writes novels that have been praised as touching, witty, charming, and heartwarming. A native Southerner who grew up in the mountains of East Tennessee where storytelling is a way of life, Karen recently moved to frosty New England with her beloved husband and multiple foster dogs. The Dove Pond series is a nod to the thousands of books that opened doors for her to more adventures, places, and discoveries than she ever imagined possible. To find out more about Karen, check in with her at Facebook.com/KarenHawkinsWriter, @KarenHawkinsAuthor on Instagram, and at her website, KarenHawkins.com.

"One thrilling adventure after another keeps A Most Dangerous Profession spellbinding and results in overall captivation." - Single Titles Reviews

"If you're looking for a guaranteed-good-time-read, A Most Dangerous Profession is the book for you!" -- The Romance Dish

"A Most Dangerous Profession is a charming and witty story that is sure to capture your heart!" -- My Book Addiction Reviews

More books in this series: The Hurst Amulet