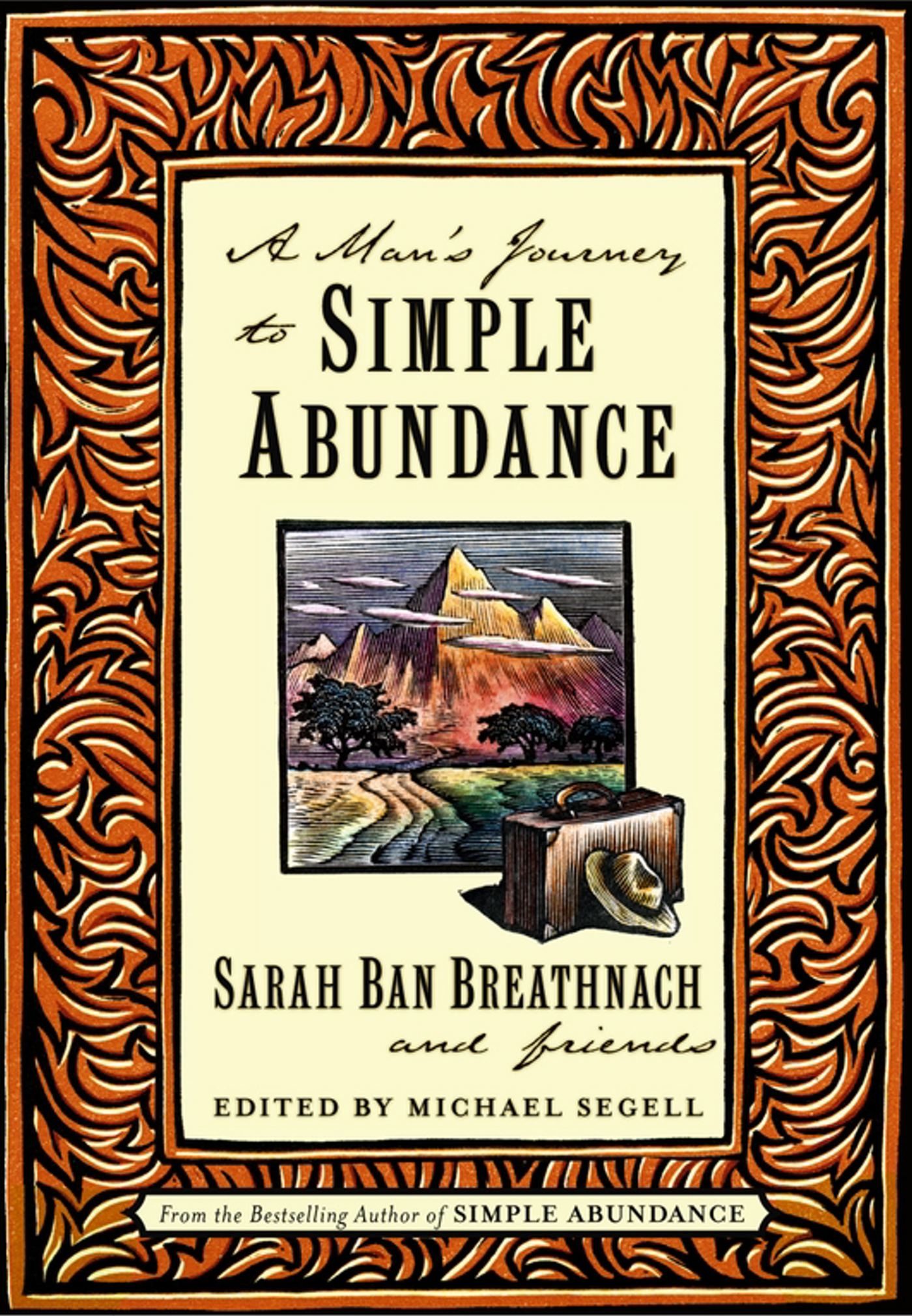 A Man's Journey to Simple Abundance

By clicking 'Sign me up' I acknowledge that I have read and agree to the privacy policy and terms of use, and the transfer of my personal data to the United States, where the privacy laws may be different than those in my country of residence.
Reading Group Guide

Questions for Men
1. Many of the essayists -- particularly Mark Winegardner -- refer to the influence of their mothers. What areas of the authors' lives were most influenced by their mothers? What impact did your mother have on your life? Did she play a particular role in shaping your career decisions or personal choices?
2. In the preface to the book's "Fathers" section, Michael Segell writes, "How sad it is that so many of us seem to know and appreciate our fathers better in death than in life." Do you think this belated understanding of fathers is true of daughters as well as sons? If so, why? Generally speaking, do men or women have an easier time relating to their fathers, and why? Also, as Charles Siebert's essay points out, it seems men often draw closer to their fathers only in times of tragedy or severe need. Why do you think this is? Are there examples from your life, or the lives of friends and family, that mirror this?
3. Recall Nelson Aldrich's distressing tale about his family's wealth. Who taught you financial lessons, your mother or father? Both? Neither? How do you cope with economic hardship, or react to prosperity? How does this differ from the women you've known and their attitudes to money?
4. There are many essays about being or having a mentor. Have you ever been a mentor to someone outside your family? How did you and the other person benefit from the relationship? Were your favorite teachers men or women? Compare them to other men or women who have influenced you. Is there any trait these role models share?
5. Several essayists -- including Daniel Menaker and Tim Cahill -- refer to anxiety disorders. Have you ever suffered from a similar ailment? Have your male friends? What causes you the most anxiety? Do you believe men are more or less prone to anxiety than women? Why?
6. In his essay on men's moods, Robert Johnson refers to four faculties outlined by Carl Jung -- thinking, feeling, sensation, and intuition. How do the men display these faculties in the essays? Of the four faculties, is there one that seems more prevalent than others throughout the book?

Questions for Women
7. Roger Evans writes, "Even though I knew clinically what Laura was up against, I just had this confidence and resolute feeling that cancer had picked on the wrong person." This stubborn opposition to life's challenges is often seen as a shortcoming in men, but these essays tend to show it in the service of compassion and loyalty. Are there other masculine traits associated with negative stereotypes that you saw in a more positive light in these essays? Are there traits or tendencies on display in this book that you don't typically equate with men?
8. Sting writes, "What was I thinking? Well, I wasn't. There seems to be very little cognitive process associated with risks." Which essayists assess risks carefully and which plunge into change with little thought of consequences? How do these men approach risk differently than you would as a woman?
9. Geoffrey Norman writes about raising risk-taking daughters, often in the face of criticism from others. Is this typical of the way men you know have raised their daughters? If not, how is it different? As a woman, do you agree with his approach? Would you feel differently if it were a son?
10. Do you participate in physical practices or routines that constitute a "form of meditation," as Elwood Reid put it? If so, what are they? In general, what is your relationship toward physical exertion? What do you think of the men in the book who crave athletic or physical regimens? Do you share that desire? If so, do you think it's for the same reason men do?
11. Are the men in your life more or less spiritual than the women you know? Have you ever argued with a man about spirituality and religion? What was the root of the conflict? Conversely, have you ever felt strongly attuned to a man's sense of spirituality?
12. Could any of these essays have been written by a woman? Why or why not?

Questions for Men and Women
13. In the introduction, Sarah Ban Breathnach writes of the book: "Certainly, it was written in the spirit of bringing men and women closer together by revealing our similarities, not just our differences." Did this book make you feel closer to the opposite gender? If so, how? Does the book as a whole suggest there is a uniformity or consistency to the male perspective?
14. Which essay resonated most with your own life? Which was the farthest from your own experience? What did you learn from each?
15. Discuss Greg Marinovich's essay on photographing atrocities. Does this ability to witness violence without intervening seem particularly male to you? If you are a man, could you imagine taking the photographs Marinovich took with a relatively steady hand? If you are a woman, do you think you could distance yourself from your moral outrage in such circumstances?
16. Gallagher Polyn's essay confronts the issue of men's health. Are physical illnesses more alienating for men than for women? Is it more socially difficult to be a stricken man than a sick woman? If so, why? What are the differences in the way our culture views illness in each gender?
17. Does either sex have a greater ability to deal with solitude? Does either sex crave it more? What different joys do men and women experience in solitude? If you could choose any amount of time to "get away from it all," how long would you take, where would you go, and what would you do?
18. Several essays grapple with the notion of questioning one's purpose. Have you traditionally thought of this as a manly dilemma? Do you think men or women tend to be more restless? In what areas of life are men and women more likely to make drastic changes?
19. Bruce Main writes: "...I learned that our best mentors and lifetime guides could be found in the characters of a novel..." In what ways have fictional characters affected your decision-making? What books have had the most formative effect on you and how, specifically, did they change you?
20. In the spirit of the lists throughout the book, compose the following lists and share them with others in the group:

Sarah Ban Breathnach's work celebrates quiet joys, simple pleasures and everyday epiphanies. Her wisdom, warmth, compassion and disarming candour have made her a trusted voice to millions of women. She is publisher of Simple Abundance Press and president and CEO of Simple Abundance, Inc., a consulting firm specialising in publishing and multimedia projects. Sarah is American but lives part of the year in Lincolnshire when writing.

A Man's Journey to Simple Abundance