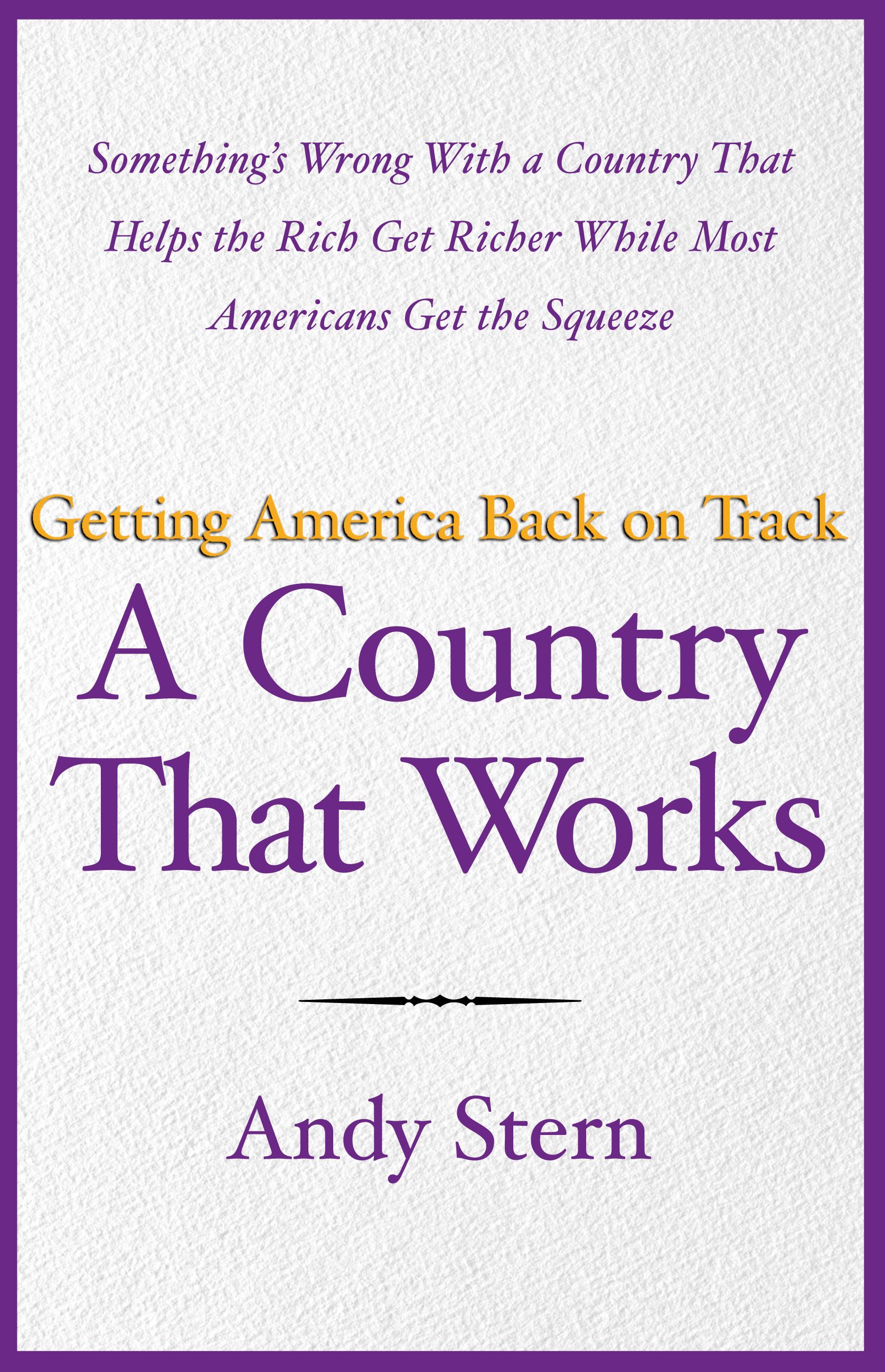 A Country That Works

Getting America Back on Track

Andy Stern, one of the most visionary leaders in America today, has fought relentlessly to ensure that Americans' hard work is rewarded in today's hypercompetitive, globalized world. As the newsmaking president of the fastest-growing, most dynamic union in America, he has led the charge for modernizing the "house of labor" -- taking unions out of the past and into the twenty-first century. He has spearheaded the campaign against the "Wal-Marting" of jobs and has innovated transformative solutions to the daunting problems facing Americans, from job insecurity to runaway health care costs. In this powerful critique and call-to-arms, he offers a revelatory dissection of the gathering threats to our standard of living -- threats that our politicians have failed utterly to address -- and he puts forth a bold, unassailable plan for making vital reforms.

In his eye-opening diagnosis that makes the urgency of the threats vividly clear, Stern shows that Americans are contending with the most disruptive economic upheaval in the world economy since the Industrial Revolution. Yet, in the face of this daunting challenge, the American system simply isn't working well enough for most of us. Stern powerfully portrays how with the pace of globalization relentlessly quickening, the competitive pressures on our jobs and quality of life are heating up even more, especially as housing, health care, and oil prices skyrocket. While CEO salaries soar and business and the wealthy are handed plentiful tax shelters, the incomes of both white-collar and blue-collar workers stagnate, leaving most Americans struggling to pay off ever-escalating debt, instead of saving for retirement. The plain fact is that our system is out of whack, serving the interests of the top sliver of the most wealthy while putting the squeeze on the rest of us.

Meanwhile, our politicians irresponsibly sidestep the crucial solutions that we so desperately need in order to make sure Americans can move into the twenty-first century with their futures secure. As Stern so persuasively shows, it is time for bold thinking and creative solutions to overhaul a health care system in crisis; correct a tax system rigged in favor of business and the wealthy; revamp our inadequate retirement system; and make truly innovative improvements in education. He presents a set of course-correction reforms so compelling, simple, and achievable that readers will find themselves enraged that they haven't yet been enacted. Americans have a right to expect our government to work for us. Andy Stern shows how we can get things back on track to make sure it does. 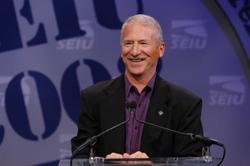 Andy Stern is president of the Service Employees International Union (SEIU), the largest and fastest-growing union in the United States and Canada. In July 2005, to more effectively represent workers' interests in the twenty-first century, he led his union, along with the International Brotherhood of Teamsters and several others, out of the AFLCIO to start the Change to Win federation, the first new labor movement federation in fifty years. Stern is the leader of a number of successful, trailblazing campaigns to value and reward the work of America's workers. He was a key strategist in the creation of Wal-Mart Watch, a campaign to push for better work conditions and health care benefits for the company's employees. Stern also helped to found America Votes, a coalition of many large-membership organizations whose goal is to increase voter participation. He is a graduate of the University of Pennsylvania, and he lives in Washington, D.C.

"The future of the American dream may lie in the hands of Andy Stern and his bold vision for reform. Read A Country That Works to understand the forces that split the American labor movement in 2005. Or read it for a glimpse into the heart of a man who has devoted his life to the struggle for a better deal for American working people. Either way, be prepared to throw out all your stereotypes about 'big labor' and embrace a vital agenda for change." -- Barbara Ehrenreich, author of Nickel and Dimed: On Not Getting By in America

"Andy Stern has written an important book that reveals the alarming facts about how our government is failing to meet the challenges of globalization and putting America's future at risk. His bold vision for reform is a call to arms that should be read by all Americans." -- George Soros, financier and philanthropist

"Andy Stern's A Country That Works provides a practical, cooperative approach to cultivate healing and economic growth in America, written by a man who is deeply committed to the potential of both this country and its workers. Stern's strategy of adaptive cooperation would restore the American Dream to employees and employers alike, rewarding those who share a deep-seated belief in equity and community -- the values that built our great nation." -- Donna L. Brazile, former campaign manager for Gore for President 2000, author of Cooking With Grease: Stirring the Pots in American Politics

"I'm 28, and this is not the world that I or my friends expected when we were growing up. I found this book remarkably useful in thinking about the value of work in America. While there are a lot of books that decry inequality, attack corporate corruption, or criticize freemarket fundamentalism, rarely is the author someone who has 30 years of experience creating change for millions of workers. Stern presents a vision that is based on years of institutional struggle and a practical sense of the grand scope of what is both necessary and possible." -- Matt Stoller, President of BlogPac and blogger at MyDD

A Country That Works

Getting America Back on Track