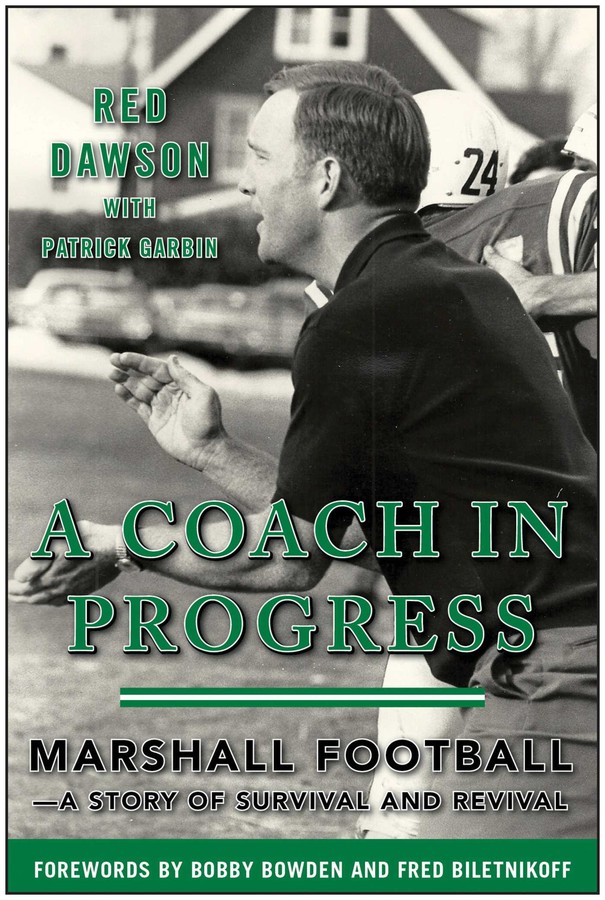 A Coach in Progress

A Coach in Progress depicts the catastrophe of the Southern Airways flight that crashed en route to Huntington, West Virginia, in 1970, killing all seventy-five passengers on board: players, coaches, and boosters of the Marshall University football team, as well as the flight crew. From this tragedy, the foundation of the Marshall football program was laid, and it has thrived ever since, culminating with the Thundering Herd being the winningest team in the NCAA Division I program in the 1990s, portrayed in the hit movie We Are Marshall, and currently under the direction of head coach Doc Holliday.

This book is written from the viewpoint of Red Dawson, a former Marshall assistant football coach, who was one of the few team members not on the plane. Still suffering from survivor’s guilt decades after the crash, Red has recovered enough to finally discuss the disaster in full. What’s more, Red helped build a team with mostly freshmen and walk-ons in 1971, and thus was recognized as bridging the gap from tragedy to rebirth” of the Marshall football program.

Red also reveals what he previously would not discuss: the seemingly insurmountable obstacles he faced prior to the plane crash and the difficulties that followed the tragedy, like the heated tension that persisted between school administrators and a harassed and confused Red as they all attempted to rebuild the devastated program.

This book is the story of Red Dawson’s involvement with Marshall football during the last near half century spent living with the memories of the worst sports-related air tragedy in history.

A Coach in Progress